You Have Been Saying These 23 Phrases All Wrong 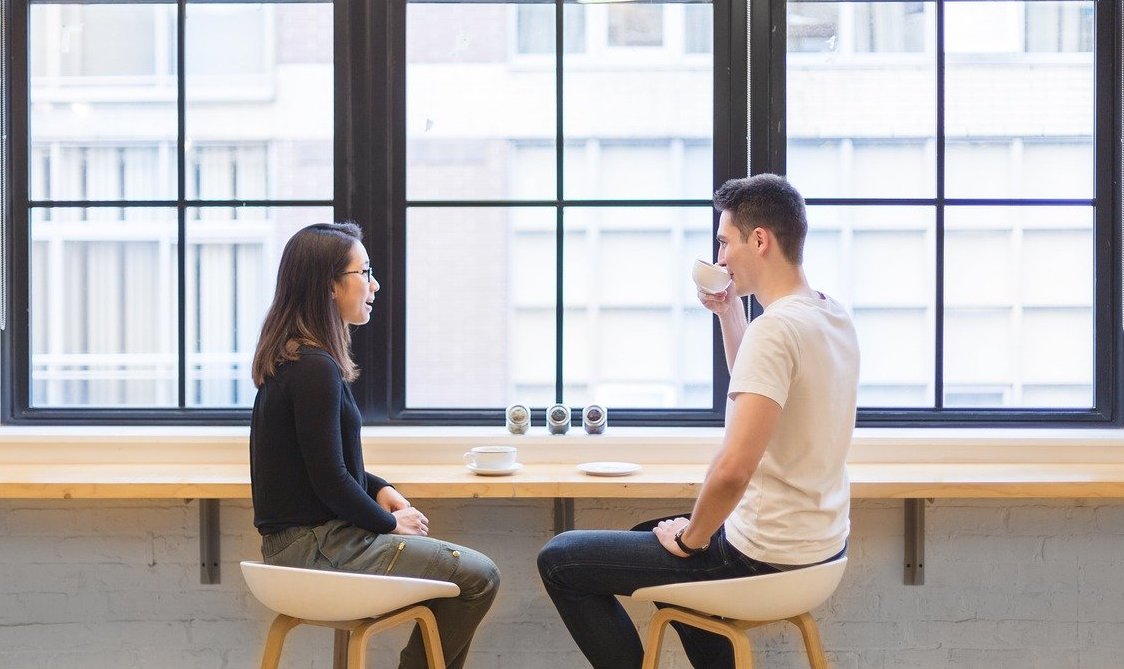 One of the best ways to improve your English speaking skills is to expand your vocabulary and familiarize yourself with the common jargons and idioms in English. The English language has a wide plethora of idioms, expressions, and phrases that are very useful to express our ideas and thoughts more eloquently and meaningfully. These phrases are used by native speakers in their everyday conversations, but that doesn’t mean they use it correctly. Let this list be your guide to using the correct phrases and expressions.

This is one of the most commonly mistaken phrases in the English language. A lot of people use “I could care less” instead of the correct one, “I couldn’t care less” which makes their statements the opposite of what they really mean. You see, when you say “I couldn’t care less”, you mean to say that you don’t care at all about something or that the amount of care or interest you have in something couldn’t be any lesser, on the other hand, when you say “I could care less” you actually mean you are concerned about something.

Example: “I couldn’t care less about what she wore at the party.”

This phrase is used to emphasize that something is exactly the same as another thing. You can express this by just using “the same” but it lacks the weight and the extra impact “one and the same” has. Its incorrect variant, “one in the same” just doesn’t make any sense. Although it is incorrect, people still mistakenly use it because they interchange the sound of “in” and “and.” Be careful not to commit this mistake yourself so you can avoid making no sense.

Example: “Those students wanted one and the same thing—pass their classes.”

3. On accident – By accident

Prepositions can be quite difficult, especially for those who are learning English as their second language. It’s a little tricky and crucial, so it’s best to familiarize yourself first before using them. The phrase “by accident” means something happened or something was done unintentionally, not on purpose, purely just by chance. “On accident” doesn’t make sense as it uses the wrong preposition.

Example: “I was shopping at the mall and I bumped into her by accident.”

This one’s just a case of misspelling. Statue and statute are two very similar sounding words with two very different meanings, that additional “t” makes a big difference. A statute is a written law, rule, or regulation passed by a legislative body, a statue, on the other hand, is an object that is a representation of an image of a person, an animal, or a thing. Sure, you might get creative and think there can be a statue of limitations, but unfortunately, there is none. There is only a statute of limitations.

Example: “There is no statute of limitations for the dreams you have.”

Self-deprecating means undervaluing and criticizing yourself, your abilities, and your achievements. From the word deprecate which means to disapprove something or to think something of little value or importance. However, depreciate is an economic term used to describe something that loses value over a period of time. Although both words have closely-similar meanings, self-deprecating is still the grammatically correct phrase to use.

Example: “John is a very entertaining guy, but he worries us with his self-deprecating humor.”

People have been saying this wrong since the early 20th century. “Ir” is a prefix that is added to a phrase to negate it. Regardless means without regard, so by saying “irregardless” you have a double negative word, which isn’t right. Basically, when using irregardless, it translates to “without without regard” which doesn’t make any sense at all.

Example: “Regardless of the weather, Jim and I are going to the beach next week.”

Escape goat is an eggcorn—a word or phrase mistakenly used for another word that results from mishearing or misinterpretation. This eggcorn was coined because escape and scape sound a little similar, especially when spoken quickly. The term scapegoat was actually used in the Bible for an animal that is ritually burdened with the sins of a community and then sent into the wilderness. Keep in mind though, that the modern phrase doesn’t involve any escaping animals. A scapegoat is a person who is blamed for the faults and wrongdoings of others.

Example: “Beware of that man, he’s just using you as a scapegoat for the crime he committed.”

Yet another addition to the long list of misspelled and misheard words. Peak, peek, and pique are homophones—words that sound the same but have different meanings and spellings. In this phrase, pique is the right word to use because it means to arouse, provoke, or stimulate your interest.

Example: “The old museums in Germany piqued my interest.”

Wreck and wreak are words that are often mistaken for one another and are used interchangeably, but you must know that these two words have opposite meanings. Wreck means to destroy while wreak means to cause. So, in the phrase “wreak havoc” you mean to say to cause great chaos or damage.

Example: “The recent typhoon wreaked havoc in the city of Tokyo in Japan.”

10. The spitting image – The spit and image

This phrase has many origin stories, with one dating as far back as the early 19th century. The idiom spit and image became popular back then to describe things or persons that look very much alike. It was a reference from the Bible when God created Adam in his likeness using spit and mud. Centuries after, the phrase “spitting image” came into view and was used in place of the old idiom. Both phrases are correct but in this day and age, only a few writers still use the old idiom spit and image.

Example: “Emma’s baby is the very spit and image of her husband.”

Example: “For all intents and purposes, the project is finished.”

“Mark is a good student.”

Conversating is another eggcorn of the right term conversing. Just because the root form of this word is “conversation”, it doesn’t mean “conversate” is the right word. A lot of people make this mistake so be extra careful when using this.

This phrase is one of the reasons why you should pay attention to Math class. This expression is used to indicate a complete change or reversal of something or someone’s current condition. Making a 360-degree turn is incorrect because if you did that, you’ll just wind up in the same place you were before.

The challenge of pluralizing compound nouns is not uncommon. But to make it easier for you, always remember the general rule to add the “s” after the noun that there’s more of. Like brothers-in-law and runners-up.

Example: “His sisters-in-law prepared a surprise birthday party for Hailey.”

Slight is an eggcorn of sleight. Because they sound so similar, the misspelling has gone unnoticed and became the norm for most people. But be wary in using these words because they have completely different meanings, sleight is the use of dexterity to deceive while slight means tiny, little, or minute.

Example: “Magicians use sleight of hand to impress their audience.”

The use of prepositions really makes a big difference. Waiting “on” means serving or working for someone, like a waiter to his customers while waiting “for” means waiting for something or someone to arrive or happen.

Examples:  “I’m waiting for my family to pick me up.”

“Sam is waiting on a customer right now. Call him back later.”

Surprise! Another eggcorn. The correct expression is bated breath which first appeared in Shakespeare’s The Merchant of Venice. The original word was actually abated but over time, the shortened version bated became the norm. Bait, however, is a food that is used to lure and attract fish and other prey.

Example: “The students waited with bated breath for the college entrance exam results.”

Another senior idiom that goes way back in 1647. Case in point is an idiom used to introduce good examples to serve as proof to support an argument or a statement. Case and point, on the other hand, is just a misspelling.

Example: “Mike is a really good tour guide. Case in point, he was able to show us all 10 temples in two days.”

Example: “I’m pretty sure I’ll have tears rolling down my cheeks as soon as I set foot in Mykonos. It has always been my dream to go there!”

I understand why this is one of the most commonly confused phrases, but it’s better if you know and use the right one. So the expression exact revenge means to punish a person who has wronged you before, or in simpler terms, getting your revenge. The word exact in this phrase is used as a verb which means to demand and obtain. Extract doesn’t really fit the expression as it means to remove or take out. So if you’re going to say “extract revenge” you actually mean you’re removing the revenge out of someone.

Example: “The characters in the movie are plotting a whole scheme to exact their revenge on the murderer.”

This one is a case of tautology or redundancy. Haven itself already means a place of safety or refuge. So saying safe haven just repeats the same meaning.

Example: “That place offers a haven for abused and abandoned animals.”

This mistake is more often committed when speaking than writing. The phrase “should have” is used to refer to a missed opportunity in the past. It is often presented as the contraction “should’ve” which makes it sound similar to “should of”, but should of should never be used as it makes no sense and to form the correct verb phrase, the helping verb “have” needs to come after the word “should.”

Example: “You should have visited Anne Frank’s house in Amsterdam, it’s one of the highlights of the city.”

In conclusion, you are advised, for all intents and purposes, to always use the right expressions, idioms, and phrases to avoid confusion or worse, give the wrong idea.