When to use “S” at the End of a Word in English? 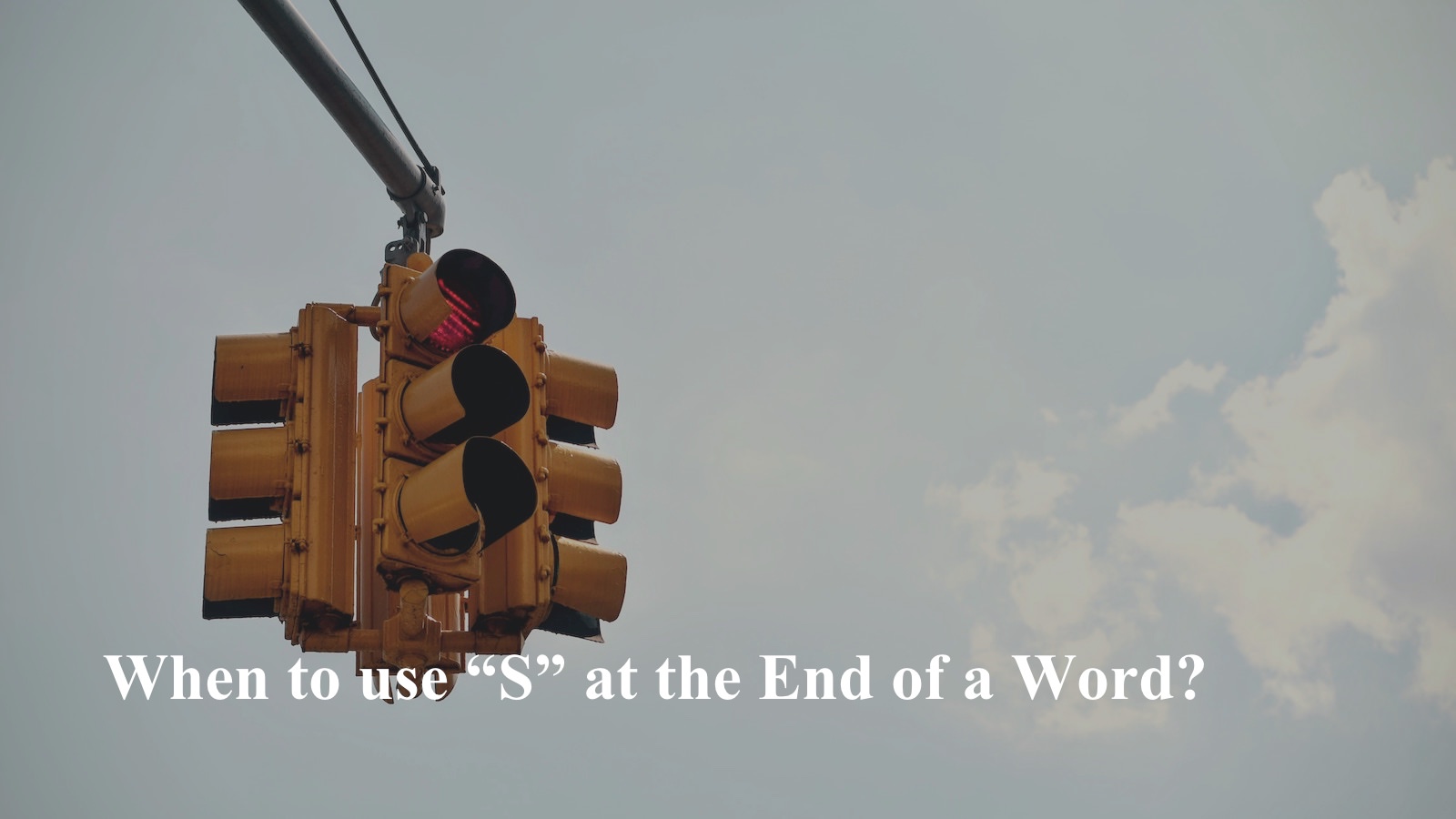 What do you think does it mean when you hear someone saying, “I like pig!” or “I like dog!”?

This can mean only one thing: this person likes the taste of pigs or dogs! That’s what happens when you miss the “S” at the end of a noun when it should be there. The sentence has a completely different meaning. But when you say,

this means you like these animals as pets and you enjoy having them or playing with them. These are also grammatically correct compared to the first two sentences. Today, we will learn when to use “S” at the end of your words to convey the proper meaning of your sentences.

When you say “I like chicken!” that tells me you love eating chicken meat! If you say, “I like chickens”, this means you love having them as pets. When you enjoy pet chickens, cats or horses, always put your “S” at the end.

It will help a lot to remember these simple rules when using “S”:

RULE 1: Always use “S” with countable nouns when it’s plural

Countable nouns (or count nouns) are those that refer to something that can be counted. They have both plural and singular forms, examples girl/girls, apple/apples, cat/cats, house/houses, etc. In the singular form, the article A or AN comes before them.

Related Article: When to Use the Article THE with Uncountable Nouns

Chad: WOW! So you have a lot of guests coming for Thanksgiving dinner. How many people do you expect?

So, Kim’s answer is wrong because “person” is a countable noun, and since it’s more than one (plural), you put an S there: persons.

Again, in this scenario, Tim is wrong. Dollar is a currency and can be counted. So better to put an S there as well: dollars.

RULE 2: If you only have one of something countable, you don’t need the S

If you only have one of something countable, you don’t need the S. So with singular countable nouns, there’s no need to add the S.

Only ONE dollar, ONE car, ONE horse, and ONE boat. So there’s no need to add an S.

This time, learn how to use S with several, a lot of, and many.

Related Article: Quantifiers: How to Properly Use ‘Much’, ‘Many’, and ‘A Lot of’

Several, a lot, and many are adjectives that give more information about the noun that comes after them. They determine the amount of something. They mean more than one. So, when using these adjectives, you need the plural form of the noun, and so you must put the S at the end.

Wrong: There are several trophy on the shelf.

Correct: There are several trophies on the shelf.

Let’s break it down here:

several = more than one

trophies = plural noun / more than one

Wrong: I have a lot of cat.

Correct: I have a lot of cats.

Wrong: This town has many hot spring.

Correct: This town has many hot springs.

Wrong: My city has many bridge.

Correct: My city has many bridges.

At this point, let me just mention that TOO MANY has an entirely different connotation. Although you can use TOO MANY to describe more than one countable noun, using this shows a negative meaning. This means you don’t like the noun or that something.

So remember that many, several, and a lot are used to express something positive.

RULE 4: Use S for singular verbs

Use S for singular verbs.

English grammar rule says that a singular verb always has an S.

Now, there is one group of pronouns which can be confusing to use:

They all mean exactly the same: ONE person that has no specific name. Since each of these is singular pronoun, then your verb must have an S.

So for the pronouns listed above, they always go with singular verbs. For instance, you can say,

Notice that likes, loves, and enjoys are all singular forms of the verb, so there’s an S at the end.  Here is where the grammar rule for subject-verb agreement comes in:

As a side note, another thing to remember: always use the singular helping verb HAS when using these pronouns.  For example:

HAVE is reserved for plural usages. So just a quick review, helping verbs include:

This is for an entirely different grammar topic.  But for now, just remember that we always use HAS for singular pronouns. So example, you can say:

What are HELPING VERBS?

The park has opened.

has =  helps “opened” to express the state

A helping verb is always JUST BEFORE the main verb. Other examples are:

Helping verb is easy to spot! We use them all the time!

So, remember to use your S when it should be there, and don’t add it when it shouldn’t be there. This way, you’ll avoid errors in your sentences.