When to Use Gerunds? 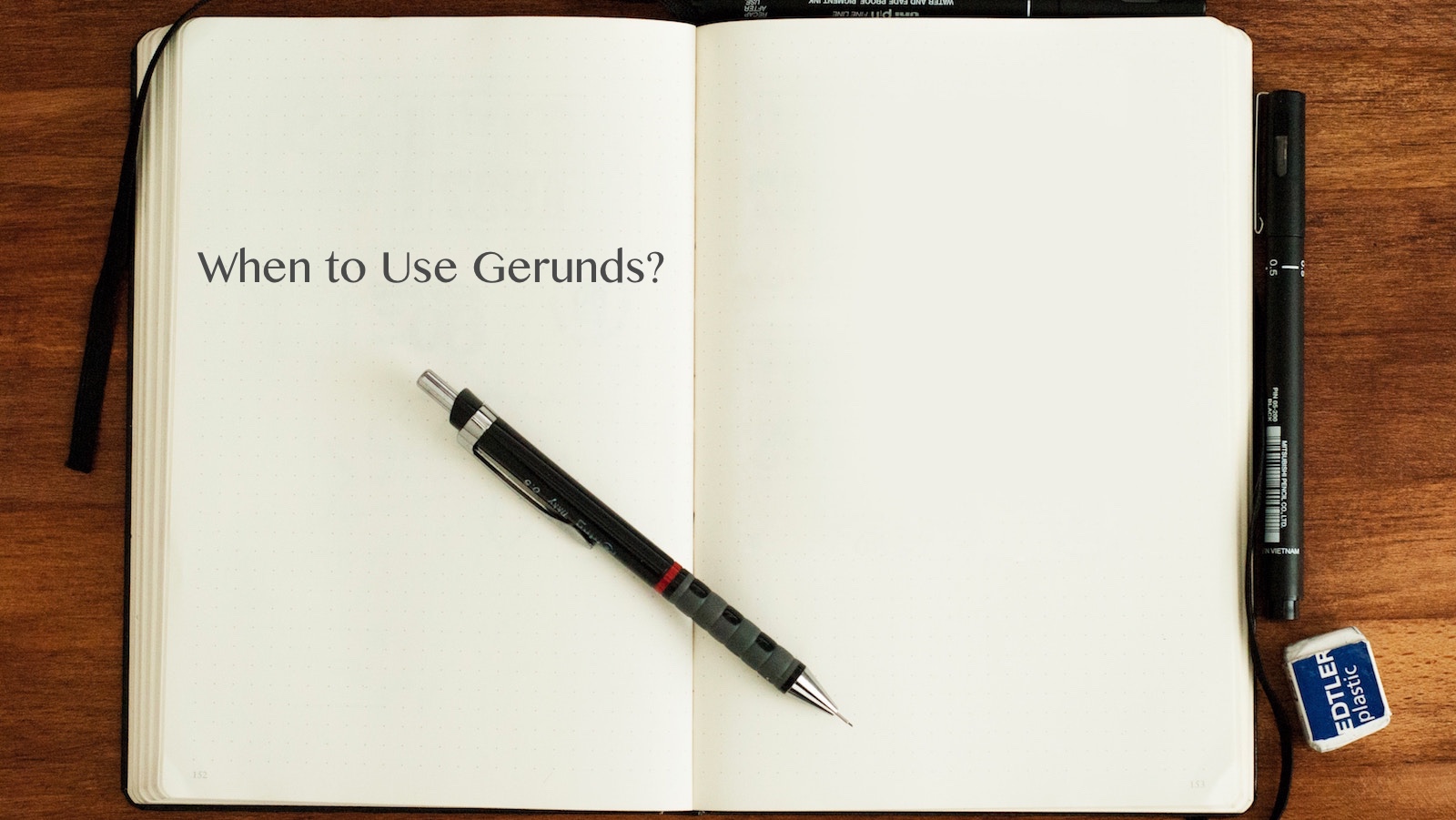 Many of us get confused with gerunds and infinitives. Have you seen sentences like these before?

These sentences use gerunds: watching and smoking. In today’s lesson, we will spend time understanding gerunds better. Gerund is a grammatical tool that will help you construct sentences. It also helps you deal with using TWO verbs in one sentence.

Gerunds are verbs to which “-ing” is added. They look like a continuous tense but are used differently. They are used as a NOUN in a sentence.

Example: Eating in class is not allowed.

“Eating” is gerund because it is used as the subject of the sentence. It functions as a noun here. Now, compare it to,

He was eating in class. (past continuous)

In this sentence, “eating” is used as a tense of a verb.

When to Use Gerunds

Example A. Smoking in public areas should be banned.

“Smoking” becomes a noun and takes a position of the subject. Smoking becomes the topic that’s being talked about in this sentence.

Example B. He quit smoking two years ago.

Example. I have to admit that going to the beach on weekends is the best form of relaxation.

You have to avoid going to those places if you don’t want trouble.

You need to keep reading to improve your vocabulary.

Example A. Besides fishing, we didn’t do much last summer.

Example B. I’m thinking about going to my aunt’s house this evening.

Example C. I’m thinking of quitting my job next month.

Example D. She looked at the painting without saying a word.

“He’s ready to begin training for the Olympics.”

“To continue working even when hungry is a bad habit.”

“To forget greeting your wife on her birthday will get you in trouble.”

To avoid confusion about gerunds, just remember that they may look like verbs with “-ing” but they actually function as nouns. Here are other resources that will help you understand gerunds. Hopefully, from now on, you’ll be able to use them more correctly.