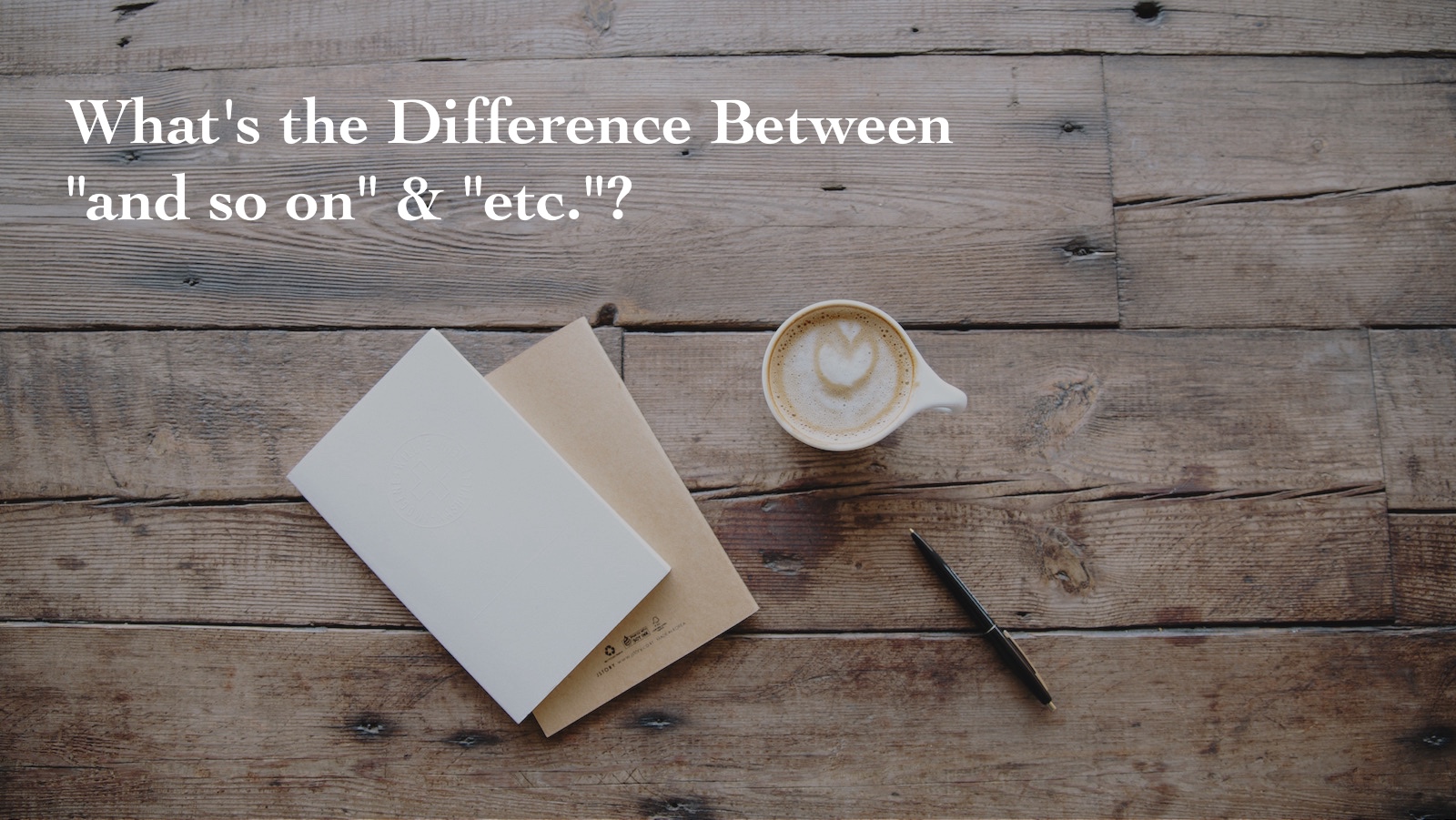 Our topic today is not one of those big English topics, but you see and hear these words every day. English is not just about punctuations and grammar. There are little things that matter, too, when you speak or write. Here are examples.

There’s a comma before it because this always comes at the end of the sentence or after a list of some things. This means we continue with the same examples.

A: What types of foods do you eat for snacks?

B: I like avocado, dried mango, banana, grapes, and so on.

This means I like eating healthy. This doesn’t mean foods like chips, French fries, and burgers which are common junk foods.

“,and so on”  means “and more examples like the ones I just said”. This has a very specific use to show that you’re continuing the same list or idea.

This is used at the end of a list to indicate that further, similar items are included.  It also means “and so on”, meaning you’re continuing the list that was started. You usually use this in writing. If it’s at the end of the sentence, just use the period in “etc.” as it is.

“When traveling abroad, I like going to Malaysia, Thailand, Japan, etc.”

But if it’s in the middle, “I like pizza, burgers, chips, etc., but I also like bananas and berries.“, the period as used in the sentence pertains to the shortened “etcetera”.

This is most useful and commonly used, in writing. Instead of writing three words “and so on”, you just write three dots “…” because it’s easier and people understand it when they see it. But also, sometimes, it’s used as a pause in a sentence

“Well…I think that we should take the Zero Waste concept very seriously to preserve our environment“. The three dots indicate that you’re thinking, and then after the pause, you give your ideas or thoughts.

This is very casual and used for spoken English. This also means “and so on” but because the conversation is not so interesting, and the speaker is tired of repeating the ideas or story, he’d say “I like pizza, burgers, chips, blah, blah, blah.“

Another example is, “My friend came over last night, she told me about her dates during summer break, her travels, blah blah blah, and then we went out to grab a drink at the bar.” Why do I say “blah, blah, blah” after her dates and travels? It’s because I don’t care about the boys she dated or her travels. So, I’m skipping the unimportant part of the conversation by saying “blah blah blah”, and then stating only what’s interesting.

Now this word doesn’t mean “and so on”, but you hear and read this a lot. This means something negative or “not so good”.

A: How was the concert?

That obviously means it wasn’t so good or you didn’t have fun.

A: How was the steak at the new restaurant?

A: How’s the weather there?

This means it’s hot, then it rains, and then it’s hot again. So, the weather’s not too nice.

The only difference between items one to four listed above is in the context or time when you use “and so on”. You can say this in four different ways at various situations. But remember that they have very specific uses, so you don’t just say or write them anytime you want.