What is the Difference between “Among” and “Between”? 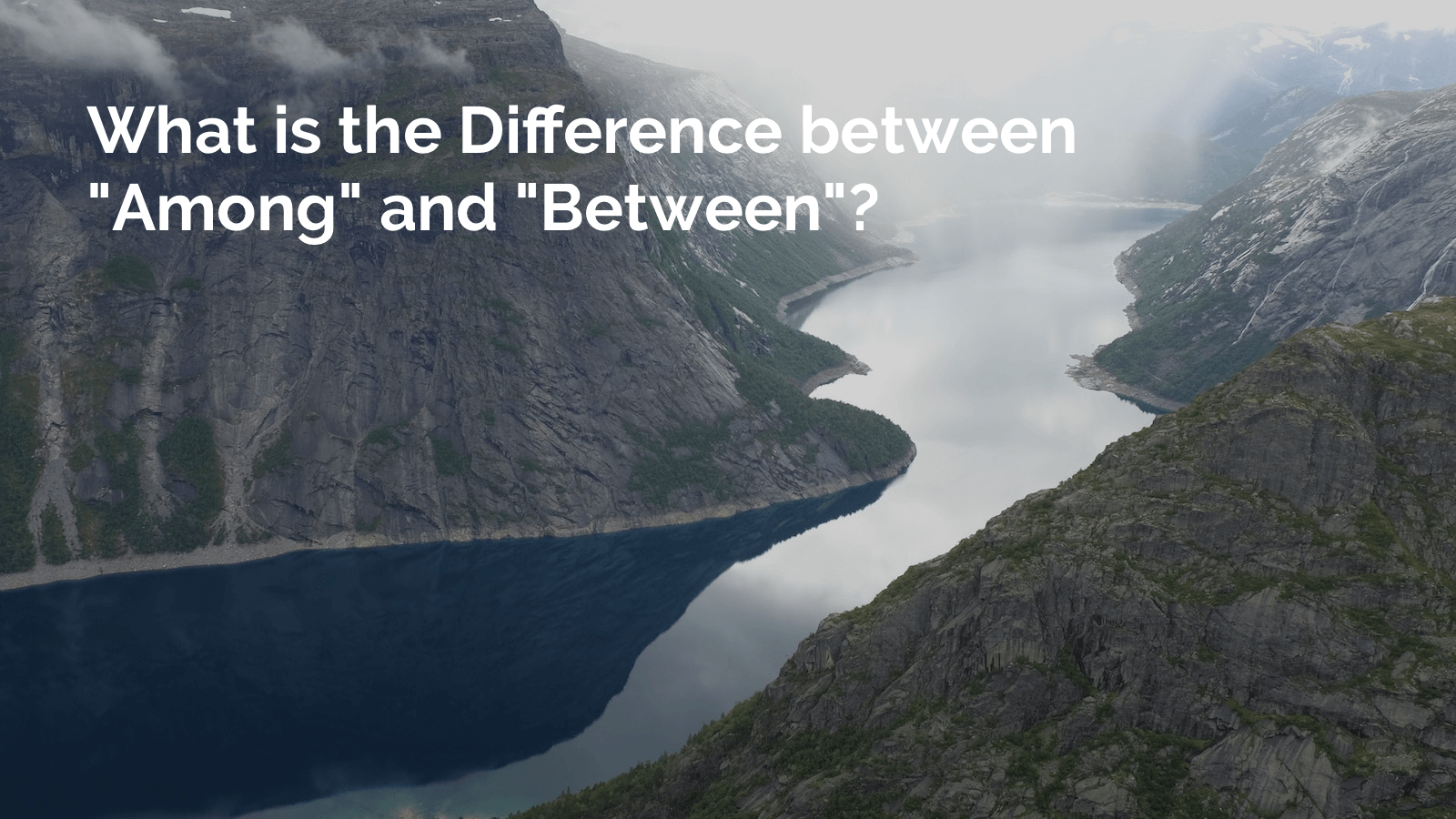 What’s the real difference between among and between? First of all, let’s understand what they are.

These words are prepositions. Prepositions are regarded as locator not only of place but also of time. It means they tell us the position of the nouns in the sentence. Let’s look at the following examples:

1) Sheila is beside Julius.

3) The spices are in the jars.

Other than location, prepositions indicate the location in time of nouns or pronouns. Here are examples:

1) At noon, I went to my girlfriend’s office to surprise her.

2) We spend time at my grandma’s cottage during the summer.

3)Late in the afternoon, farmers come home from the fields tired and thirsty.

In addition to providing information about the location in place and time, prepositions usually come before a noun or pronoun to describe its relationship to another part or object of the sentence. Examples of prepositions are: next, through, around, about, after, against, on, in, within, before, by, up, until, without, since, onto, for, upon, etc.

Between and among are prepositions. They are tricky to use but quite easy once the confusion is cleared.

This means there are street lamps on both sides of Marta.

2. The squirrel is among the leaves.

This shows that it is surrounded by leaves.

But this is not all. The real difference is that,

BETWEEN is used when naming distinct, individual items. This can be two, three, or more.

AMONG is used when the items are part of a group and not named specifically. There must be three or more in the group.

DIFFERENT USAGES OF BETWEEN and AMONG

1) We use this to connect two periods of time.

The mall is open between 10am and 8pm.

We DO NOT USE among with periods of time.

2) We also use between to show interval between two points on a scale or map.

The temperature fluctuates between 20 degrees and 30.

Starting this March, there will be two new flights between Tokyo and Dubai.

3) It can be used to show a connection or relationship between two or three things.

There is an agreement between the homeowner and the carpenter.

Please be careful to keep this information between you and me.

4) It can be used for more than two things when those three or more things are identified individually.

There is a new peace treaty between Germany, Australia, and New Zealand.

Greg can’t make up his mind between the blue, gray, and orange sweatshirts.

Between you and me, I think Hanna divorced Kris because he’d been cheating on her for several years.

1) It is used to show a connection or relationship between three or more things that are not distinct–especially when considering a collective relationship. It is commonly used with group nouns. Examples of group nouns are club, army, family, class, crew, gang, and team.

There was a disagreement among members of the dance club about the color of their costume.

Panic spread among the villagers when news came that a tsunami was coming.

2) Sometimes you will see ‘among’ written as AMONGST. Amongst is more formal and less common, but both mean the same thing.

Grandpa just wanted to go out and walk among the trees.

Grandpa just wanted to go out and walk amongst the trees.

This time, let’s try and compare these sentences:

*Here, we are specifying the universities. Remember, it is possible to use between with more than two things—especially when showing a relationship, and when those things are identified individually with their name.

*Here, we are not specifying which universities have the exchange student program.

*There are only two books.

*There are many books.

*So you’re specifying each item.

*Here, you’re treating the shirts as a group.

*We use between because the countries are specifically named even if there are three of them.

I hope that after reading this, you can now be more confident in using between and among in your sentences.