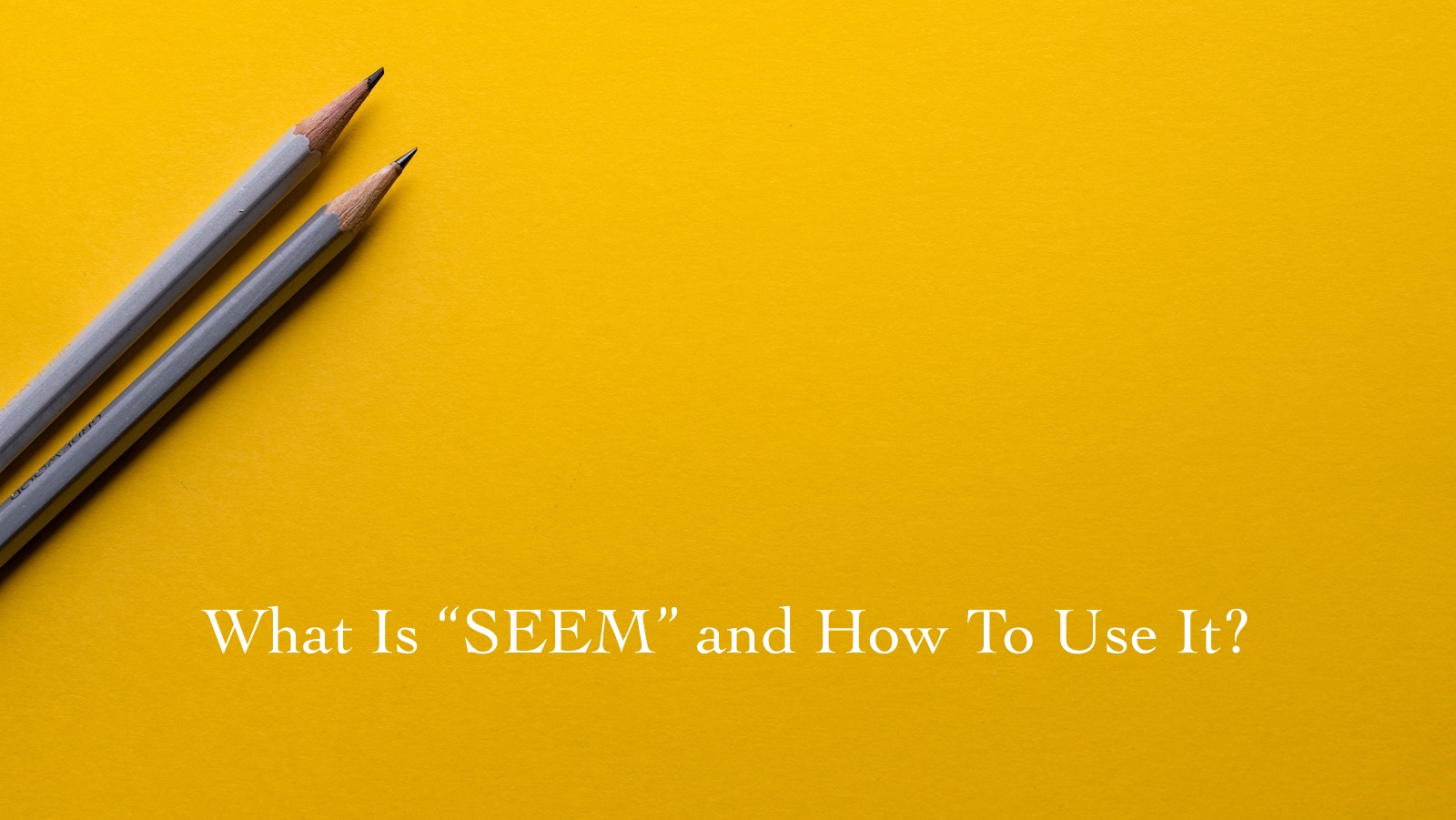 SEEM is a word that is confusing for a lot of students because it is not a ‘be’ verb and not an action verb. It’s actually a “state verb”. We all know that a verb is an action word (example sing, dance, and walk), while a ‘be’ verb is normally a linking verb that shows the condition of a subject. But the word “seem” is somewhere in between the action verb and ‘be’ verb.

For example when you hear someone telling you, “You seem happy” or “You seem sad”, does this mean that “you are happy” or “you are sad”? It’s possible. The person who says that to you doesn’t actually know. It’s only her opinion or guess.

“Seem” means ‘not necessarily sure’. In other words, it’s like saying “I think so, but I’m not sure.” It is when something looks like something, or feels like something, but it’s not necessarily true. Well, it’s probably true because that’s the impression we have of the image or picture we see before us, but we don’t know for sure if that thing or situation is true. All that “SEEM” really means is just the appearance, nothing else. It’s not true and it’s not untrue either.

So, let us now see the difference between “you seem happy” and “you are happy”.

This is declarative sentence. This is true. This is the case based on the facts that you have about the person.

This may not be true because the person is smiling and still looks a little bit sad. But then again you’re not sure because you’re only guessing based on what you see.

The person may look calm but you can also sense or get the feeling that she’s upset.

HOW TO USE ‘SEEM’

1. Never use with “-ing” because it’s not an action word.

2. Use with “to be” when describing an action or a quality of a person.

“She seems to be good at Math and Science.”

3.‘Seemingly’ is an adverb that’s why it has -ing + ly. It tells you about the adjective that it follows.

“He is seemingly generous.”

Is he polite? Yes. (This is declarative sentence.)

Is he polite? Maybe. (I’m not sure because I don’t know the person well.)

Can you now tell the difference between these two?

Enjoy discussing this with your Lingualbox teacher and write more examples that your English teacher can check.