Tips On How To Effectively Communicate When Arguing In The Workplace 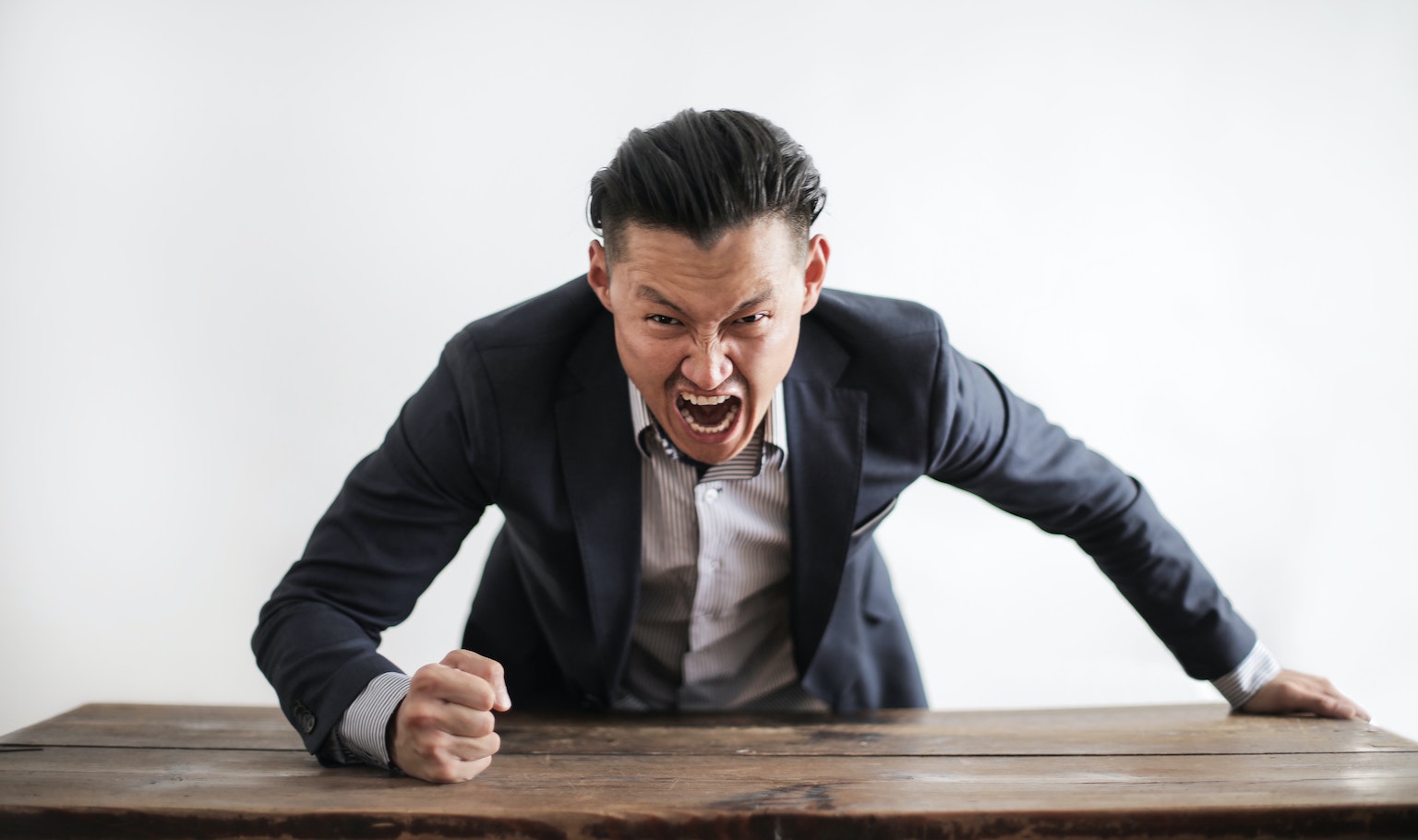 At some point in conversations, you may find something to disagree about. People have different viewpoints due to different backgrounds, personalities, and work ethics. Arguments can take place during meetings, collaborating on projects, or while working on finding a solution. However, when arguments become intense, it may hamper any progress or prevent having a productive discussion. Follow the guideline below to help you get your point across clearly, discuss difficult issues while staying composed, and argue effectively.

Listen to understand the opposing argument

Listen to what the other person has to say before arguing. Ask him to explain his point. If you have spoken first and have been talking for a long time, give him a turn, and let him talk. Listen carefully to his entire argument to see his perspective. As you listen, the other person will explain his side, thus giving you a chance to understand his conclusions and reasons. Also, you will hear new informative details that haven’t occurred to you. If you find yourself just thinking about what to say next, remind yourself that if you only focus on formulating your rebuttal, you will miss out on the good points and weaknesses in his claims. You’ll also end up arguing on the same points over and over again, even if it’s faulty. Switch between listening and thinking about how to respond while the other person is talking.

Speak at the right time

You may be tempted to respond and correct right away when there are claims that you don’t strongly agree with. In cases like this, refrain from interrupting and remain level-headed even when talking with someone who keeps on blabbering and won’t shut up. By doing so, you appear more educated and respectable. Your opponent will also eventually mirror how you responded and treated him. By waiting after his long monologue, you will be in a better position to respond.

Think before you speak

Take your time before you speak. Remember that you can never take back what you said. Also, any statement you made can be taken against you. So before you make your statement in an argument, be sure that you understand the question, the opponent’s position, and your collated facts.

Manage your voice volume and tone

Although speaking loudly is needed at times to be heard clearly, it can be interpreted as aggressive when applied during an argument. Raising your voice is not necessary when people you are talking with can already comfortably hear you. Shouting will not help you to win arguments nor help to prove your point.  It will only affect how your claim will be received and interpreted.  When you yell, you’ll only make the other person not interested in hearing your point and may reciprocate by also raising his voice. Also, you’ll lose your credibility for appearing aggressive and rude. Use a normal talking voice and proper tone if you want to be heard.

Be brief and to the point to be easily understood when expressing your statement. Avoid using too many unnecessary words as this can only lead the discussion in a different direction, thus more confusing. By being on point, you can make complex issues easier to understand. Moreover, talk at a pace that is appropriate enough for your objector to understand you.

When presenting your argument, be careful about the words you are going to use. Avoid using negative and depreciating words like “but” and “however” as these words seem to refute or impose that your opponent’s thoughts and points are not valued. Choose the right words that will clearly and smoothly introduce your opinion. Also, if your point can be easily understood using simple words, then opt to use it. Using hifalutin words to impress and just sound clever may not be helpful as it can only make your statement incomprehensible. When articulating your statements, always aim to deliver them clearly.

If you are arguing with a person with a different first language or meeting with participants having different nationalities, it’s best to speak in English. This way, you can communicate in a language that you can all understand. If you speak in a language that others are unfamiliar with, it may be misinterpreted that you are keeping something from them. Prevent this from happening by speaking in English.

Know the words and expressions used when arguing about expressing your points effectively. Lingualbox offers Useful Expressions class to help you become more fluent may it be communicating with a colleague or even arguing using the English language.

Remember the main goal of your discussion

When discussing, it’s possible to lose track of the argument’s purpose and become more like a competition. Instead of switching motives to prove who’s more clever and who has a fault, refocus on the main goal, which is to find a solution to the concern you are really trying to solve. Arguments must help to find a direction towards a productive solution, or else it will end up just an animated discussion.

Use the I perspective

Instead of using “you”, express your statements from the “I” perspective. Using “you” will make your point sound like you are attacking and blaming the person you are talking to; hence it will make him more defensive and not see your point. Your opponent will focus instead on defending himself and proving he’s right. On the other hand, if you use “I”, it will help him see your perspective.

Deliver your statements fluently and confidently

People are more interested in listening to someone who can confidently and fluently explain their position. Hence when articulating your points, make sure that you maintain a tone of confidence during your discussion. You can explain assertively and fluently if you master your facts and proofs really well.

We may respond without even making sure we clearly understood the other party’s statements in an argument. Hence we might be providing unsuitable statements or wrong responses and conclusions. To completely understand a viewpoint, asking for clarification or more details would be helpful to understand further. It’s alright to ask if you have not clearly heard what your adversary has said or uncertain if you have picked up his words. If the other party has seen that you are interested in understanding his opinion and position, his attitude might change. He will be more open to listening and collaborating with you in finding a solution to the existing problem.

Most of the time, the discussion’s cause is not obviously seen; hence you must really find the root of the disagreement. To get to the root cause of the conflict, asking questions is important. You will only be able to resolve a problem if you understand it. To get more details and know about your critic’s understanding of the issue, you can ask open-ended questions. Also, be sure to ask the right queries. If you are using ‘how’ questions, people will be able to explain more. If you ask why questions, people will give you “because” responses. If you are going to use ‘why’, use the five why’s strategy to determine the root cause. By asking over and over again, you’ll find where the real issue is, plus you may also help the other person realize whether his claim on the issue is logical or not.

Keep your argument simple and clear

If you have three arguments, select your strongest claim, and prove it. While it is tempting to put all your points in one argument, thinking it will be more persuasive, it will actually only make your claim lack focus. Using too many points will only give your adversary to spot a weaker point. Work on one strong claim and make it convincing by having some facts and proof to back it up. Every point you make must be led back to that same claim.

Base your argument on a solid foundation

If you base your argument on what’s true and have solid proof to back it up, your opponent will find difficulty in arguing with you. If you claim and present the truth, you’ll have more evidence to prove that you are right. Use facts as evidence for your position. By sticking to facts, you will solidify your point. Although the other person may argue with you, it will be hard for him to refute your claim.

Learn to concede on a good point

At some point, you may realize that you are wrong with your claims. However, some may insist that their point is right because they don’t want to “lose,” or look as if they are less smarter. When you realize that your objector makes a good point, it’s better to admit gracefully that you are wrong. This will not make you look like a ‘loser’ but reasonable. Acknowledge the good points mentioned that you can also relate with. This will make your objector and other people see that you are willing to listen and give a thoughtful review of the other party’s claim. It will only be easier to admit that you are wrong if you are really serious in understanding the real heart of the issue and truly interested in finding the solution. Conceding is hard when the ego is given more importance. Always be open to your adversary’s claims as no one is always absolutely correct all of the time.

Refrain from getting personal

When arguing, remind yourself to not get personal. Discuss the issue and not condemn or attack the person. Focus on the gaps of what he says, not on his lifestyle or personal affairs. Also, refrain from name-calling. No matter how passionate you are about the project you are handling or finding a solution to a concern, it is still important to demonstrate that you can handle it professionally, and it’s nothing personal.

In the case of heated arguments, it is easy to forget how to act and respond appropriately. If you have become mean, your critic may hold back from understanding your point since he was offended. Being arrogant will only provoke your opponent to prove his point even more. It is always important to respect each one’s perspective. When people are respected, they tend to be more receptive to logical information presented to them.  Avoid insulting, degrading, and throwing unnecessary sarcastic comments to your adversary. Respect your opponent no matter his position in the company and respect as well his opinions.

Opposing arguments help to see different angles of an issue. Hence, it is a good strategy to generate ideas and alternatives to find the best solution. Engage in a healthy argument by listening and sharing your opinions in an educated and courteous way.  Not only will you be able to find better solutions, but you also earn respect as you demonstrate how to effectively communicate despite conflicting viewpoints.

If you need help in enhancing your English proficiency, LingualBox has different courses to help you out. Try our free trial class today!