The Difference between Who and Whom 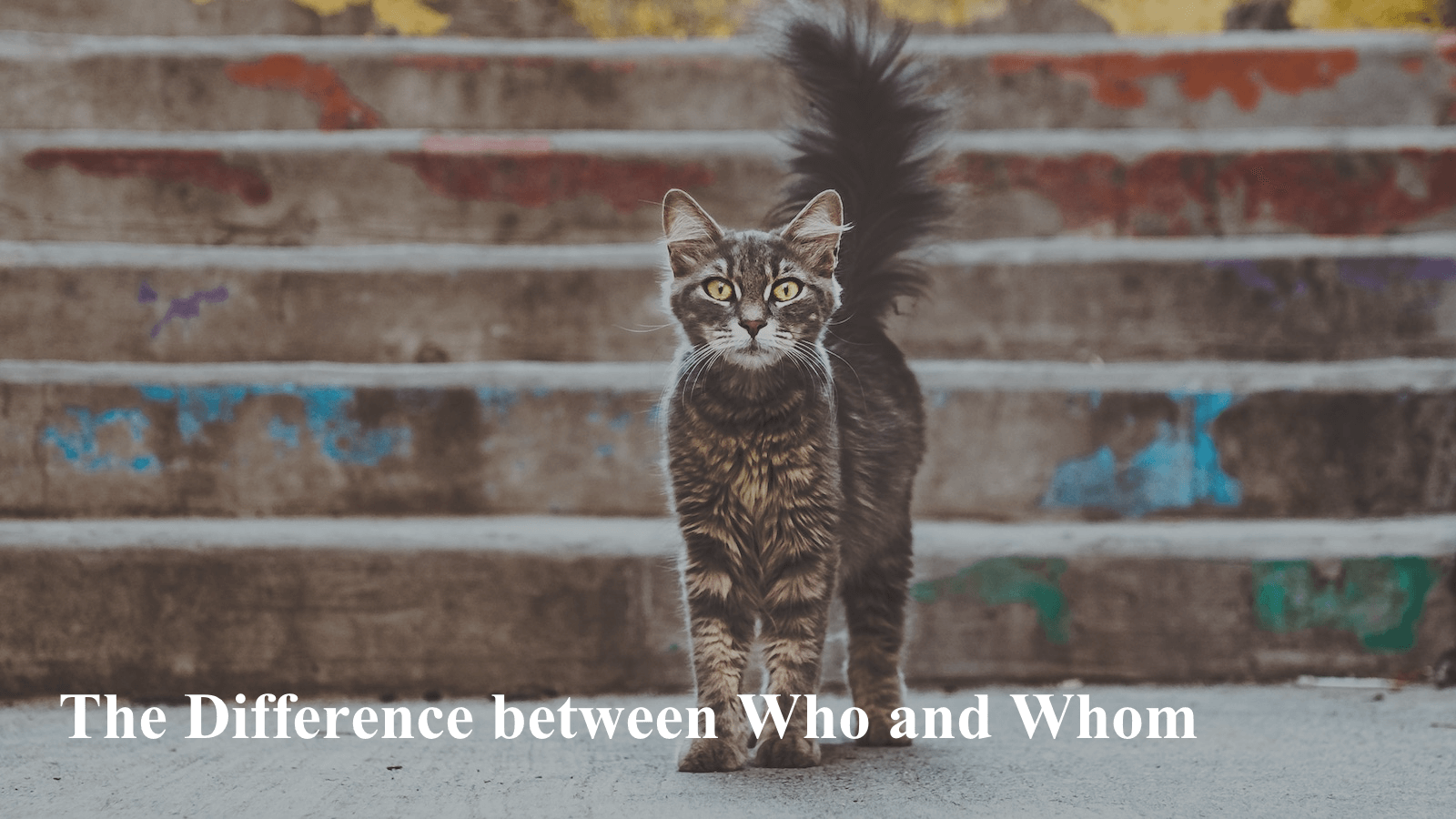 Who or whom? So which is which? Do you ever get confused about which word to use when talking to someone or when you’re writing?

The use of “who” and “whom” is one of the most common mistakes that people make in English. Even English speakers don’t care too much if they use who or whom. This is because what is in fact most popularly used in daily conversation is “who”. People consider “whom” too formal and stay away from it. But, there’s actually a correct usage for “who” as well as “whom”.

Here are important things to remember that will help you decide which word to use.

When you use WHO, you’re looking for the subject. It’s the one driving the sentence. In other words, it is performing the action in the sentence.

On the other hand, WHOM is the object. It is not the actor or the doer in the sentence. It instead receives the action. So you then try to identify who the action is falling on.

For whom does she light the lamp?

Let’s identify first the verb = light [to light]. This is the action in the sentence.

Now, let’s look for the subject = she [She lights…]

Next, who is receiving the action or the object? This is the “whom” we want to know.

To answer the question, “She lights the lamp for him.”

“Him” is the object of her action. It would be strange to say, “She lights the lamp for he“.

Whom is a relative pronoun. When you talk about an OBJECT in the sentence, the pronouns used are me, him, her, them, us, you, and it.

1) Whom did Jena bring to prom?

2) Whom did Mr. Smith hire at the office?

Who lights the lamp every night?

Now, let’s identify the subject or actor. This is the “who” we want to know.

So, since you’re looking for the central element in the sentence, which is the doer, you don’t say “whom lights the lamp?” Try to turn the question into a statement and see if it makes sense:

He lights the lamp every night. OR

Him lights the lamp every night.

It wouldn’t make any sense if we say “Him lights the lamp every night.”

“Who” is a relative pronoun. You use it if you want to know about the SUBJECT or person that does an action. The subject is the DOER or the one performing or doing something. The pronouns used are I, he, she, we, they, you, and it.

– subject/doer: the person who baked the cake

– subject/doer: the person who arrived late

3) Who is laughing so loud?

– subject/doer: the person who is laughing out loud

We also use “WHO” to know which person is a certain way.

– subject: who has this quality?

“Him” and “whom” both have “m” so you know you’re using the right word. “Whom” and “him” function the same way in the sentence. They both refer to the OBJECT. Whom goes with him as there’s an M at the end.

Q: Whom did he walk with?

A: He walked with him.

On the other hand, who goes with he as there’s no M at the end. They also function the same way in the sentence. They are both the SUBJECT.

Q: Who just walked in the door?

A: He just walked in the door.

So the correct one is “Who loves dogs?”.

-She buys milk from who?

-She buys milk from whom?

She buys milk from him.

So the correct one is “She buys milk from whom?”.

-Ben can’t live without whom?

Ben can’t seem to live without her (or Hanna).

–With whom is Sherry not happy?

Sherry is not happy with him (or Lester).

-Nothing is going on between whom?

Nothing is going on between them.

–From whom was the package?

The package was from him.

Before I end this discussion, let me introduce to you another relative pronoun which is commonly used, but less confusing. It’s the word “whose”. It is a possessive pronoun similar to his, hers, ours, theirs, and its. And as the name suggests, it is used to express ownership, possession, or belonging. You can ask questions like:

Whose car is that?

Whose house is that?

Carrie is talking to her friend whose husband was promoted this morning.

Peter is drinking with a friend whose wife passed away last week.

The detective is investigating to find out whose hair strand was left on the table.