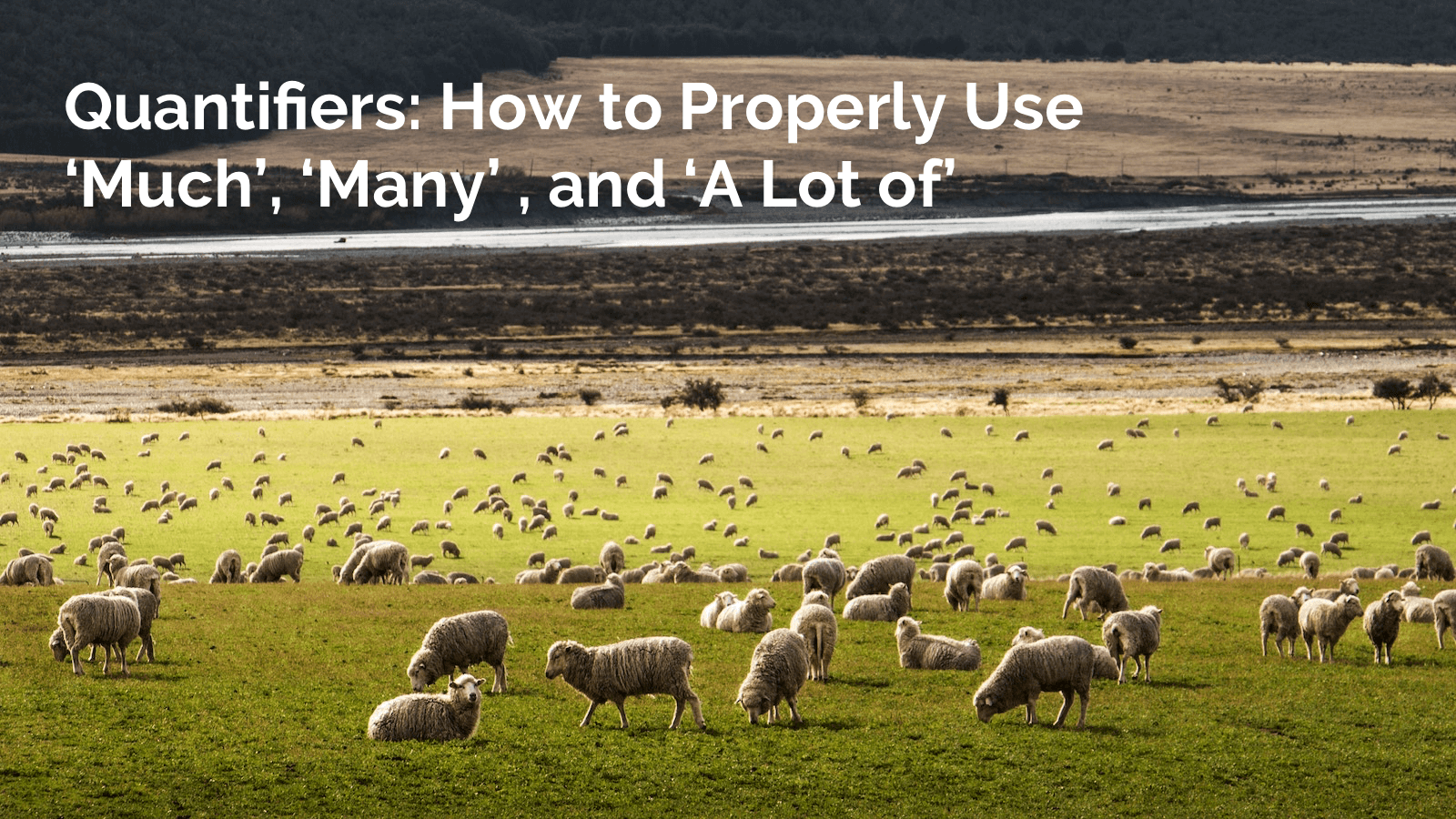 In English, there are count and non-count nouns. Mistakes happen in our sentences when we talk about these nouns. And, most mistakes happen when we quantify them. We use quantifiers when we want to give someone more information about the amount or number of something.

A quantifier is a word or phrase that indicates the number or amount of a noun, and it generally comes before the noun. These quantifiers are MUCH, LITTLE, MANY, FEW, and A LOT.

These are used before non-count (or uncountable) nouns. Uncountable nouns mean you cannot add a number to them. Here are examples:

Combine these words, and many others not listed here, with MUCH. You cannot count flour, honey, or salt. You don’t say two flours or three salts. They don’t take a plural form. So, the proper way to tell is ‘much flour’ or ‘much salt.’

The opposite of MUCH is LITTLE.

Person A: Do you eat much rice?

Person B: No, I eat only a little rice. (‘a little’ indicates a certain amount)

These are used before count (countable) nouns.  Countable nouns are things, people, or items to add a number to when you describe them. They have singular and plural forms.

Not all countable nouns end with “s” in their plural forms. They take the irregular plural form.

So, we use ‘many’ for words like women, children, books, people, and cars.

The opposite of MANY is FEW.

Person B. No, I like keeping only a few dogs.

If you don’t want to worry about whether a noun is countable or uncountable, you can use the expressions “a lot of” or “lots of”. This works for both groups. ‘A lot of’ can replace ‘much’ or ‘many’. The opposite of ‘a lot of’ is ‘some’.

Person A: Do you eat a lot of sweets?

Person B: Oh, no, I don’t. In fact, I also avoid drinking too much coffee.

‘A lot of’ is most commonly used in positive statements. We use this term more often when the meaning of what we say is positive, or when we talk about things. It can be used for both countable and uncountable nouns.

‘Much’ and ‘many’ are most commonly used in negative sentences and for asking questions. They talk about things that you don’t like. We use these words when we try to say something with a negative meaning.

If you want to turn an uncountable into a countable noun, you should use the appropriate unit of measurement.

Much & more – When you compare ‘much’ with something, use ‘more’ to show the contrast.

“I don’t eat much chocolate. I eat more vegetables than chocolate.”

Little & less – When you compare ‘little’ with something, use ‘less.’

“I have very little information about that company. I know even less about their president.”

“I don’t know many beach resorts around here. I know more resorts where I lived before.”

“I have very few friends where I used to live. I have even fewer friends here now.”

Don’t worry about getting this perfect the first time, the second time, or the -nth time. I’ve been using English for a long time, and I still mix these up at times. What’s important to remember here is that ‘much’ and ‘many’ are used to express a negative idea, while ‘a lot of’ is used for positive statements. And if you want to be absolutely safe, you can use ‘a lot of’ to replace ‘much’ and ‘many.’

So, you may wonder why there’s a need to learn quantifiers and their proper use. It’s because quantifiers express the measure and amount of something. And, using them helps you state your ideas more clearly.