Party Talk: 12 Terms to Remember Before Going to Your First College Party 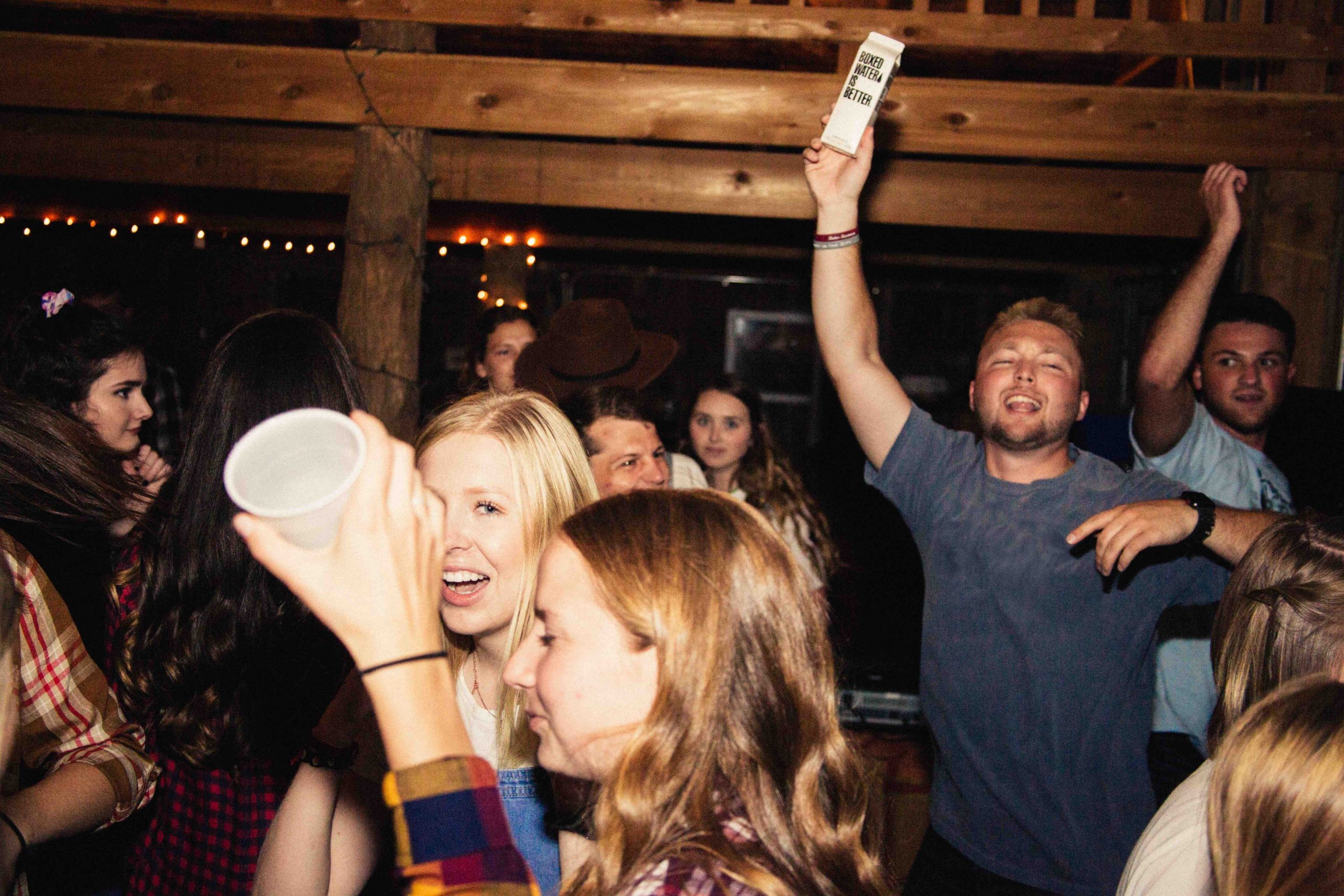 The type of college parties seen in movies might be scary for many people, with all the mindless behavior. But what is not shown on television are countless opportunities for self-improvement and social blossoming these parties give to a person. You learn many things about yourself at a party, from your drinking limit to how you feel about being surrounded by strangers. Parties are also a great way to connect with others, and it is a good practice ground for conversation.

Before you slip into your dancing shoes, you will need to know a few things about the college party scene—both for safety and for maximum fun! Here are 12 terms to remember before going to your first college bash.

The after-party refers to another gathering that happens after the main party is finished. It can be as grand as the first event or more intimate, with fewer people. After-parties typically start late and can last until early morning—or at most, even when the sun is already up. Not all parties have an after-party, and even if there is, not everyone can (or has to) go, so do not feel pressured to stay longer than you would want to.

Are you going home after this, or will you be at the after-party?

I heard there is an after-party at John’s. Are you going? 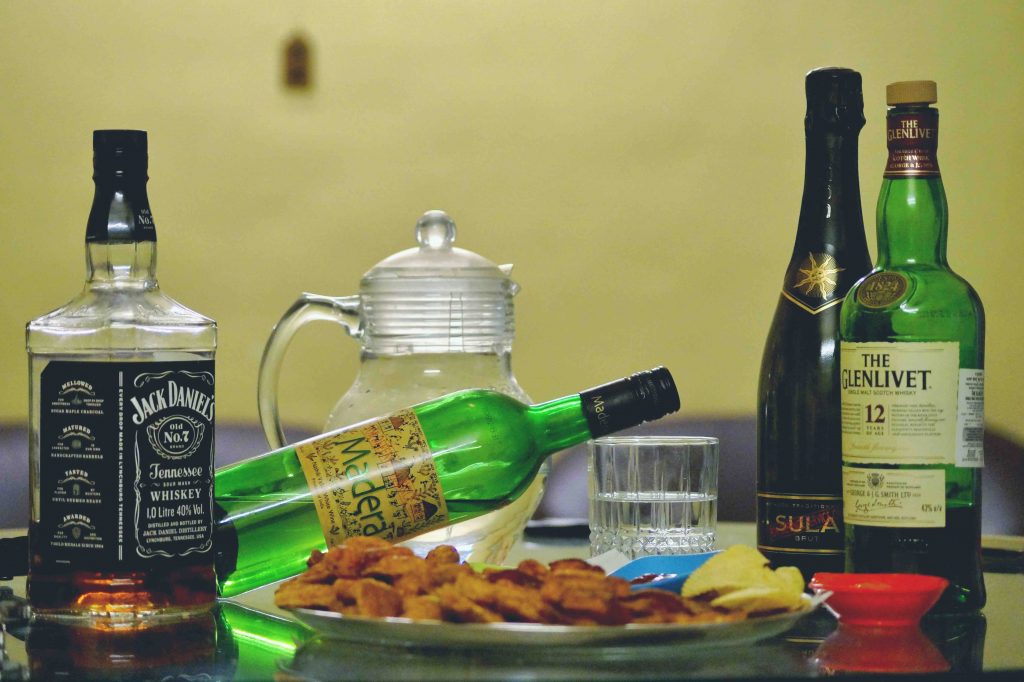 Booze is a slang word for alcoholic drinks. It is a general term to refer to anything from beer to cocktails to hard liquor. Some examples of how to use it can be “Would you like some booze?” or “I will bring some booze to the party.”

Can you get me some booze? A beer would be great.

Will there be booze at the party, or should I bring a bottle of wine? 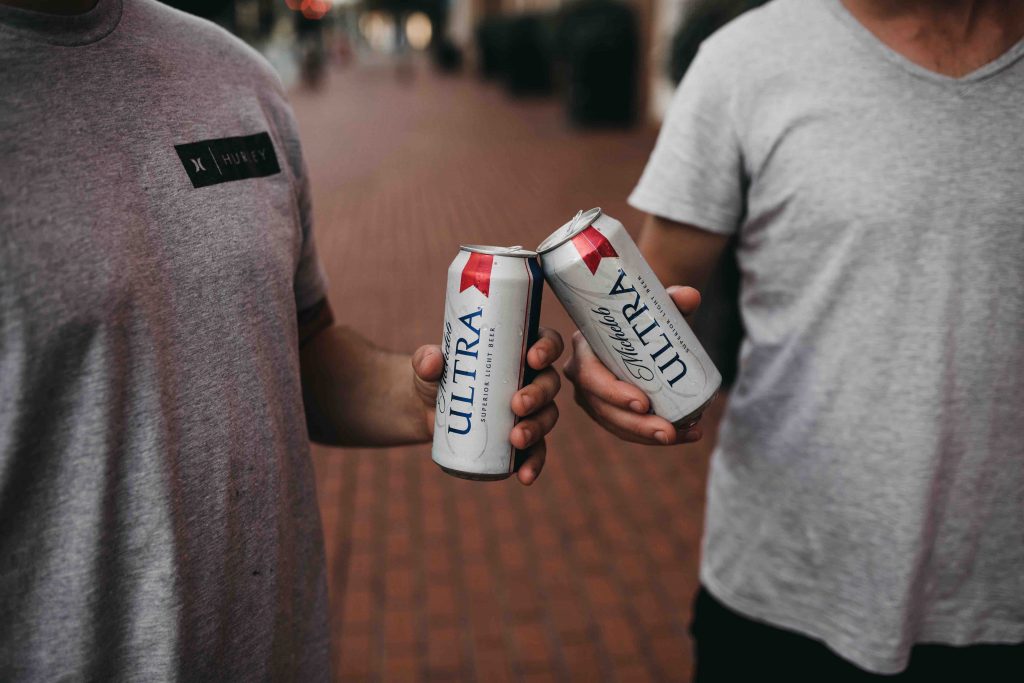 Bro is a shortened form of “brother.” In party talk—or even in a general friendly context—it does not mean the literal blood relative. Instead, it is a term of endearment for close friends, particularly between young men.

Hey bro! It has been a long time since I last saw you.

Bro, did you see what Michael sent in the group chat?

BYOB is an abbreviation for “bring your own beer” or “bring your own booze.” Sometimes, parties ask their guests to bring their own alcoholic drinks, especially if there will not be enough stock for everybody going to the party. When it is BYOB, feel free to bring more than what you would drink yourself so you can offer to share it with others.

The party is BYOB, so I am coming with a six-pack of beer.

I was told that the party is BYOB. What are you bringing?

We are carpooling to the party. Would you like to come with me?

If you are going straight to the party from Alice’s house, I will come with you. 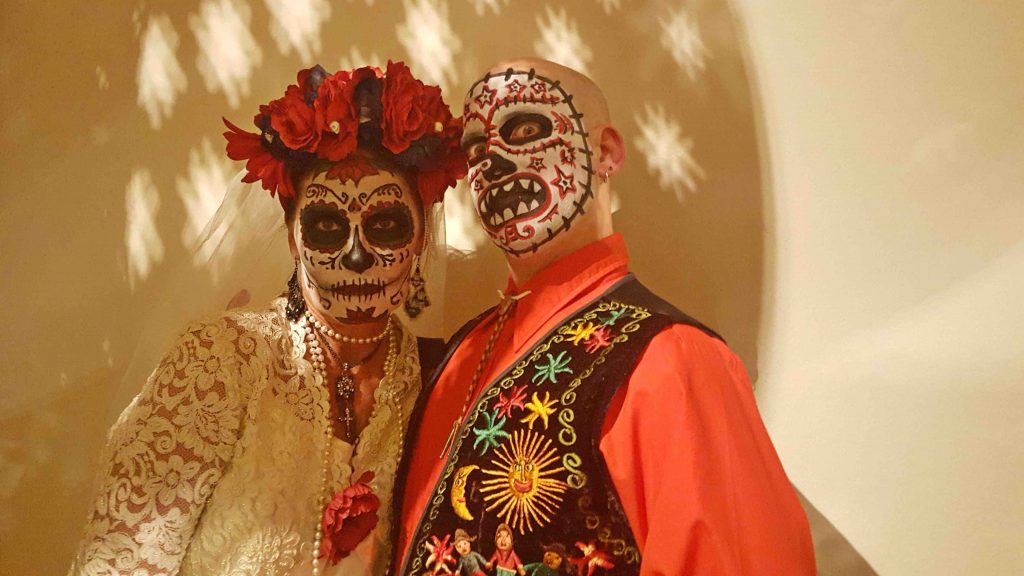 If you are invited to a costume party, be creative, and have fun with dressing yourself up! Costumes do not just mean wearing funky clothes; it can also extend to hair and makeup. Some people even go with full-body paint!

I am thinking of going as a zombie bride for the Halloween costume party.

I have to buy some more beads to put on my costume for the costume party; it is vintage themed! 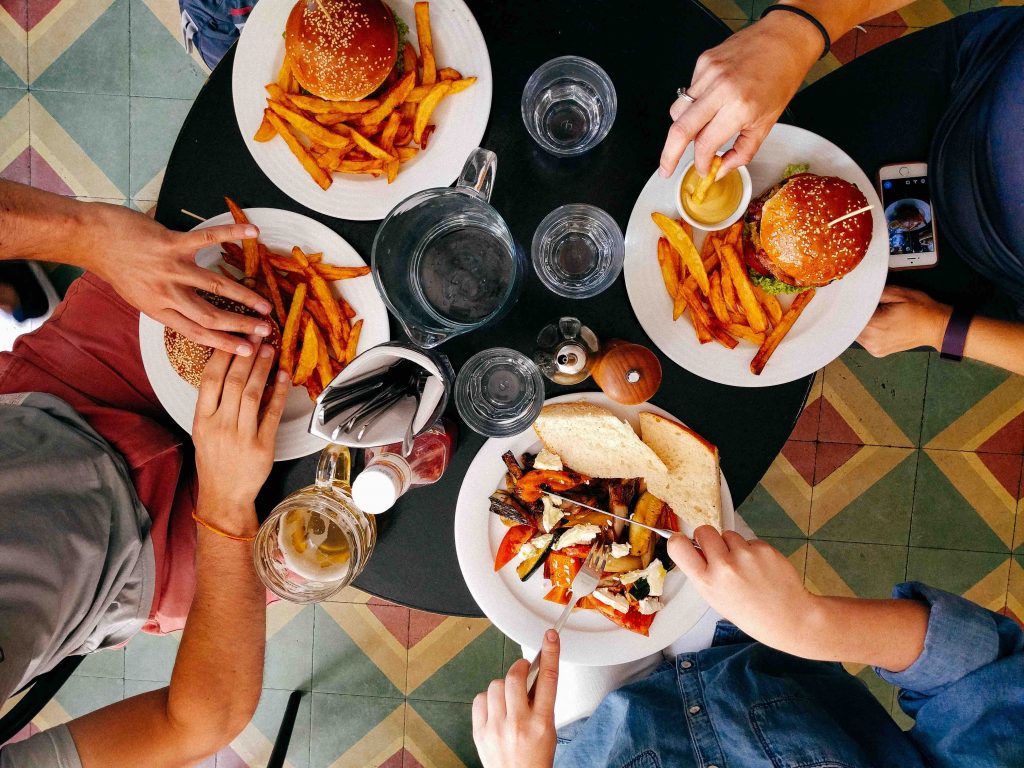 To “grab a bite” is a slang phrase that means to eat, usually as a full meal or snack. When someone invites you to grab a bite—for example, “Would you like to grab a bite?”—he or she is asking if you would like to have a snack or a meal with them.

We are going to grab a bite after the party. Would you like to join us?

I am going to grab a bite to eat while you swim.

The host is the person holding or arranging the party. He or she is usually the person offering his or her home for the party or is coordinating with the venue where the party will be held (if it will not be held at their house). The host is also the person deciding who to invite to the party. However, most college parties are an open invitation, in the sense that whoever’s invited by the host can invite whoever they want—even if the host is not acquainted with them.

If you are the host of a party, it is important to consider your guests’ comfort and enjoyment. Ensure that you will have everything to make sure that the event is convenient and fun by looking even into the small details, such as making sure that there is hand soap in the comfort room and that there are enough snacks.

Mary is the host of tomorrow’s party so it should be entertaining.

I would like to be the host of our Christmas party. We can do it at my house! 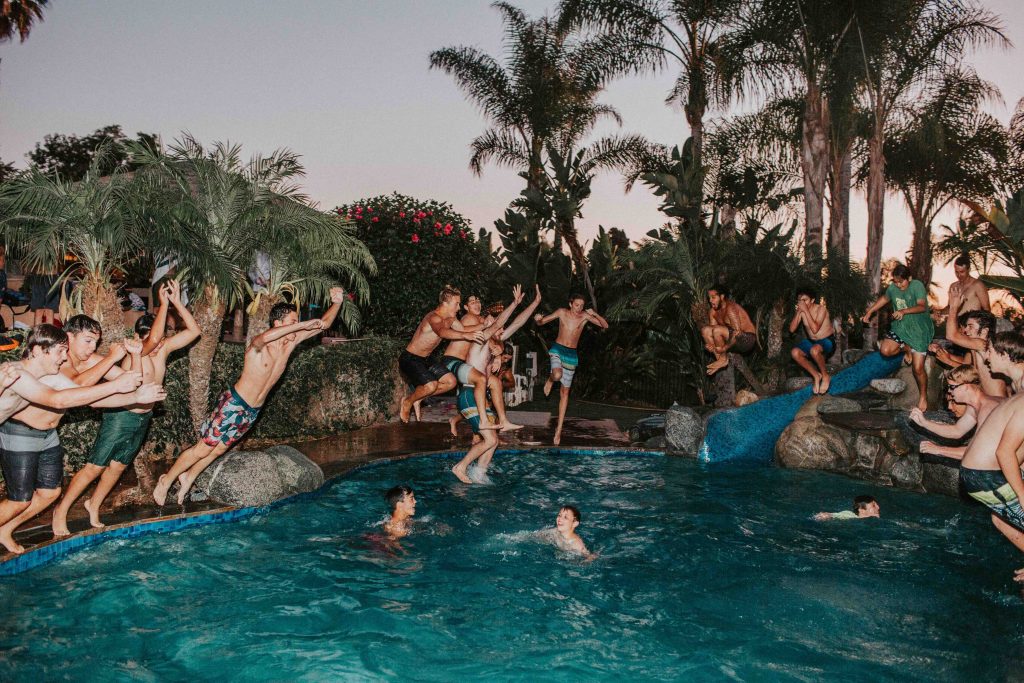 A pool party is another themed party, but in a slightly different sense than a costume party. Pool parties mean that there will be a pool at the venue, so people are encouraged to wear their swimsuits or dress in a more breezy fashion. Pool parties are usually set during the summer season.

I plan on wearing something light for the pool party.

Are you planning to swim at the pool party?

We are just going for a round of beer as a pre-game. 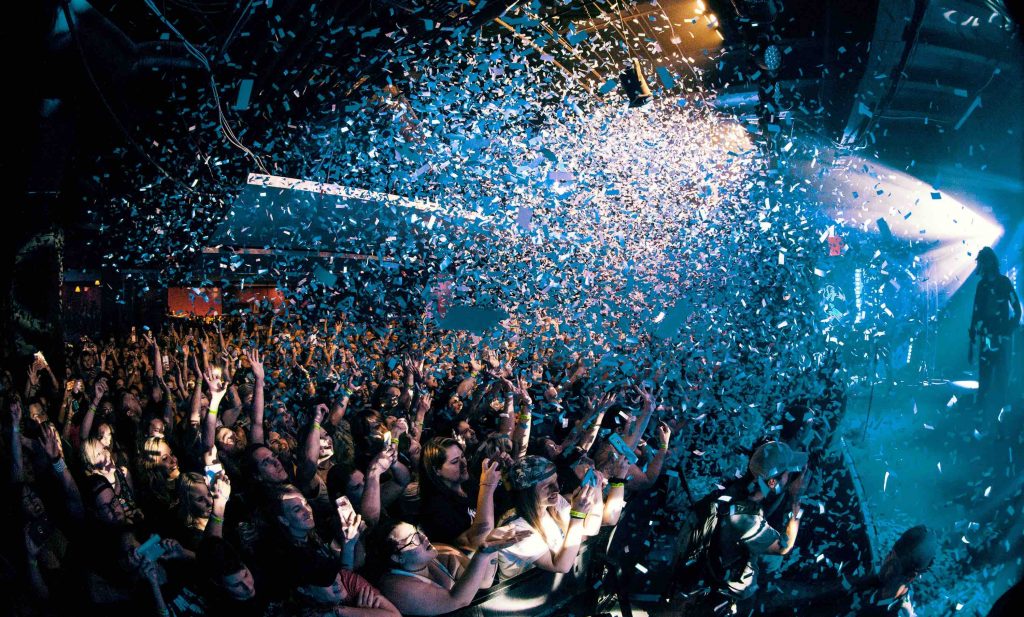 A “rager” is an American slang term to describe an enjoyable party. Ragers are often very rowdy, and it is not something that everybody will enjoy. At the least, though, it is always entertaining; there is guaranteed at least one story that you can take away from the event!

I heard Michael did a double flip into the pool last night. That party was a rager!

I want this party to be a rager, so I need good music!

To throw a party means to host a party. For example, if a person is throwing a party to celebrate his or her graduation, that means they are hosting a gathering to celebrate their graduation.

Are you throwing a party when your parents leave town?

Angela is throwing a party tomorrow and you are invited!

LingualBox goes beyond teaching you the basics of the English language. Here, we make sure that you are fully equipped before going into the world of English speakers by teaching you how to speak, read, and understand even conversational and slang English. Book one of our classes to learn more!