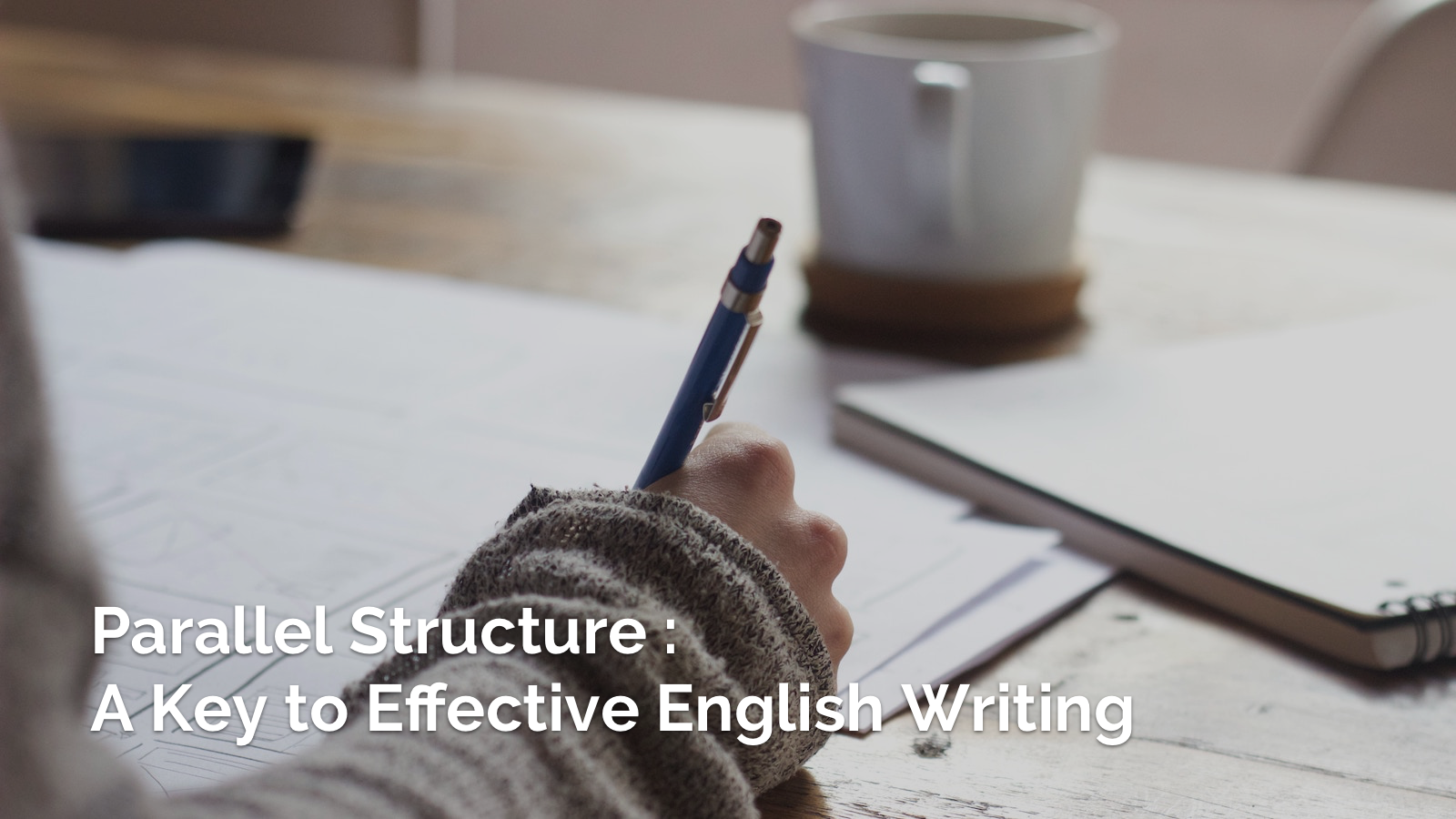 Have you experienced reading an essay, article, or document that left you confused? I guess all of us have.

Poor English writing happens when the sentences are messy and not balanced. The writer may have just committed several parallel structure mistakes.

Many students encounter a problem using parallel structure (or Parallelism) when writing essays, especially in English assessment tests. It means their sentences need to have a balance in grammar.

Do you want your writing to be clear and easy to read? Understanding the parallel structure will help!

What is Parallelism, and how to use it?

Let’s define it first. Parallelism means creating a good list of words that share equal value, and everything on that list is the same part of speech. We also use it for comparisons and options.

Here are some examples:

What will happen if your language is not parallel? It will sound awkward, and you’d need to rephrase or restructure it so you can be understood easily.

Sincerely is an adverb, while with passion is a phrase with a preposition ‘with’. So, this is what we call faulty Parallelism. For the sentence to be balanced and strong, these two things have to have the same grammatical structure. You must use two adverbs to keep the structure balanced.

The problem in this sentence is that noisy and messy are adjectives, while “it was crowded” is a clause with a subject ‘it’ and the verb ‘was.’ We have to change this so that they all become the same.

Of the three listed items, one does not belong because it is a noun (sofa), while the other two are phrases (in his bedroom and on the kitchen counter). To correct this, you must make all these into prepositional phrases.

Now, you know the basics of this grammar rule, all it takes is to practice more so that you can recognize a parallel structure and use it to write effectively.

Here are other examples to get you more familiar with Parallelism.

The problem in this sentence is that “skiing” and swimming” are both ‘ing’ verbs called gerunds, while “the drive” is a noun.

Here, the three things listed are all in the form of gerunds.

Neither and nor should have the same structure types. Here, after neither, the noun patience is used. And yet, after nor, the word ‘do’ is used.

After neither and nor, notice that nouns were used in the same spot.

There’s a lack of balance in this sentence because the list includes two ‘ing’ verb forms and then one different simple past tense “ate.”

Do you see what makes this sentence off? Well, the list includes two adverbs- effectively and creatively, and then one dissimilar clause.

You can see that in the correct form, we’ve used three adverbs. Or, you can also restructure it this way:

This is now the correct sentence because we’ve used two adverbs, which brought balance to the structure.

Can you spot the faulty Parallelism in the following sentences?

As you can see from the examples above, a parallel structure will add clarity to your writing. It helps prevent disarranged items or ideas that cause confusion. Parallelism increases your writing’s readability by creating balance and word patterns that are easy to follow.