How to Use “Even” in Various Situations 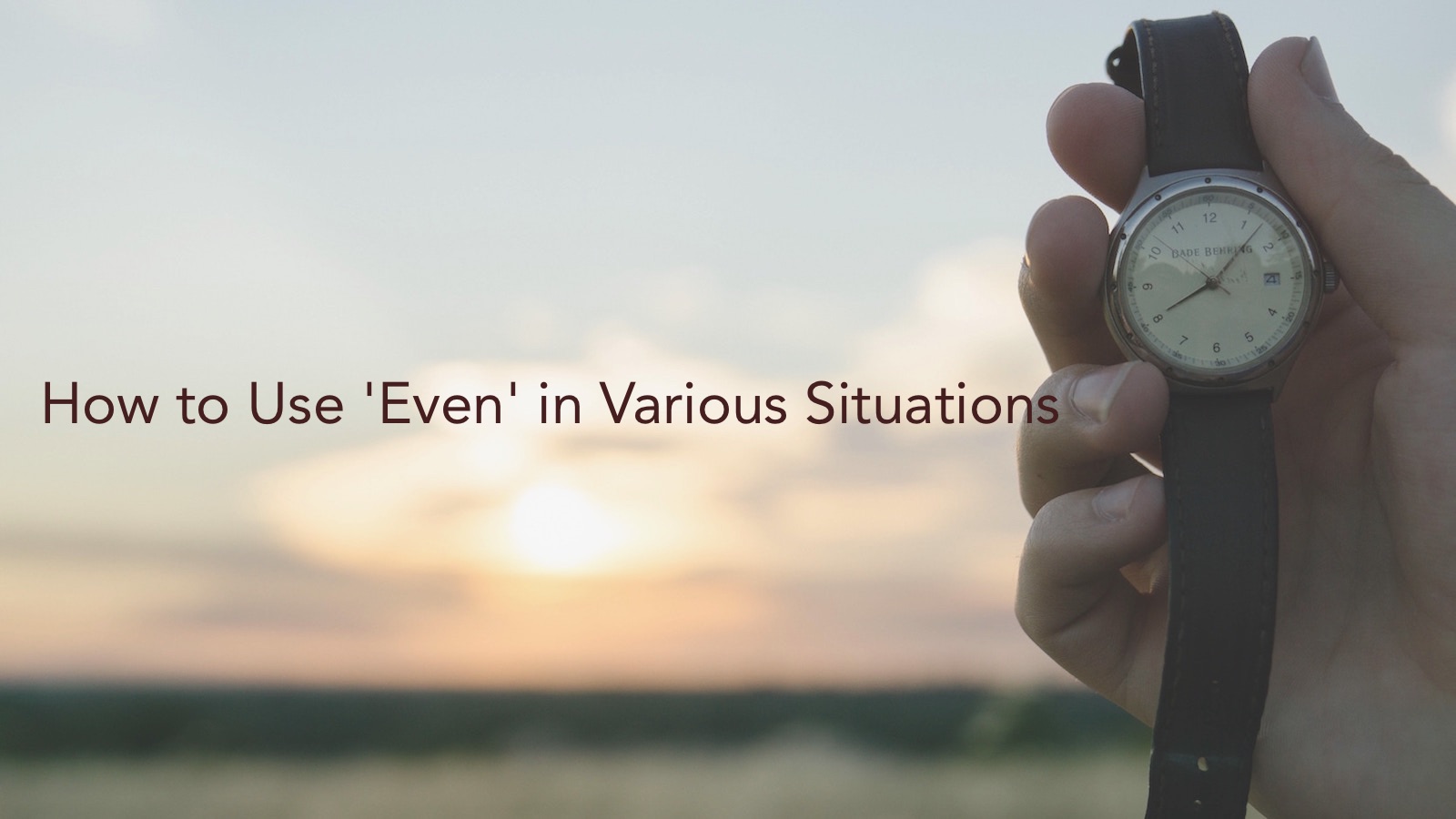 Do you wonder what “even” means and how to use it properly? This lesson is for you.

For example, Dean gets promoted and gets a salary raise, so you would expect him to buy a car so that it’s easier for him to get from his house to the office. But, what happens is not what you expect. What actually happens is Dean does not buy a new car and still takes the train going to work every day. This is the time you use the word ‘even” in your statement.

“Even when Dean got promoted and had a salary raise, he did not buy a new car to make transportation easier for him.”

“Even if I won the lottery, I won’t have enough money to buy a house and a car.”

So, this now depends on how much you actually won. If the prize is 1 million dollars spot cash, that amount won’t go very far. This would just be the cost of a small-sized house. So, you can say then that even if you won, you couldn’t really use the money to buy a home and a car.

(IF: hypothetical. This means it would probably happen, or it wouldn’t happen. Winning the lottery may or may not happen.)

“Even when he has proof that he did not steal the money, not one of his officemates believed him.”

Usually, when someone presents evidence, people believe it. But, in this case, no one believed. So, it’s a big surprise to the person accused.

(WHEN:  This is used for more realistic ideas or situations.)

Even after is sometimes used as an alternative. “After” shows time-lapse, which shows the events or results that happened later on.

“Even after he presented proof that he did not steal the money, not one of his officemates believed him.”

“Even though I was late, my boss wasn’t angry.”

You would think, “I’m late, so my boss should be angry”. But, surprisingly, he is not. Today he is calm and pleasant, and he acted as though nothing has happened.

4) Gives you another information

The other function of “even” is that it gives you extra information. Just by using this word, the listener should be able to understand something else.

The word “even” here means, “believe it or not” or “this may be surprising or against your expectation, but,…” (give the information here).

This means that it’s probably in the middle of the night, and your house is quite far from downtown, but you’re willing to go out just to grab a pizza. The word “even” shows just HOW MUCH or how strongly you want a pizza.

This means that Vanessa is probably having a vacation in Malaysia while her boyfriend is in Canada. And, he misses her so much that he’s willing to call her up just to hear her voice– even if it’s possible that Vanessa is already sleeping or maybe even traveling.

What does this tell you about “that thing”? It is very huge and quite heavy that even Incredible Hulk–who we expect to be strong, couldn’t lift it. So, this thing is heavier than Incredible Hulk.

What does this sentence tell us about Jessie? She is a pleasant girl and laughs at every joke, or that she’s Sam’s good friend, and she laughs at Sam’s every joke. But in this case, she didn’t laugh. It’s surprising that this time, even she did not think that Sam’s joke is funny. So, you can understand more about her personality or her relationship with Sam just because of the word “even”.

You will need more information about Jessie and Sam, but you can tell that the sentence means something more because it uses “even”.

4- _______ you get the highest score in Science this term, you should still review your lessons for the next term.

5- Even Mom liked the concert.