How to Use Definite and Indefinite Articles in English Properly 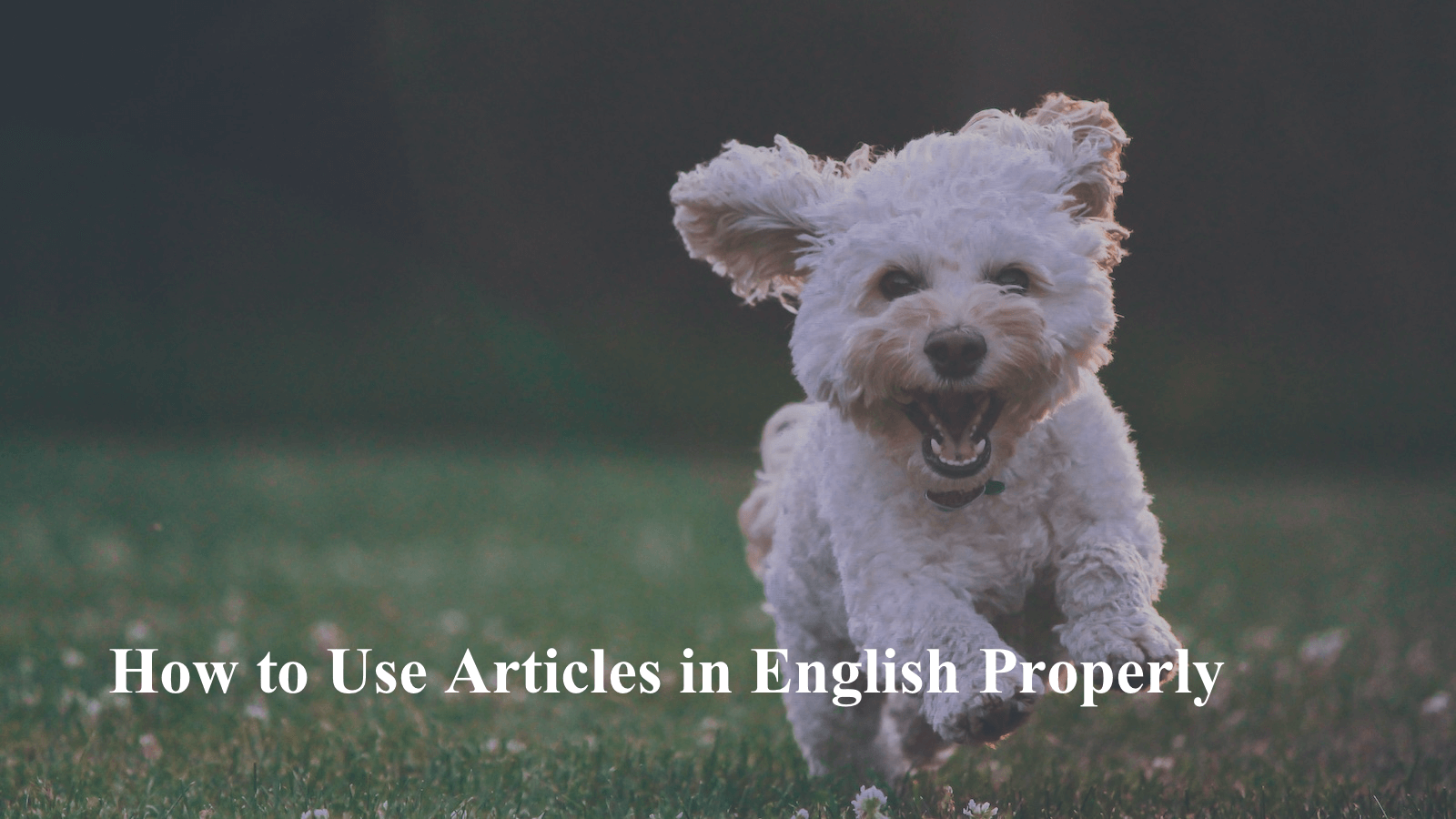 Are you having trouble with articles? You’re not alone! Many of us, both those with beginner and advanced English skills, have difficulty with the proper use of items.

Articles can make or break your sentence. These are simple little words that can make your English sound excellent or awkward. Yes, “a,” “an,” and “the” are words, even if they are small ones. So let’s tackle this problem today. First, let’s understand what an article is.

It is an adjective. Just like other adjectives, it modifies or gives more information about the noun that follows it. There are two types of articles in English: definite and indefinite.

Tim: “Did you listen to the song?”

Tiffany: “No, I did not. I was talking to Aunt Cherry on the phone. Please play the song again so I can listen to it.”

Here, you can tell that the two speakers are in the same room and talking about the same song.

Jones: “Have you seen the dogs?”

Jane: “Yes, they are in the backyard.”

In this scenario, the speakers are talking about their pets. Definite articles refer to something special from among the many. The speakers and listeners both know the noun or subject that’s being described by “the.”

Here are other examples:

Now, let’s move on to the indefinite article. There are two forms of this, “a” and “an.” We use “a” before a word that begins with a consonant (b, g, k, l, p, t, r, etc.), while we use “an” when it comes before a word that begins with a vowel sound. Notice, it is vowel sound—and not strictly vowels (a, e, i, o, u) only. The same rule applies to the article “a.” We also use it with words that begin with a consonant sound, and not strictly consonants only. Keep reading, and you’ll find out why.

Let’s look at these examples:

So in this sentence, it’s not a particular slice. It can be a big slice or a small one. But also notice the article “the’ in there. It’s talking about a specific apple pie, “the apple pie.”

Now compare this to:

Here, it is quite apparent that it’s a particular magazine–and not just any magazine.

So why did we mention using the article “an” before a vowel sound earlier? Like any grammar usage, there are rules to follow. Below are sample sentences. Can you spot which is the correct one and the wrong one?

A: She’s an university scholar.

B: She’s a university scholar.

If you think that sentence B is the correct one, then you’re absolutely right! The first letter of the word university is a vowel, but it is pronounced like a consonant. The sound is “yu” as in ‘yuniversity.’ That’s why we use “a.”

A: She’s been waiting at the airport for an hour.

B: She’s been waiting at the airport for a hour.

If you pick sentence A to be the correct one, you’re right again! The first letter of the word hour is H—a consonant but is unpronounced. Even if the spelling is a consonant, it sounds like a vowel. That’s why we use “an.”

So, sometimes, we also use articles before an adjective. This is when we use the article to modify a noun that’s also modified by an adjective. The usual pattern for this is:

If the article is indefinite, use “a” or “an” based on the word that immediately comes after it.

This time, let’s learn how to use articles with uncountable nouns. These are nouns that cannot be measured or counted because they are too small, too big, or too numerous. These also refer to abstract ideas and invisible things. Examples of these are water, light, ice, cheese, information, love, intelligence, sand, milk, etc. Since you cannot count these things, we should never use “a” nor “an” with them. Note that the indefinite article is only for ONE or singular nouns. But, we can modify these uncountable nouns.

Look at these sentences:

WRONG: I need to drink a water.

CORRECT: I need to drink water.

CORRECT: I need some water.

So, you can use “a” before some. You can also describe water in terms of countable units, like bottles, glasses, cups, etc. For example, “I need to drink a glass of water.”

I know grammar lessons and rules are not easy or fun. But with these simple rules, I hope we all remember where to place our “a“, “an“, and “the” properly. Once you get it right, these three little words can make you sound more fluent!