How to Say Want without Saying “I want” 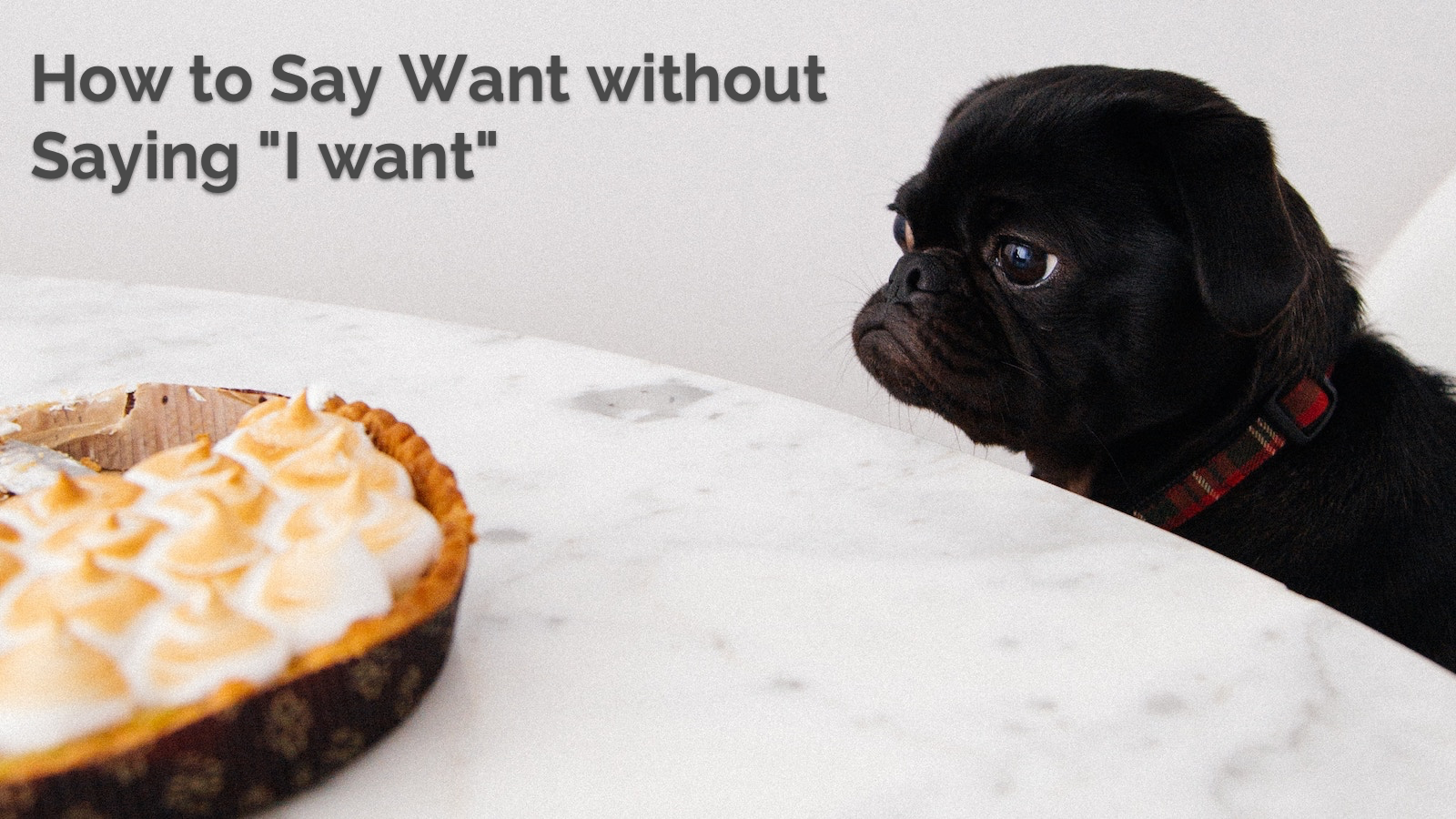 How do you express yourself when you want something? Can you say it in a simple, nonchalant, or calm way? Or, are you passionate and dramatic? So probably the answer depends mainly on how much you want it. Today we will learn about how to say want without really saying “I want.” This is good to know because in English, how you express yourself will also affect the response or feedback you get from others.

Native English speakers love to mix up words and use different expressions to say yes, no, or I want something. Sometimes they also use specific phrases to exaggerate. This means to make something more than what it is.

The following expressions will show you different moods, degrees of feelings, and particular emphasis when trying to express what you want.

Person A:  What could you go for?

Person B:  I could go for Caffè macchiato.

Person C:  I could go for a Turkish Delight with my coffee.

Here, we use “could” because it is still a possibility or something you’re thinking of what you want. So, whether you actually get it or not, that’s the mood you’re in the right at that moment. I could go for means let’s go get it if it’s available now.

Person A:  Let’s go get something to eat. What do you want?

This means I really want to eat Yakiniku! I can feel the juices coming into my mouth already because it’s so delicious.

Craving is a powerful want. It expresses a strong desire for something to the point that your mind is seeing it and your mouth is already tasting it even before you have it.

Person A:  Let’s go somewhere. I feel like going to the beach. How about you?

Person B: I feel like staying home and watching a movie.

This means you want to watch a movie because this is what you have a “feeling for.”  Watching a movie or going to the beach would make you FEEL good.

IN THE MOOD FOR

Person A:  What are you in the mood for?

Person B:  I’m in the mood for ramen.

When you’re dying for something, this shows a much higher degree of want. It’s probably because you haven’t had it for a long time, that’s why you’re dying to eat it or taste it. It feels like if you don’t have it, you’re going to die. It can also be used when you’re talking about missing a person. This is apparently an exaggeration. This means saying something more than it is, but it helps you express your desire much more strongly.

This is a straightforward way of saying you want something. It is also polite and formal, and this is most commonly used in daily conversations, whether in school, among friends or at work.

Make sure to know how to use these expressions in showing various degrees of want.

Tim: Hey Karl, do you want to come with us and have some drinks?

Karl: Nah. I’m not really (dying for, in the mood for) that tonight. Thanks anyway.

Dan: I feel starving after that long test. Come on, let’s eat.

Yuki: Sure. What food is you (in the mood for, dying for)?