Five Important Rules on How to Use Prepositions Correctly 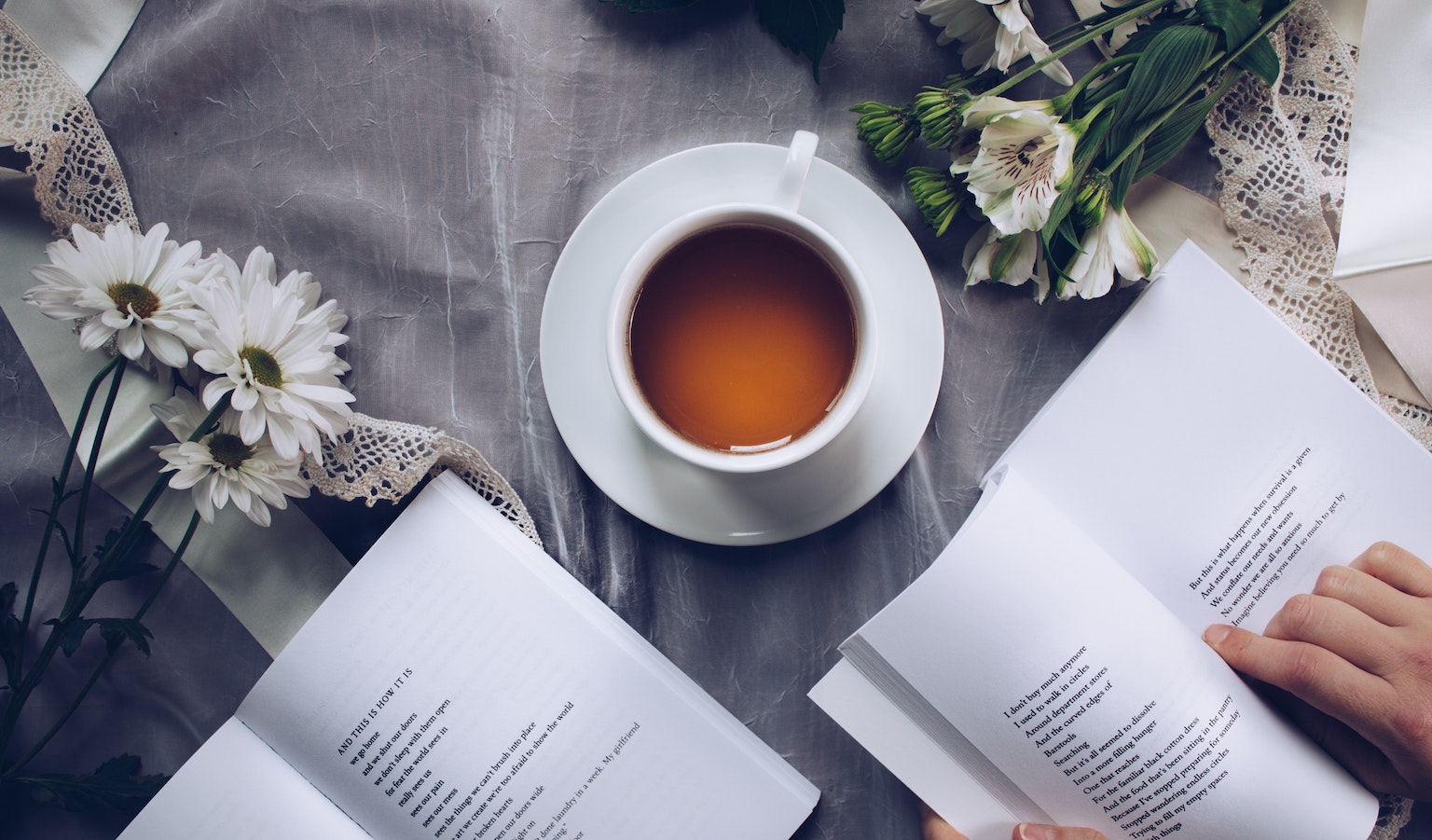 Prepositions are short words that are often ignored in sentences but important in conveying the complete thought of your message. They show the relationship between words by telling the time, state, direction, location, manner, and purpose. It links nouns, pronouns, and other words in sentences. Since they glue words together, they make your sentences more cohesive and clear.

To understand the importance of prepositions let’s look at the following examples below.

If you are going to read this sentence, you can somehow get an idea of what it talks about. Although you can understand the message by assuming its possible meaning, still you might have doubts about its exact meaning. To be certain what it really means, and see the relationship between the words, prepositions must be included in this sentence. Without prepositions, the sentence sounds choppy, because it only mentioned the concrete details.

Now let’s look at the other sentence that includes the prepositions needed.

Refrain from habitual slouching to maintain a good posture.

In this sentence, we used the prepositions “from” and “to”. By using “from”, we get to see the relationship of “refrain” with “habitual slouching”. Meanwhile, by using “to” the sentence is able to link the phrases by showing its purpose.

Here’s another example you can look at.

The curator asked her if she would be interested displaying her works their gallery.

This sentence doesn’t elicit fluidity. It is choppy and sounds awkward.

Now let’s compare it with a revised sentence:

The curator asked her if she would be interested to display her works in their gallery.

The prepositions used in this sentence are “to” and “in”. This preposition indicated the relationship between words, thus making the sentence flow smoothly.

Although short words, prepositions can actually tell your fluency, proficiency, and how comfortable you are in using the English language. Since preposition is part of grammar, it is best to study it well especially if you are taking an English proficiency exam. This is also helpful even if you are studying English to engage in a conversation with English speakers. Knowing the appropriate usage of prepositions will help you to avoid grammatical errors.

Using prepositions correctly can be confusing at times. In some cases translating sentences to the English language is difficult because of it. Using certain prepositions in your sentences may not seem to make sense if it’s translated to other languages. The preposition may give a different or an added meaning to your sentence, however, if you are going to look at its meaning in English, it is actually correct. This is the reason why you must familiarize yourself with how to properly use prepositions in a sentence. Preposition has rules, and knowing the rules governing it enables you to use it appropriately. In this article, we will cover the most important rules for a preposition. It will show you how prepositions can be used, where they must be placed in a sentence.

Preposition Rule 1: Prepositions are always the same, they never change their form.

Prepositions are mostly one word which makes them a subtle part of a sentence. Although using prepositions can be confusing at times, the good thing about them is that they don’t change their spelling regardless of the number, and gender of the other words used in the sentence. The only time they will be spelled differently is when you blended it with verbs, adjectives, etc.  Moreover, there are no new preposition words included in the list of prepositions over time.

She was on the bus.

The team will travel to the South on January 14.

The book is on top of the table.

Notice how the preposition “on” was used in different sentences. Although it has been used for sentences with different meanings, its spelling has not changed.

Kindly put the apples in the box

She is just finishing her painting but she’ll go there in a moment.

The student is in the library right now looking for books he can use for his research.

The spelling of the preposition “in” has been consistent. There was no alteration involved but just retained its original spelling.

See the following examples below.

Kindly put this on.

The preposition used here is “on” however, it does not have an object of preposition so it is acting as an adverb.

Please put this on your head.

In the revised sentence, an object is added. “On” acts as a preposition and your head becomes the object of the preposition.

The statement has ended with the preposition “in” and doesn’t include an object.

Please get in the car.

Preposition Rules 3: A pronoun that follows a preposition must be in the objective form.

A preposition requires an object, hence if you are using a pronoun after a preposition, it is a standard that the pronoun you will use is in its objective form. The objective form of pronouns are me, us, him, her, and them.

To learn more about objective pronouns including the rules of pronouns you can check out our easy guide on the pronoun-antecedent agreement.

Look at the following examples below to see the relationship between pronouns and prepositions.

Incorrect sentence: The teacher gave the worksheets to he.

The preposition used here is “to”, followed by the pronoun “he”. However, the sentence is not grammatically correct because “he” is a subjective form of the pronoun.

Revised sentence: The teacher gave the worksheets to him.

The revised sentence is correct because “him” which is the objective form of “he” is used.

Incorrect sentence: The gift was from theirs.

This sentence used the preposition “from” and followed by “theirs”. The pronoun “theirs” is the possessive form of “they”, hence making this sentence incorrect.

Revised sentence: The gift was from them.

“Them” is the objective form of “they,” therefore this sentence is correct.

Preposition Rule 4: A preposition is followed by a noun and not by a verb

A simple rule in prepositions is that it should be followed by a noun, a noun phrase, or a pronoun but not a verb. It is also possible that it will come before gerunds which are words that end in “-ing” and are formed from a verb but functions as a noun.

Take a look at the example given below

Example for preposition followed by a noun

The student submitted his test paper to Peter.

The preposition used here us “to”. It is followed by the proper noun, Peter.

Example for preposition followed by a noun phrase

The weather forecaster updated the audience with the latest development on the upcoming storm.

Example for preposition followed by a pronoun

The park ranger that came with him toured us around the site.

The preposition used here is “with” and followed by the pronoun him.

Examples for preposition followed by a gerund

Incorrect sentence: Her mother bought the stainless pots for cook.

The sentence used the preposition “for” and ended with the verb “cook” thus making the sentence incorrect.

Revised Sentence: Her mother bought the stainless pots for cooking.

In this sentence, the verb “cook” was transformed into a gerund, which makes the sentence grammatically correct.

At times you may find yourself ending your statements with an unnecessary preposition. To have clearer sentences, prepositions that are not needed must be removed. This also helps in preventing your sentences from being wordy.

To understand this rule better, take a look at the examples given below:

Incorrect Sentence: If you come here at midnight, we will miss on the last train going to the city.

The preposition “on” in this sentence is not needed. It just makes the sentence verbose.

Revised Sentence: If you come here at midnight, we will miss the last train going to the city.

By omitting the preposition “on” the sentence becomes easier to understand and grammatically correct.

Incorrect Sentence: Although reluctant, the patient finally agreed that she will take in the prescribed medicine of the doctor.

This sentence can be better off without the word “in.” The preposition “in” only makes the sentence wordy.

Revised Sentence: Although reluctant, the patient finally agreed that she will take the prescribed medicine of the doctor.

With the deletion of the word “in” the sentence becomes more concise.

Want to learn more about prepositions and how to use them effectively in your conversations? Enroll in our Conversation class today. Not only will you be able to know the commonly used prepositions, but you will also practice using them in real conversations. Sign up today. The LingualBox team will help you.