Essential Questions and Expressions You Need When Talking About Movies 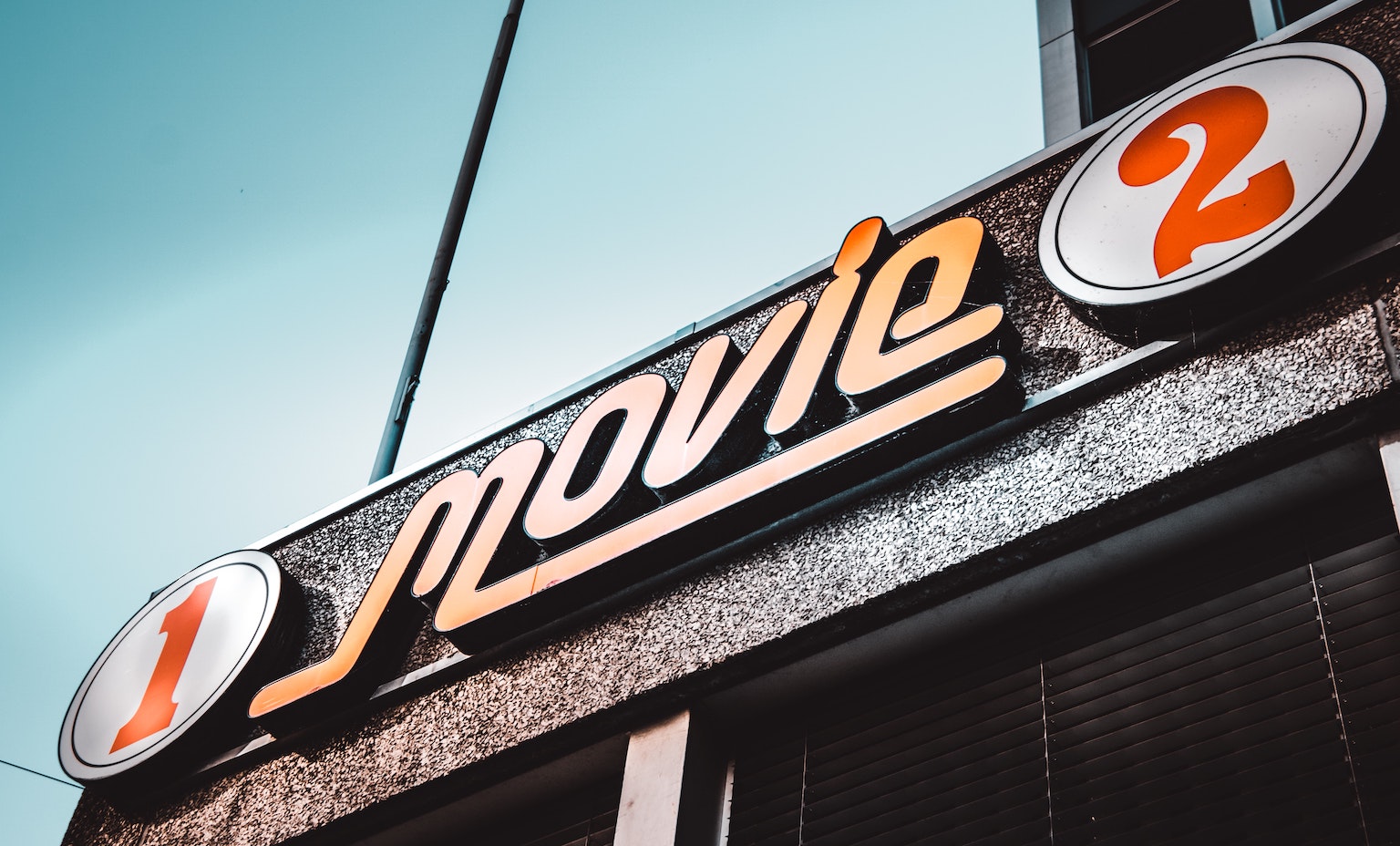 Entertainment is a good topic to talk about when you want to have a casual conversation with others. Movies are one of the forms of entertainment that you can focus on. It is a good conversation subject because it is light to talk about and can help you to easily connect with others. Since people are familiar with popular movies, they can relate when you speak about the movies they’ve watched. Many enjoy talking about movies because they get inspired by them in real life. Some even use it as a theme for their events, celebrations, art, or any project. Moreover, people having the same kind of movie preference click with each other. Learning how to talk about movies is helpful for any person who’s fond of watching movies. Also, even if you are not into movies, knowing the useful expressions could benefit you. It will help you to share your opinions about the movies that you watched or just curious about. Also, you can comfortably ask questions when you know the right questions to ask. Being familiar with the useful phrases and expressions will help you to easily and confidently communicate when talking about movies. In this post, we’ll provide the words, questions, and responses that you need when describing movies. 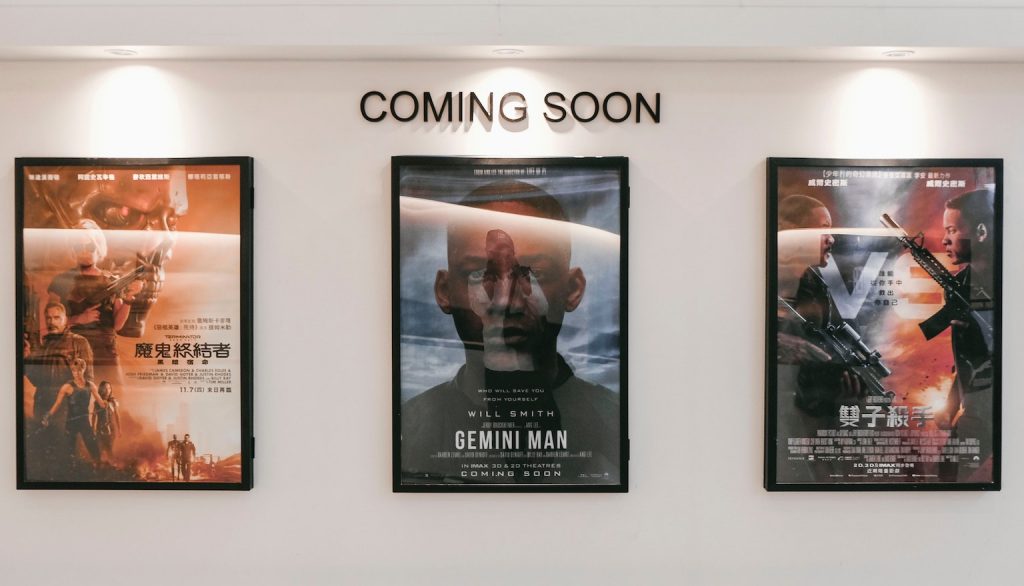 This is a common question that you can ask when you want to know others’ movie preferences. Knowing the movie genre that your conversation partner likes will help you to identify the movies to talk about to connect with him. Another way to ask the question above is by saying, “What genre of movies do you enjoy?”

You can also be more specific when asking about movie preference by using the following questions:

To respond to these questions, you can answer by saying the following expressions.

To talk easily about movie preferences, you need to get familiar with movies’ genres.  Listed below are the different kinds of movies.

This genre consists of arguing, fighting, and violent scenes. It is exciting due to its chasing parts.

These movies have a suspense element. Characters in this movie are usually mysterious, and their villains can be scary.

Comedies are the kind of movies that make you laugh. They are composed of funny scenes.

These kinds of movies are light-hearted. The theme for this genre is a blend of love story and humor. It is popularly known by the term “rom-com.”

Dramas are the kind of movies with a serious theme. Some of its scenes can make you cry.

These are the kind of movies that show you what the future or what outer space might be like. It can also present the possibilities in science and advanced technology.

These movies are made with a general audience in mind. They are good for people of all ages hence can be watched during family bonding.

The list above only contains a few movie genres. You can learn about other kinds of movies as you progress in learning how to talk about movies.

What did you think about the movie?

You can ask this question when you want to know the opinion of others about a certain movie. You can answer this question by using the following responses:

If you want to explain and provide more details, you can introduce your answer by using the phrases below:

To easily express your opinion about movies, it will be helpful to know the adjectives you can use when describing movies. Adjectives you can use for horror and thriller movies are “terrifying” and “scary.” For drama and inspirational movies you can use “touching” and “moving.” “Violent” and “bloody” are good adjectives for action films. Descriptive words you can use for comedies are “hilarious” and “funny.” For movies with a love story, you can use “romantic.” Other ways to describe a movie, in general, are “too long,” ” boring,” “confusing,” “predictable,” and  “overrated.” Meanwhile, should you want to provide a positive description, you can use  “awesome,” “entertaining,” “informative,” and  “interesting.”

What did you think of the plot? 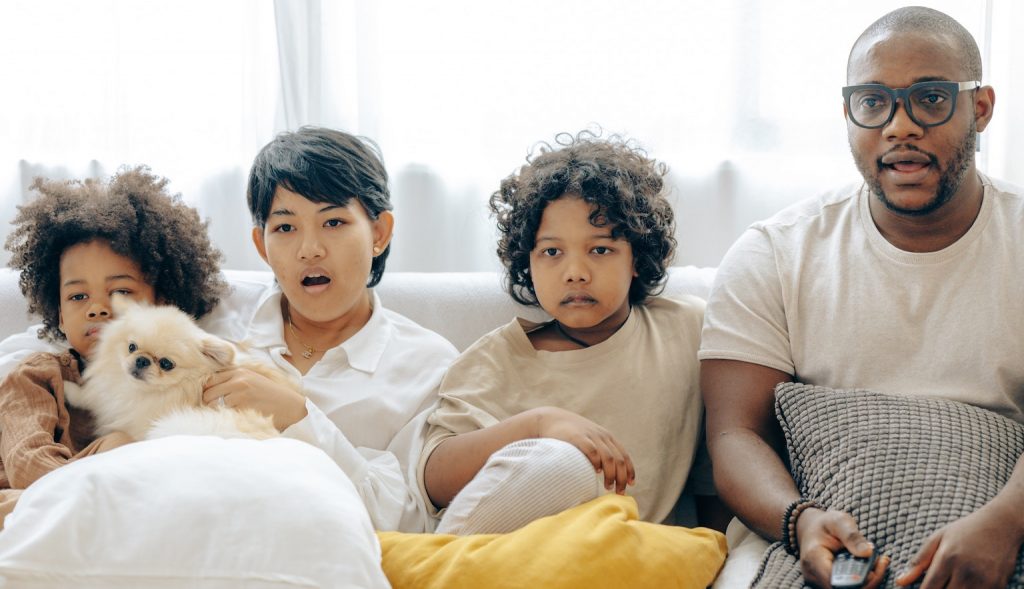 The plot is the sequence of events that are presented in the movie. When you are asked about your opinion on a certain movie’s plot, responses that you can give are:

What was your favorite scene?

A scene is a part of a film that shows a slice of everyday life. Responses you can provide when asked about scenes are: 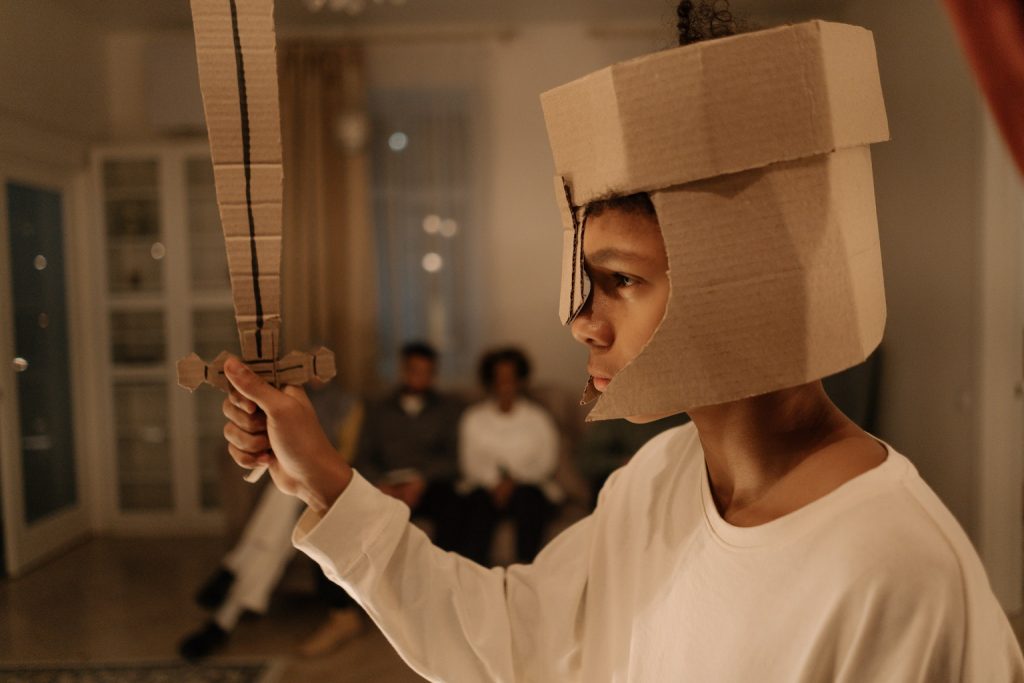 Acting refers to the performance of the actors to represent a character in a movie. You can answer questions about acting by using the following expressions:

Who are the actors in the movie?

It is typical to talk about the actors in a movie. The actors can influence the decision of a person whether to watch a movie or not. When discussing actors, you can talk about who are casted in the movie and how they performed. You can ask your conversation partner using the questions below.

Answers you can provide when talking about the movies are

Note: Names used in the examples above are fictional. 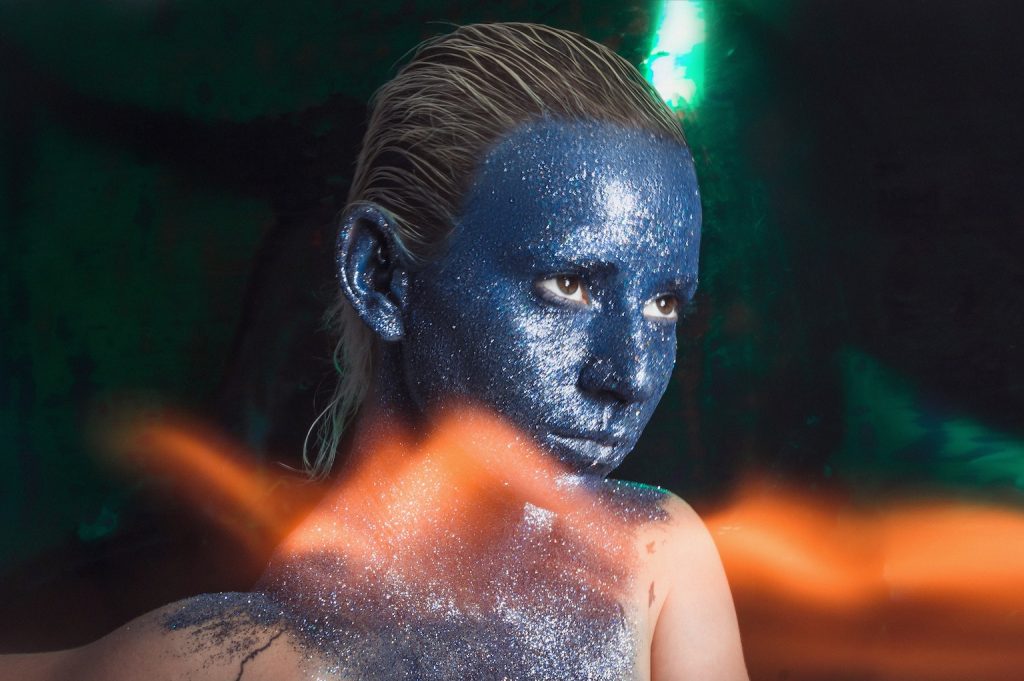 Characters refer to the people in a story. In every movie, there is a main character, a villain, and supporting roles. When talking about films, it is normal to talk about the different characters in the story and what you like or dislike about them. To ask about the characters in a movie, you can use the question above or this alternative:

Responses you can provide when asked about characters are

What is the story about?

When we talk about movies, your conversation partner will be naturally curious about what the movie is about. You can answer the question above by describing the movie’s main topic or by telling what happened in the story. You can introduce your answer by using the following phrases.

“The movie shows the life of…”

“The movie is the real story of..”

Which movie is better? 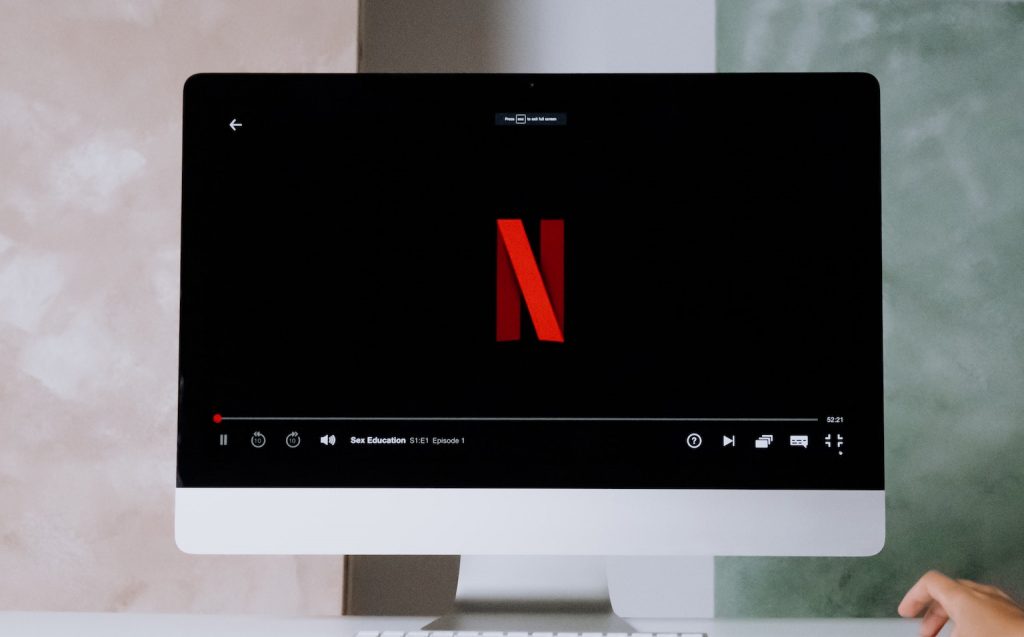 This question is asked when you are comparing a movie. You can answer it with responses such as:

When comparing movies, it is helpful to know the terms used to identify the types of movies.

When you say remake, it means that a movie from the past was recreated to make a new modern version.

Was the movie popular?

When talking about movies, you may wonder if the movie was popular or had any special recognition. You can answer the question above by the following responses:

To talk about how a movie was well received by the audience, you need to use descriptions. By using the following words below, you may be able to encourage or discourage someone from watching the movie.

Masterpiece means the best work of someone.

This word means that the movie has been recognized and won awards.

This describes that the movie has received good reviews from critics.

Another term used for this is “box-office hit.” It is used when describing that a movie is popular and makes a lot of money

This word is used when the movie did not make a lot of money.

Movie of the year

This description is used for a movie that stood out compared to other movies released in the same year.

More tips when talking about movies

When describing movies, it’s good to provide concrete details. Aside from sharing your general opinions like “the movie is good” or “the movie wasn’t that bad,” you can also speak about your observations on the plot, actors, and characters. Telling how the movie was well-received by movie-watchers can also be mentioned. This will help you to show whether you are sharing the same opinion with others or not. Also, be conscious of how much details you are sharing. Getting down to the nitty-gritty of the movie and providing too much information can bore your listeners. Lastly, avoid revealing the ending of the movie as much as possible. Telling it will only spoil the ending. Since your listeners already know the ending, they may no longer be interested in watching the movie anymore. It is also possible that they may not experience the same reactions as you did when you were watching it because they already know what to expect.

The next time you talk about movies, use the questions and responses provided above. You’ll find yourself enjoying having conversations about movies with others. You’ll smoothly establish connections with more people who love watching movies as well. Who knows, you might just end up being a recognized movie critic soon.

Need to practice the useful expressions you learned in English? Enroll in our conversation course today, and you’ll discover how you will speedily improve your fluency.