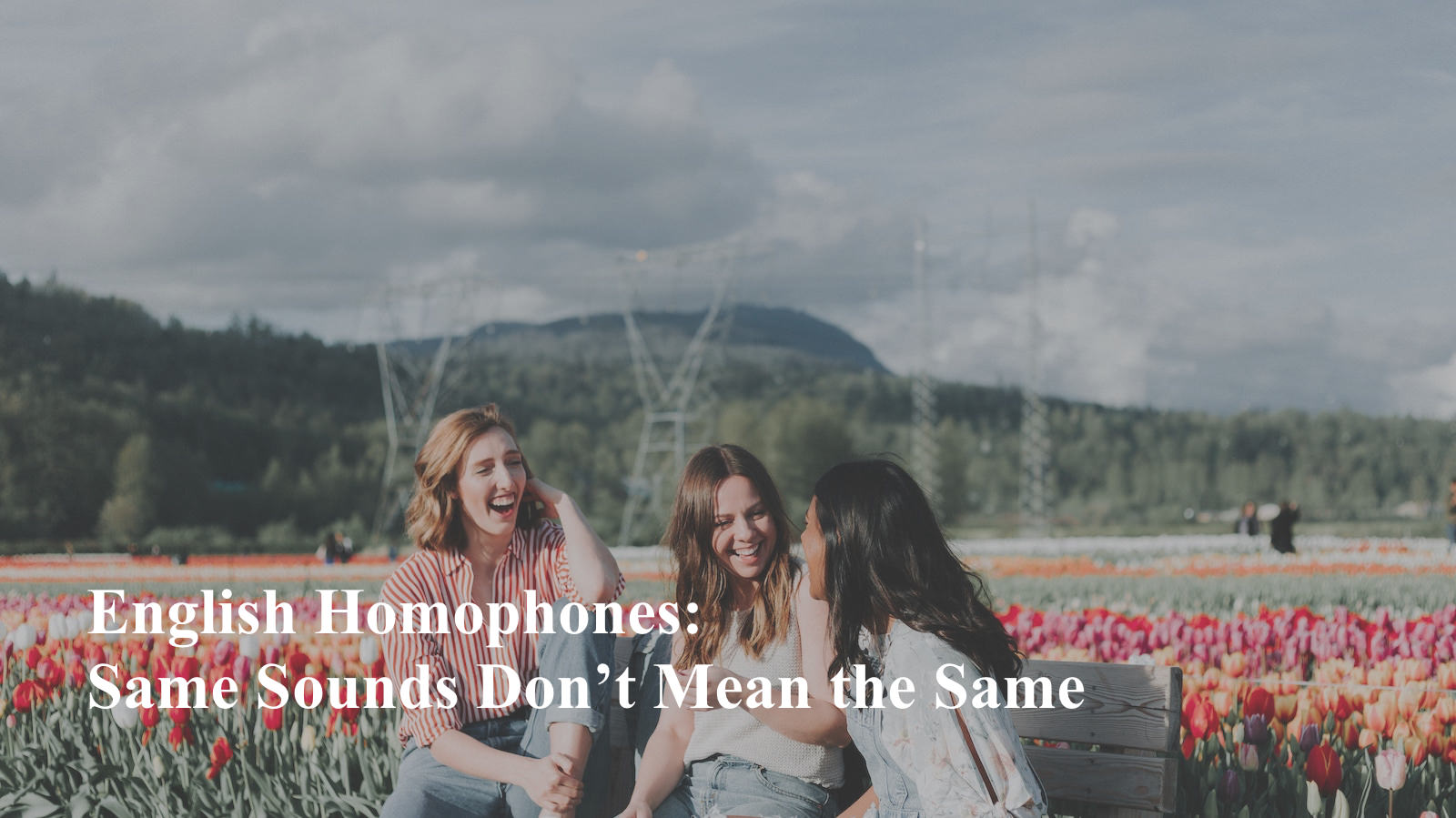 Fare and Fair. When you don’t see these words, and just listen to them spoken, you wouldn’t really think they are different. These are examples of homophones.

Today, let’s level up your spelling and vocabulary. So our topic is not commonly discussed as it is not a major grammar topic, yet it is very important in building English vocabulary. We will talk about HOMOPHONES.

These are words that sound the same but are spelled differently and actually have different meanings. You can imagine the confusion this can cause, especially to learners of the English language.

Homophones are also important to learn for you to understand the context. Once you become familiar with the sounds and their meanings, you’d understand what native speakers are saying.

Let’s take a closer look at 10 of them today:

Note that the first three are the most common mistakes that both native English speakers and English students make:

“You’re not talking about your mobile house, are you?”

2. IT’S = contraction of “IT IS”   *Contraction means two separate words that are joined into one.

“Have you read The Chronicles of Narnia? Well, it’s a good book, and its cover looks great.”

THERE = adverb of place

“They’re there with a bunch of their cousins.”

4.  SUN = bright shining ball that’s up in the sky

“My son loves playing out in the sun.”

CLOTHES = noun, refers to what you wear

“Please don’t close the door yet, I need to hang these clothes outside.”

7.  DEAR = adjective which means beloved or loved. It’s also used as an endearment. You often start letters with this or you call someone close to you this word.

Here are the gifts I bought for you when we went to Morocco last week.

Here are pictures of deer that we took when we went trekking.

“The deer is hiding behind the bush.”

“Marie and Emi are my dear friends.”

BY = preposition which means “near” or near the area. It’s also a means by which you arrive in a plac or destination.

BUY = verb, to purchase something

“I go to the nearest store by bus to buy spices and ingredients for my lasagna.”

“Mom placed the yellow flour beside the box of flour.”

HOUR = unit of time which is 60 minutes

“The hour has come. Our train is here!”

As you can see from the examples, a homophone is a word that is pronounced the same as another word but differs in meaning. The words may be spelled the same, such as rose (flower) and rose (past tense of “rise”). Or, they may be spelled differently, such as carat and carrot OR to, too, and two.

Here are more examples. This time, I won’t give the meaning or definition of each word. But, I’d like you to understand the different meanings by way of context. You can see the differences based on the sample sentences. Let’s start:

Be careful not to break that porcelain bowl.

Don’t forget your brakes! It will save your life on the road.

The whole Science class has its eyes on the experiment.

I see a small hole in the dress.

The knight won the girl’s heart.

Are they arriving in the afternoon or at night?

You would not want to go there alone.

Don’t burn all the wood! We need some tomorrow.

Would you slice the pear in half?

I lost a pair of shoes during our trip to Asia last month.

The cool air at the lake refreshes me all the time!

The heir to the throne died in battle.

Margo stares at Dean every day.

Kevin admitted that it was he who ate all the pies.

I work eight hours from Monday to Friday and still do overtime work on weekends.

From the second set of examples, you can see the importance of context. Understanding the meaning of words that sound the same based on situation helps a lot in unlocking homophones. Once you know the difference, it’s not too confusing anymore.