Easy Guide on the Basic Principles in Pronoun-Antecedent Agreement 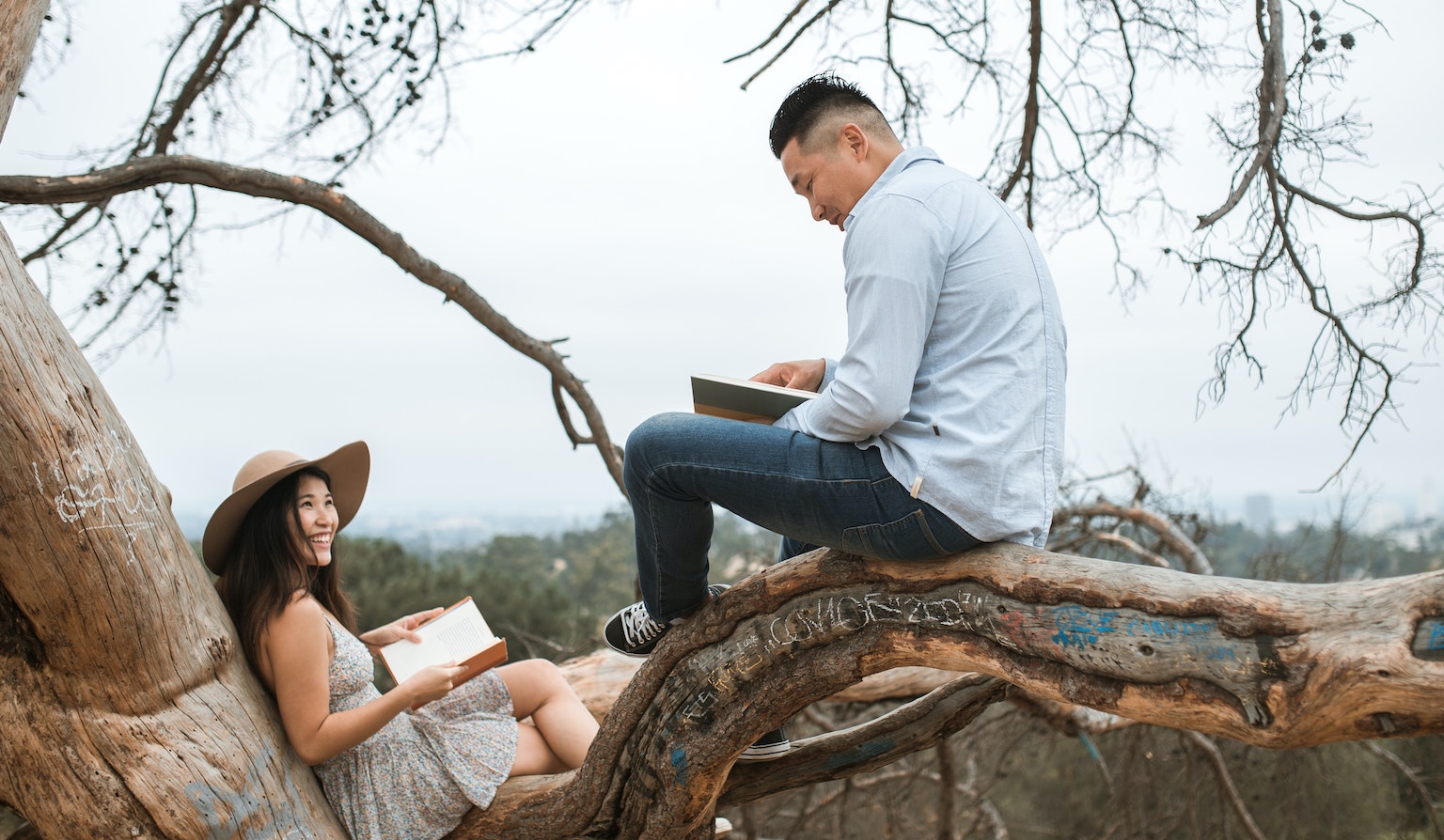 Pronoun is a part of English grammar that you often use in speaking or writing. Pronouns help in making your sentences concise and have a smooth flow. Since it is often used, it is important to ensure that you are utilizing pronouns correctly. Some messages are confusing because of the wrong use of pronouns. To use pronouns appropriately, it is helpful to familiarize yourself with the pronoun-antecedent agreement.

What is a Pronoun-antecedent Agreement?

The pronoun-antecedent agreement is a set of guidelines that serves as a basis when a pronoun matches or agrees with its antecedent in terms of person, number, gender, and case. Following it helps in making your audience easily pick up that your pronoun referent was used to replace your antecedent.

Before delving deeper into the pronoun-antecedent agreement, it is helpful to understand pronouns and antecedents first.

Pronouns are words that are used as a substitute for nouns. It can refer to persons, places, animals, and things. As a replacement for nouns, they prevent you from repeating proper nouns in your sentences.

Read the example below:

In this sentence, the proper noun “Mark” is used repeatedly.

Mark is going to school using his bike.

In the revised version of the sentence, the word “his” was used to replace “Mark”. This prevented the repetition of the subject’s name.

Antecedent is a word, phrase, or clause that the pronoun replaces. It can be a noun or a pronoun. Its prefix “ante” means before, thus consistent with its meaning, an antecedent goes before the pronoun. Antecedents are your reference to identify whether your pronouns are correct and agree with what it stands for.

Mark is going to school using his bike.

The antecedent used in this sentence is a Proper Noun. “Mark” is the antecedent, and “his” is the pronoun referent. The pronoun “he” replaced the name “Mark”.

She bought some fruit for her salad.

The antecedent used here is a pronoun. She is the antecedent because “she” is the pronoun to which ‘”her” refers.

Look at the example below:

Incorrect: Melvin and Nathan attended the class, but he went home early.

This sentence uses two subjects, “Melvin” and “Nathan” however, the pronoun referent used is “he,” which is a singular pronoun. This makes the sentence confusing because there are two subjects but suggests that only one of them went home early.

Correct: Melvin and Nathan attended the class, but they went home early.

This sentence is easier to understand as the pronoun referent “their”  is plural and refers to Melvin and Nathan.

There are four ways to determine that the pronoun matches its antecedent.

To determine what pronouns to use, you can use this list as a guide:

See the following examples below:

Incorrect Sentence: The waitress served our order and went back to his station.

This sentence has a pronoun-antecedent error. The word “waitress” refers to a female server, but the pronoun referent used is “his.” The pronoun “his” is only used to replace a masculine noun.

Correct Sentence: The waitress served our order and went back to her station.

“Her” was used to replace the feminine noun. The pronoun used matches its antecedent.

Incorrect Sentence: Jonathan went to the store and picked up it freebies.

In this sentence, there is no gender agreement. The antecedent “Jonathan” is a masculine name, but the pronoun used to replace it is “it.” The pronoun “it” is only used when substituting neutral antecedents.

Correct Sentence: Jonathan went to the store and picked up his freebies.

This revised sentence has a matching pronoun and antecedent. The masculine pronoun “his” matches the masculine noun “Jonathan”.

To appropriately select which pronouns to use for each person, you can use the list below as a reference.

Compare the sentences below

Incorrect sentence: We‘ll be visiting the farm again next week. Join them if you want to come.

The antecedent here is the pronoun “we”, which is a first-person plural pronoun. This suggests that the speaker talks about their visit to the farm on the following week. The pronoun referent used is incorrect because it used “them”, which is a third-person plural pronoun. Using “them” in the sentence gives an interpretation that the speaker will go to the farm, but asking his or her conversation partner to join others. This makes the message confusing.

Correct sentence: We‘ll be visiting the farm again next week. Join us if you want to come.

“We” and “us” are both first-person plural nouns; hence the antecedent and pronoun used are matched.

Incorrect Sentence: Brad will visit us next week. We can show you around so he‘ll be familiar with the place.

Correct Sentence: Brad will visit us next week. We can show him around so he‘ll be familiar with the place.

The antecedent and pronoun referents agree with each other. The pronouns “him” and “he” are both third-person plural pronouns.

As a guide, here is a reference you can use when choosing the correct pronoun for your sentences:

Look at the following examples below:

Incorrect sentence: Me called her in the afternoon.

The pronoun referent used for the subject antecedent is “me”. Remember that “me” is used to replace an object noun and not a subject. The correct pronoun that will match here is “I, ” which is the first person’s subject pronoun.

Correct sentence: I called her in the afternoon.

Incorrect sentence: John will visit ours in the afternoon.

Correct sentence: John will visit us in the afternoon.

Incorrect sentence: This is you pen.

In this sentence, “you” is used to signal who owns the pen. The pronoun”you” is used for subject or object pronouns. It does not reflect possession. The correct pronoun to use here is “your”.

Correct sentence: This is your pen.

Number identifies whether the word is singular or plural. To claim that there is an agreement in your pronoun and antecedent, they should be consistent in number as well.

As a rule for agreement in numbers, the following should be observed.

Here is another quick guide you can use to identify which pronoun to use in your sentences.

To understand the basic principle of pronoun-antecedent agreement in number, compare the examples below.

Incorrect Sentence: Professor Bernadeth has written their message for the event.

The antecedent “Professor Bernadeth” is singular and requires a singular pronoun referent. Since the pronoun used to replace the noun does not agree with its antecedent, this sentence is incorrect.

Correct Sentence: Professor Bernadeth has written her message for the event.

The revised sentence used “her”, which is the appropriate pronoun to replace the feminine singular noun.

Incorrect sentence: The students will have her field trip tomorrow.

In this sentence, there is no number agreement. The antecedent is a plural noun but the pronoun referent used is a singular pronoun.

Correct Sentence: The students will have their field trip tomorrow.

The antecedent “students” is plural, and the pronoun “their” is also plural.

Pronouns are useful words in the English language. To use them effectively, it requires you to follow the guidelines set. The wrong usage of it will lead to a confusing message but using them appropriately will prevent you from avoiding repetition. It can make your messages concise, clear, and easy to understand. It also makes you sound at ease in using the English language.

Want to learn more about the pronoun-antecedent agreement and how you can use them in your everyday conversation? We can help you. Check out our courses and enroll with us today.