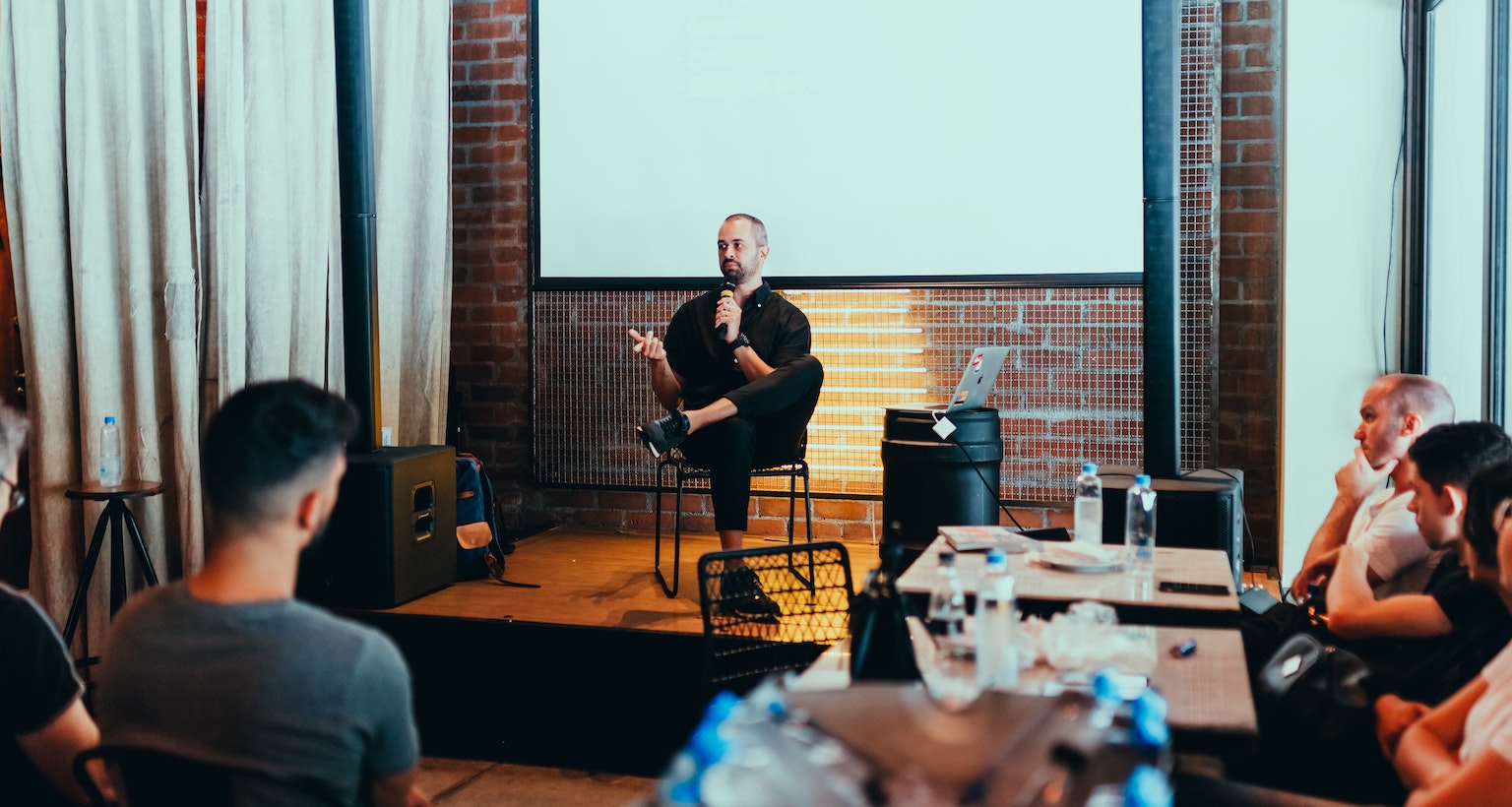 You may have encountered rhetorical techniques before, may it be in writing or listening. You might also have used them without even thinking about it.  When you try to persuade others or inform your listeners about something, you employ these language techniques. Rhetorical devices are used to convince other people or articulate your point to achieve a particular purpose. They are useful because they can trigger an emotional reaction, sway your listeners onto your side, provoke a response, and have long-lasting impressions. This is the reason why businessmen, politicians, commentators, and writers use these techniques. Having knowledge about these devices is advantageous as it enables you to be better with the art of convincing as well as improve your ability to process claims that are presented to you. Also, you can use it to creatively express your statements and enliven your conversations. There are plenty of rhetorical devices that can be used on different levels. In this article, we will cover the most commonly used rhetorical devices.

Alliteration is the repetition of the initial consonant sound of each word. It is used to express a sense of proper consistency. It is commonly used by businesses for brand names and titles to make it sound catchy and appealing.

Amplification is the technique of repeating a word or expression for emphasis. It often expands the original single idea by using more adjectives and details. This is done to add context and make the point more straightforward and easier to understand. It is useful in persuasion because it increases the point’s intensity and allows you to dive deeper into your argument. Through amplification, your audience sees how important your point is.

Without amplification: They want a perfect location for their wedding

Amplified: They want a perfect location to fit their ideal dream of an ideal wedding.

Without amplification: The project was difficult

Amplified: The project was difficult: it required extensive research, data collection, surveying, interviews, testing, and a lot of fieldwork.

An anacoluthon is used to present a sudden change in ideas. It is also used to introduce seemingly unrelated topics in the middle of a sentence. The inconsistency and incoherence in the sentence can seem like a grammatical mistake, but the shift helps to add emphasis to the idea being talked about. The sudden misdirection in the middle of a sentence helps in challenging the audience to think deeply and question their assumptions

If you had come, then I am not there.

I agree that passengers should queue- Did you just see that person walked straight to the counter?

Then I went to her house — the young boy was crying in fear.

Anadiplosis is the Greek for doubling back. This technique uses the same word at the end of a sentence, and the next word begins the following clause or sentence. Due to its structure, it forms a series of thoughts that drive your listeners to your point. This purposeful repetition is used to stress the importance of your ideas. The emphasis will enable your listener to pay closer attention to your point and follow how your idea evolves.

I should have expressed some words – words that would comfort her when she needed it the most.

When we win, we win big

Anaphora is a technique where you repeat a word or phrase in successive phrases, verses, or lines. It is the opposite of epistrophe, but just like epistrophe, it is also used for poetic effect, rhythm, and parallelism. It also helps to increase the power of a sentiment

She came, she saw, she conquered.

Antanagoge involves using both criticism and a compliment in one statement to balance a negative with a positive. It is often used as a counter-allegation when responding to detractors. It can be used when presenting options as an appealing alternative for instances when a problem remains unsolved or has no solution at all.

He lost her job, but it gives her more time to spend with his family.

The advantage of living alone is being more independent and being able to do what you want.

Another rhetorical device that stems from irony is Apophasis. This is a technique where you say something while denying, dismissing, or claiming not to mention it at all. It is a subtle yet effective way of bringing up a subject and making others curious. Commonly used phrases for this rhetorical device are “I am not saying that…” and “It goes without saying…”. These phrases are typically followed by what you initially claim not to say.

I’m not saying that it is your fault, but you were the one who initiated the deal

We will not talk about his past controversies.

Bdelygmia is a rhetorical technique to use insult or rant towards a person, word, or deed. The idea is that the more ugly and more elaborate your statement is, the more catchy it is. Bdelygmia is usually used to express your stand and get attention to your point.

That was a stupid move. The actions were not carefully thought of.

Calling you an idiot will be enough justification if you reacted out of desperation.

Chiasmus is inverting the order of the words or phrases in a sentence. This is used to invoke an emotional thought response to what you convey to your audience.

Have a language for knowledge and knowledge of the language.

Are you really working hard or hardly working?

Epistrophe is a rhetorical device where you repeat a word or expression at the end of consecutive phrases, verses, lines, clauses, and sentences. It is used for poetic effect.

You have to swear to tell the truth, the whole truth, and nothing but the truth.

Euphemism is a rhetorical device that uses a gentler language to make a statement non-offensive or more agreeable. It is an indirect method of telling something and making it sound nicer. It is often used when talking about bad news, consequences, or undesirable effects and description.

not working to full potential – lazy

Hyperbole is an exaggeration of a situation or description of an object. It is used for emphasis to appeal to the emotion, put some humor, and achieve dramatic effect in the message.

The best version of mobile phones will be launched next year.

She had mopped the floor a thousand times today.

She played the song a million times.

Hypophora is a rhetorical device where a question is asked, and a clear and direct answer is immediately provided. This is often used when you want to stimulate the interest of your audience and smoothly transition by leading them toward a specific point. It is significant because it enables you to control the answer, thus leaving others with less opportunity to argue.

When will you be satisfied? You will never be happy as long as you set yourself to keep on wanting more.

Litotes is an understatement. It uses double negatives to emphasize a positive. The understatement is effective in drawing the attention to the subject being talked about.

Not a bad dancer.

You are not wrong.

I’m not unfamiliar with rhetorical devices.

Onomatopoeia is a word used to resemble the real-life sound it signifies or describes. Some of these words include “plunk,” “bang,” “whiz,” “pop,” “oomph,” “squeal,” “jingle,” “bash,” “sniff,” “wham,” and “crunch. “This technique is useful because it creates a specific mental image about what you are referring to among your audience. Also, it makes your statements exciting and animated.

The door banged after she left.

The car banged on the wall.

Oxymoron creates a paradox or contradiction. It is composed of two contradictory words. It is useful when aiming for a dramatic effect

Synecdoche is a technique that uses a part of something to represent the whole. It is often used to generalize and make your point easy to remember.

The headcount is 250. (Head is just part of the body. It is used to mean person)

Nice wheels! ( Wheels is just part of the car, but it is used to refer a vehicle)

Tautology is the technique where one idea is repeatedly expressed with different wordings. It can be done by using additional words, phrases, or sentences. It is used to strengthen your point and have rhythm.

small dwarf (a dwarf is small, so there’s no need to say small.)

Repeat that again. ( When you say repeat, you will do something again, so there’s no need to use again)

color pink (pink is a color, so there’s no need to indicate that it is a color)

Zeugma is the Greek for “yoking”.  This rhetorical device is also known as syllepsis. Zeugma is the use of a word to govern or control two or more objects with different meanings. One of the objects refers to its literal meaning, while the other is metaphorical in a sense. This is often used for creative wordplay and to make messages sound more interesting.

He fished for sea bass and for compliments.

The storm sank my boat and my dreams.

Rhetorical devices help in strengthening your everyday communication. It can enhance your messages and enable you to convey your points more compellingly and convincingly. The list above shows the only commonly used rhetorical techniques. There are still a lot of devices that are available for you to use. Start with the tools mentioned above and continue to learn the others as well. Doing so will enable you to master the art of persuasion and be like the famous good speakers you look up to. Although you may be familiar with some while still confused with the others, consistently learning them will help you to put them into use with ease. The next time you need to engage in conversations, have a friendly debate or write about your insights, pick one or more among these devices, and use them.

Want to improve your English quickly? Enroll now at LingualBox. We have different courses from pronunciation, useful expressions, Travel English, and many more.  Start learning English and get better with your communication skills.