41 Idioms You Can Use At Work 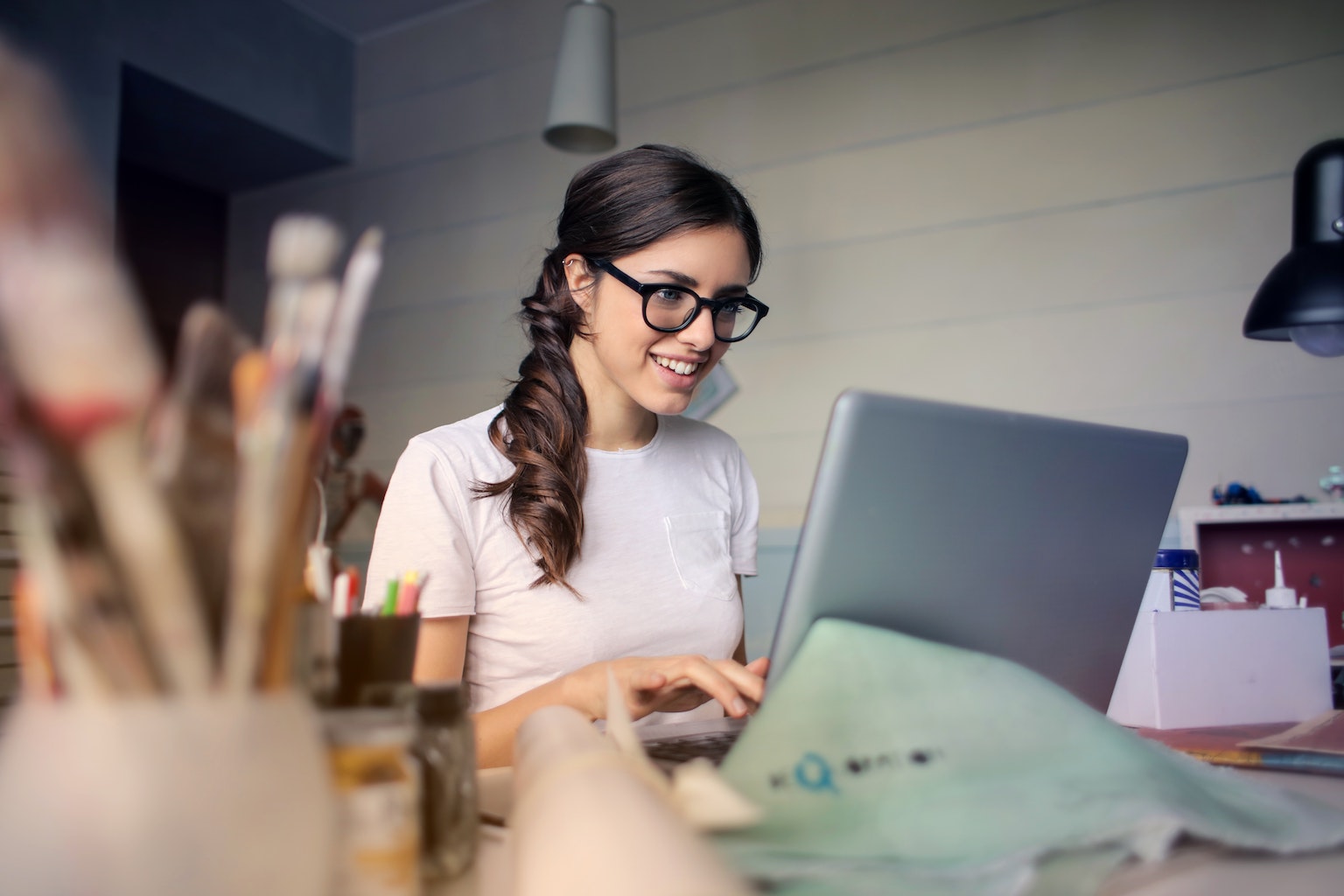 Learning idioms is an essential part of learning the English language. Idiomatic expressions are instrumental and interesting at the same time. You can use it in school, your everyday life, and even at work. Whipping out some useful idioms in your usual conversations will help you expand your vocabulary and also improve your communication skills—spice up your workplace communication with these idioms fit for work.

Think outside the box

To think outside the box means to think creatively, to veer away from the normal and the expected.

Example: For graphic artists to deliver good quality designs, I need them to be fearless and think outside the box.

Test the waters means to try something first to know if it will be successful or not; it’s compared to feeling the temperature of the water first before fully getting in.

Example: We’re still testing the waters with this new product. We’re trying to see if our customers will like it.

A learning curve is a graphical representation of someone’s growth in learning something. Put simply, it’s the rate of someone’s progress in gaining new skills or knowledge.

Example: The early days after being promoted as Manager was a steep learning curve for me.

On the back burner

It is used to refer to something with the lowest or least priority at the moment.

Example: Put the plans for an out of town trip on the back burner for now. We have more pressing things to focus on.

For the long haul

It can mean long distance, long period of time, or a prolonged or difficult task.

Example: We’re looking to build a strong workforce, so we need people who will be with us for the long haul.

On the same page

To have the same understanding of a situation or a topic with others.

Example: Let’s set weekly meetings to have everyone on the same page and be updated.

To increase the activity or level of something.

Example: Our account executives need to ramp-up their plans for the clients so we can have a boost in our sales this month.

A people person is someone outgoing, extroverted, enjoys the company of others, and has excellent communication skills.

Example: The management made the right decision choosing Natalie to spearhead the outreach programs; she’s such a people person.

Stay on your toes

To be alert, attentive, and ready for something to happen.

Example: The chairman will have random inspections, so stay on your toes.

Have a lot on your plate

To have a lot on your plate means you have several tasks and responsibilities at the moment.

Example: Sorry, I can’t join you for dinner. I have a lot on my plate right now. I’ll make up for it next week.

To process, examine, and analyze large amounts of information or numbers.

Example: After crunching the numbers, the accounting department announced that we are a little short on budget, so we cannot buy new appliances for the common pantry.

Back to square one

Back to the beginning, without progress ever made.

Example: Be careful. If we lose all this data, we’ll be back to square one, and our project will be delayed.

To fail to hit or achieve the intended target, goal, or result.

Example: Last year’s campaign did terrible. It completely missed the mark! Let’s avoid that this year and research intensively.

To be fully informed and have all the latest information about something.

Example: Mark, our HR associate, will be the one to assist our new hires and bring them up to speed.

To put something off means to delay or postpone something because of specific reasons.

Example: Because of the ongoing concerns about the coronavirus, the company had to put off their activities for three months.

To sell like hotcakes means to sell products quickly and in large quantities.

Example: Since news of the COVID-19 pandemic broke out, sanitary items sold out like hotcakes. From rubbing alcohol to hand sanitizers, face masks, soap, and even tissue paper!

Bang for the buck

Refers to the value in return for your money spent, so if something has more bang for the buck, it means you get more value than the amount you spent.

Example: Let’s invest in more durable equipment next time; they give more bang for the buck.

Do something in the easiest, quickest, and cheapest way possible. It typically involves not following some rules or omitting to do something.

Example: Zach’s pet peeve is researchers cutting corners when it comes to dealing with data because it will just result in careless errors.

To study, read, or work late into the night; to work tirelessly beyond business hours.

Example: Finally, after years of burning the midnight oil, Haley’s hard work paid off. He became a partner!

To jump the gun is to act or do something too soon, without putting careful thought into it.

Example: The marketing manager reminded his team to research first before jumping the gun. They lost a lot of potential clients because of that one mistake.

Throw in the towel

To abandon something or a project, to accept defeat and failure.

Example: After months of getting low revenues, Nate was ready to throw in the towel but Kyle reminded him of their goal.

Hit the nail on the head

To be accurately right, to describe a situation or an answer exactly.

Example: That was exactly what I was thinking! You hit the nail on the head, man.

Small talk is a polite conversation between two people who are not close about unimportant or insignificant things like the weather or daily mundane topics. This usually happens between people who met for the first time or people awkward with each other.

Example: It’s a bit painful to watch aspiring applicants try to make small talk while waiting for their turn to be interviewed by the hiring manager.

To be in full agreement about something.

Example: The management and the employees need to start seeing eye to eye about the company rules and policies.

To call the shots means to be the official person in charge, to be in control of the situation, and to make crucial decisions.

Example: She’s the director, so at the end of the day, she still the one calling the shots.

Back to the drawing board

If a plan or an idea doesn’t go successfully or as planned, you go back to the beginning to devise a new strategy.

Example: The client rejected our previous proposals, so I guess it’s back to the drawing board for us. I hope this time, we get something approved.

To be in the red means to be in debt because of spending more than what you earn.

Example: My husband’s company is on the brink of filing for bankruptcy. They have been in the red for years, and the management never informed their employees.

A long shot refers to something that involves great risk and unlikely to succeed.

Example: I know it’s a long shot, but maybe we can convince the bosses to have a temporary work from home set up because of the virus.

To stay and stick accordingly to the rules or the law.

Example: Beth works by the book; she’s the typical textbook accountant. Very much unlike George, who likes experimenting and trying out new things.

A barrier to advancement or professional growth usually affects women or members of the minorities.

Example: I have decided to resign as a Marketing Associate because I believe there’s a glass ceiling in this company, and I don’t see any room for me to grow.

The bottom line is the ultimate or most important outcome or point.

Example: We spent two hours discussing this yesterday, but the bottom line is we’re going to have to hire more writers.

To slack off is to stop working hard or putting full effort into doing your tasks.

Example: That new guy from the media team is always slacking off. I won’t be surprised if he gets laid off sooner or later.

To be in hot water is to be in a difficult situation or to be in trouble about something.

Example: I heard Jess is in hot water because of his failed campaigns.

Have your work cut out

To have something challenging or difficult to do.

Example: He has his work cut out for him to finish all those reports and presentations by tomorrow.

To have a general overview or understanding of a situation or a topic without any details.

Example: You won’t be able to ace that client presentation if you only have a helicopter view of our products. Do your homework.

A discussion between team members to come up with new and interesting ideas, similar to brainstorming.

Example: Paul said we needed another thought shower to come up with new ideas for the book fair.

A rough estimate or approximation of something’s value, it’s commonly used by salespeople and accountants.

Example: Mark just gave me a ballpark figure because he still wasn’t sure of the exact cost.

A fine print is a part of a document that is written or printed in small letters often overlooked by readers.

Example: Read the contract and the documents thoroughly, including the fine print before you sign anything.

Ball in your court

If the ball is in someone’s court, it means it’s now their responsibility, and it’s their turn to make decisions.

Example: We already gave them the brief and the assets, now the ball’s in their court.

Example: Jason is always available 24/7. That’s what makes him such a good leader.