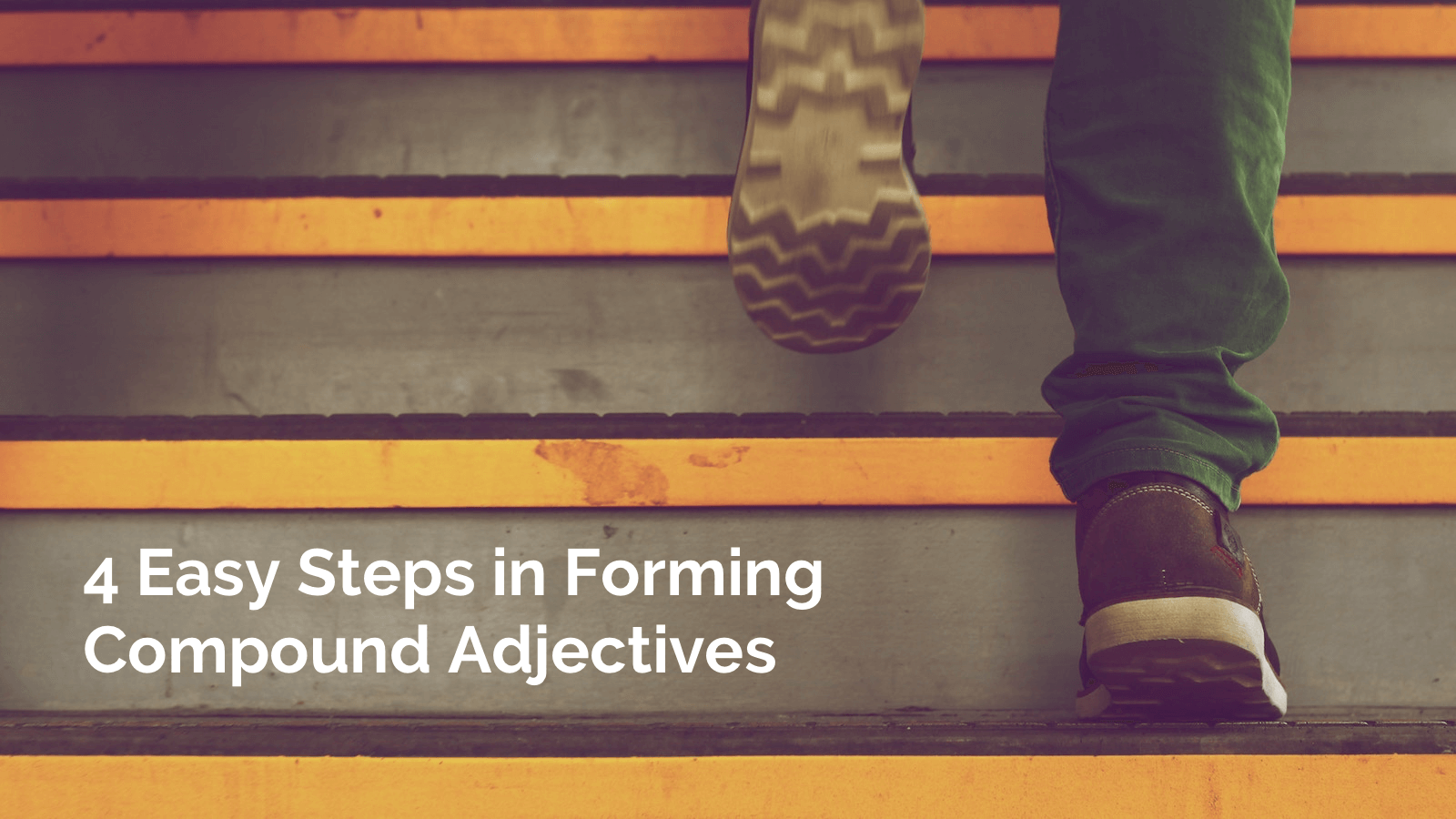 Have you ever wondered what those hyphens “– “are those you often see connect two words? Do you want to know how or when to use them? Today, you will not only learn about hyphens but actually more about the other form of an adjective. This is the compound adjective where you see hyphens being commonly used.

So, let’s review the basics first.

What is an adjective?

It describes the noun. It gives the noun more character and offers more details about it. Since it is used to identify individual people, places, and unique things, it is positioned before the noun that it modifies. One sentence can contain more than one adjective.

What is a noun?

It is the name of a person, place, or thing. Examples are girl, toy, Ben, Gail, house, mountain, train, courage, fear, love, river, bird, and more. So when you put a word in front of a noun to describe it, that’s an adjective.

A compound adjective is when two or more words are combined to describe the same noun. Since it is a combination of more than two words that functions as one word, it has a hyphen. Look at these examples to distinguish what makes a compound adjective.

Here are more sentences to help demonstrate what a compound adjective is:

Also, you may have noticed that a compound adjective comes BEFORE a noun and has a hyphen. See the following:

*I have a German-speaking friend.

*A long-time friend came by to see us this morning.

If you’re not using a compound adjective, the meaning of the sentence becomes entirely different. Look at these examples:

“a man eating a shark”

This shows that the man eats sharks.

This describes a shark that eats people.

Before we go on, note that this is the most common mistake in writing compound adjectives.

*My son is eight years old.

The adjective is after the noun, so no hyphen is needed here.

*I have an eight-year-old son.

This is wrong. With compound adjectives, don’t use the plural form because there’s the hyphen already.

*I have an eight-year-old son.

-This is the correct sentence.

Participles are verbs with –ing and are used as a noun or adjective in a sentence.  It is also a past tense with –ed, or past tense of an irregular verb.

*Example of the participle with –ing:

*Example of the participle with –ed:

The following are compound adjectives that use participle:

Body parts can be used in compound words by adding only –ed.

So, by adding –ed to body parts, you turn them into a participle.

Here, we use numbers to describe another noun. So this type of combination becomes an adjective to describe that noun.

With this combination, the measure for time, area, volume, weight, or height is used.

The rule used for hyphens is the same one that applies to plural forms: Use singular when there’s a hyphen and if placed BEFORE the noun.

*Josh is carrying a 10-kilogram sack of wheat.

Use plural when there is NO hyphen and if placed AFTER the noun.

*Josh is carrying a sack of wheat that weighs 10 kilograms.

Please note that in IELTS Writing, compound adjectives are count as one word.

If you want to use a compound adjective, just remember that it is made up of two or three words that together function as one word. These are two or three words connected by a hyphen and work altogether as one adjective to describe the same noun. You will see more of these adjectives as your experience with English increases.