20 Simple Words That You Can Use When Talking About Money 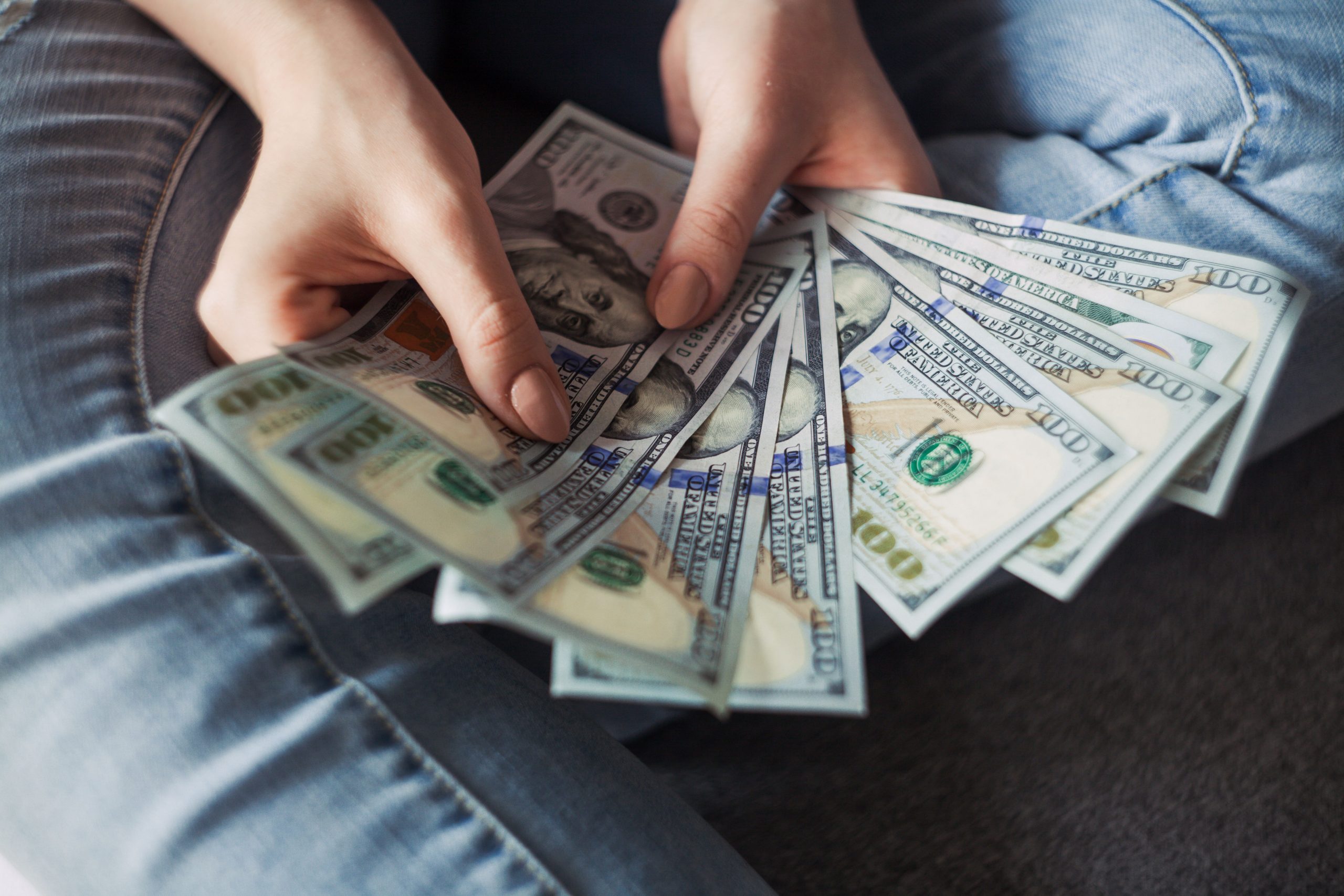 Money is a subject that anybody talks about. No matter what country you are from, you will certainly experience talking about this universal subject. You might even talk about it every day since you probably need to deal with money almost every day. Part of typical daily life includes buying your food, your essentials, paying for your transportation, paying your bills, getting your salary, saving up, investing, and dealing with your business transactions. All of the mentioned activities involve money. Certainly, everybody deals with money; hence, anybody can relate when you talk about money. You simply cannot avoid talking about it. Money is important, yet a sensitive subject. Therefore, you must learn how to talk about it. By knowing how to communicate money concerns, you’ll be able to express yourself better and engage yourself in deeper money talks. Moreover, if you are taking an international standardized test for the English language, you may encounter this topic. Knowing how to talk about money prepares you to be equipped when the time arises that you need to speak about it.

This post will present vocabularies that are commonly used when having conversations about money. You’ll notice that many words are related to this subject, and some even have their alternatives. This post includes each term’s definition to help you understand them. Examples are also added, so you have a reference on how to practically use them. 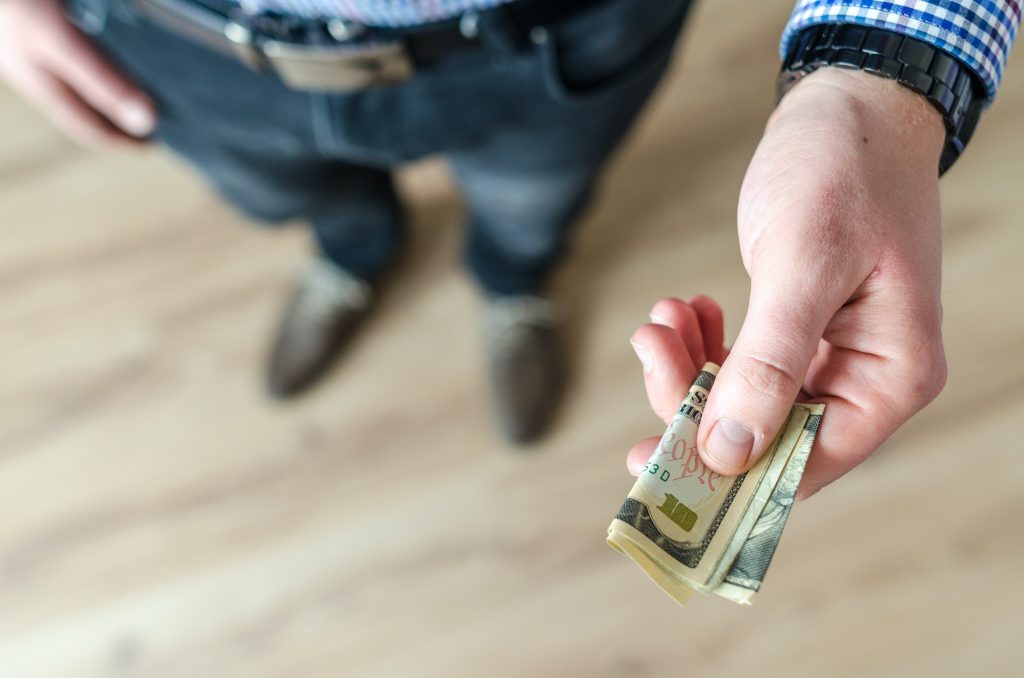 Meaning: Banknotes are the paper money that you have. This word is mostly known with its shortened term “note”.  When talking about paper money more casually, the “note” is more preferred to be used. Meanwhile, American English uses the word “bill” to refer to banknotes.

The newly released banknotes have a better design.

The old banknotes shall be replaced by the new ones.

You can’t pay using your phased out banknotes.

The ATM has released new banknotes.

Meaning: Coins are round and flat items that are made of metal things. They have lesser value than banknotes.

She has lots of coins in her piggy bank.

Do you have some coins in your pocket?

I dropped a coin while walking on the street.

Meaning: Cash is the physical money that you have, hence readily available to be used. It can be coins or banknotes.

Peter asked Philip how much cash does he have?

She is paying in cash, not with a credit card.

The customer thought she wouldn’t be able to pay for the item, but she found some cash on the bottom of her bag.

Meaning: When you use a banknote to pay for an item, but its worth is more than the item’s price, you get a change. It is the surplus of the money you gave when you bought an item, hence it is being returned to you.

The cashier did not give the correct change.

Did you count the change before leaving the store?

Vocabularies to use when talking about spending money 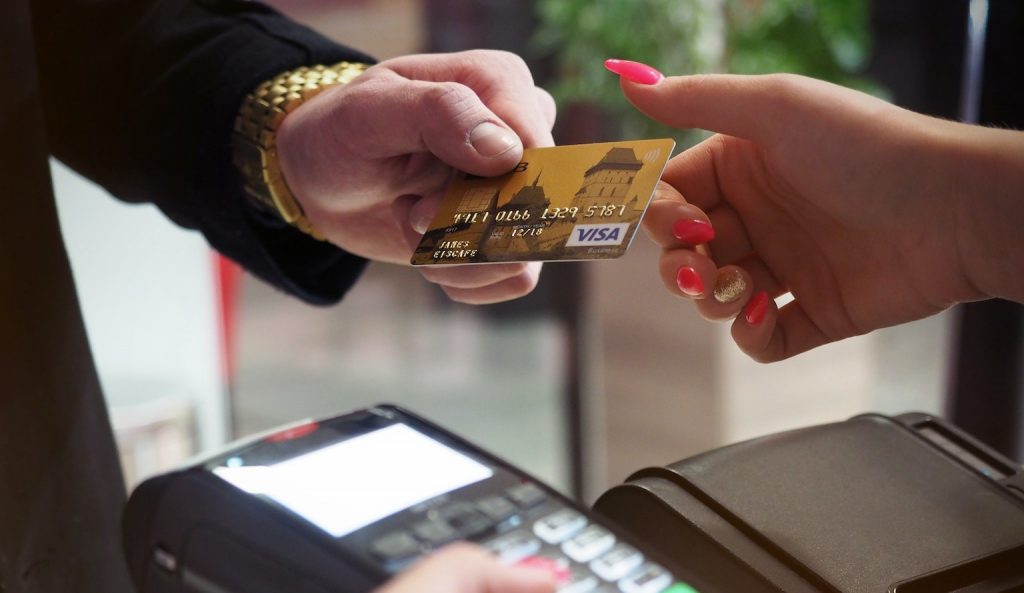 Meaning: The word splurge is used when you refer to an act of spending too much money. It can be because the person is buying expensive things, or buying more than needed.

After getting her salary, she splurged about $1,000 on food.

While traveling, some people splurge a lot, that’s why they complain about having no money when they get back.

Financial coaches often tell us to save and invest wisely instead of splurging.

Meaning: Break the bank means spending more than you should, as you are using almost all of your money just to buy something.

The client could not buy the building because it would need him to break the bank just to have it.

Budget traveling allows you to see your dream destination without exactly going to break the bank.

The product may be pricey but not enough to break the bank.

Meaning: Frugal means spending money carefully. It follows the principle of avoiding wasting money and spending depends more on your priorities. It is wise spending.

Frugal people are usually modest but have savings in their bank.

John is frugal, but he’s willing to spend money if it’s going to make his family happy.

Being frugal is not that bad. It just shows that you know your priorities. 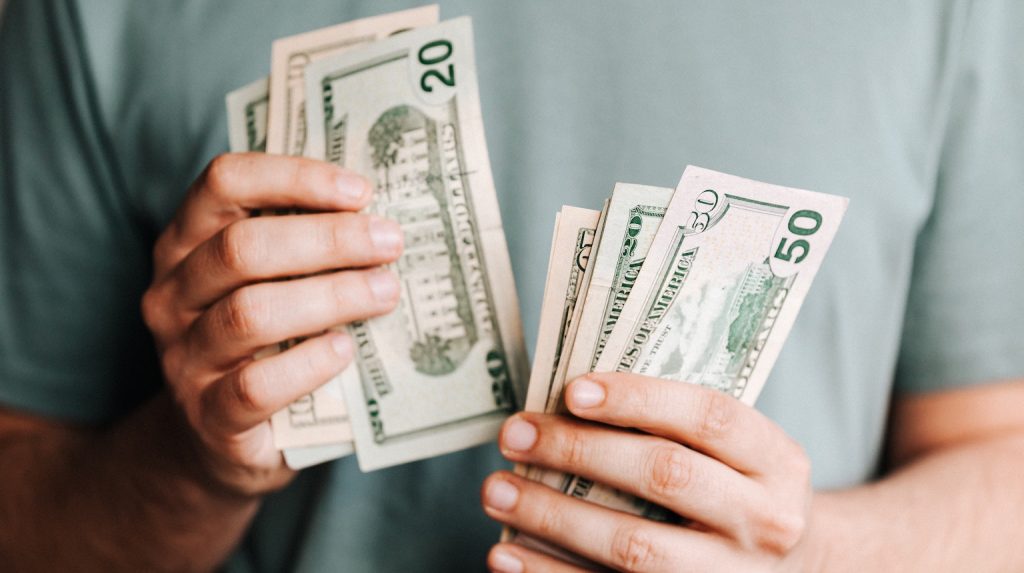 Meaning: Wage refers to the money that you get from an hour of work

She did not pursue the job because the wage is too little.

There will be an increase in the wage of part-timers.

The board is discussing whether to retain or increase the wage amount of their employees.

Meaning: Salary refers to the amount of money you get paid per year or month.

Although Rino is earning decent money, his salary is still not enough to purchase the farmland that he likes.

The secretary promised that he will pay the remaining balance once he receives his salary.

The HR representative explained to him about the salary and other benefits provided by the company.

Vocabularies to use when talking about money related to business 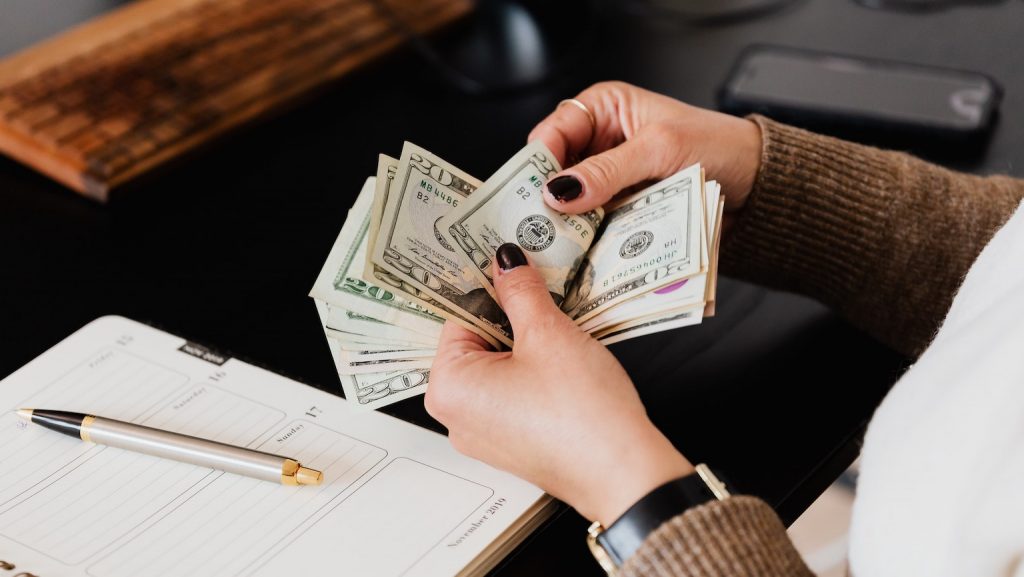 Meaning: Capital is the money that you need to start a business. It is what you used for producing your goods or services and funding your operations. It could also mean the amount you paid for an investment that you expect to make more money.

Kervin is looking for another part-time job to earn capital.

How much capital do you need to put up your health supplement business?

The business coach said you can start a small business even with small capital.

Meaning: Profit is the amount you earned after selling a service or product. It is the difference between the selling price and the cost of producing your items. This surplus becomes your financial gain. It is also called “net income.”

Matthew’s business is doing well and provided him a good profit.

The coach advised us to be patient before seeing the profit.

Businesses stop operating when they’re not gaining any profit anymore.

Meaning: Deposit means the initial payment that you give at the time of purchase. It serves as collateral or a guarantee that you intend to fully pay a particular service or product but intends to pay it on an installment basis.

A downpayment of at least 20% of the car’s purchase price is needed to get your preferred car.

The client received the receipt after paying the down payment.

She is working diligently to earn the downpayment needed for the property she likes to buy.

Meaning: Balance is the remaining amount of money that is still left unpaid.

Victor has a balance of 1000 USD, which must be paid in three months.

The bank personnel reminded her of the remaining balance.

Since she was paying religiously, the balance kept decreasing.

Meaning: Fee is the payment given for a professional service, advice, privilege, or admission. It is usually a fixed price.

Before you leave the clinic, do not forget to pay the doctor’s fee.

To avail the course, you would have to pay a monthly fee of 200 USD.

Vocabularies you need to talk about virtual money 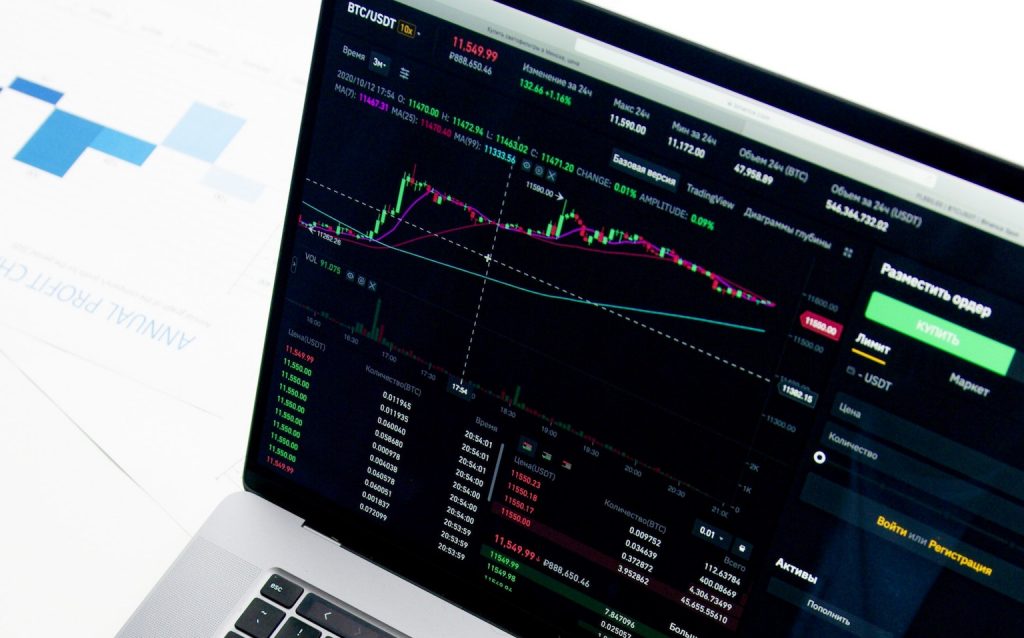 Meaning: E-money is a form of currency that serves as an alternative to cash. Its value is stored in electronic form. This kind of money allows you to buy things without involving any bank transactions.

She still has some e-money left in her e-wallet.

She bought some grocery items from her e-money.

Shopping without bringing cash is now possible as long as you have e-money.

Meaning: Cryptocurrency is also called “digital money” because it is a currency that has no physical paper money or coin. It only exists digitally and to use it, transactions should be made online. The sum of money that you have for this kind of currency is stored in a digital wallet.

Many are still hesitant to get into cryptocurrency after hearing some stories about scammers.

Payments made through cryptocurrency are often irreversible.

Some people are interested in investing and using cryptocurrency to avoid transaction fees.

Vocabularies used when talking about currency 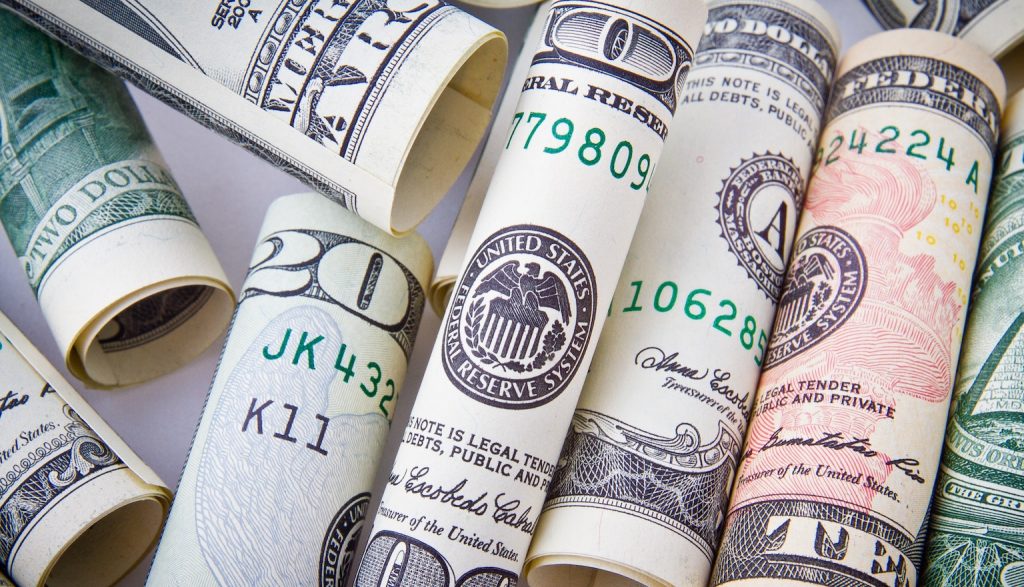 Meaning: Currency is the kind of money that is used in a particular country. It is the official money used by locals for their transactions such as paying, selling, and saving money.

Different countries have their own currency.

In the Philippines peso is the official currency.

You can find the best places to exchange your currency at downtown.

Meaning: Bucks is the informal way of saying “dollars.” Some people prefer to use this term as it has a more casual tone. Also, it makes the amount’s worth of something sound cheaper.

As a reward for helping me, I would give you 50 bucks.

The vendor is asking me 20 bucks for a small package.

She’s not bringing any cash. Can you lend her 80 bucks?

Vocabularies used when talking about budget 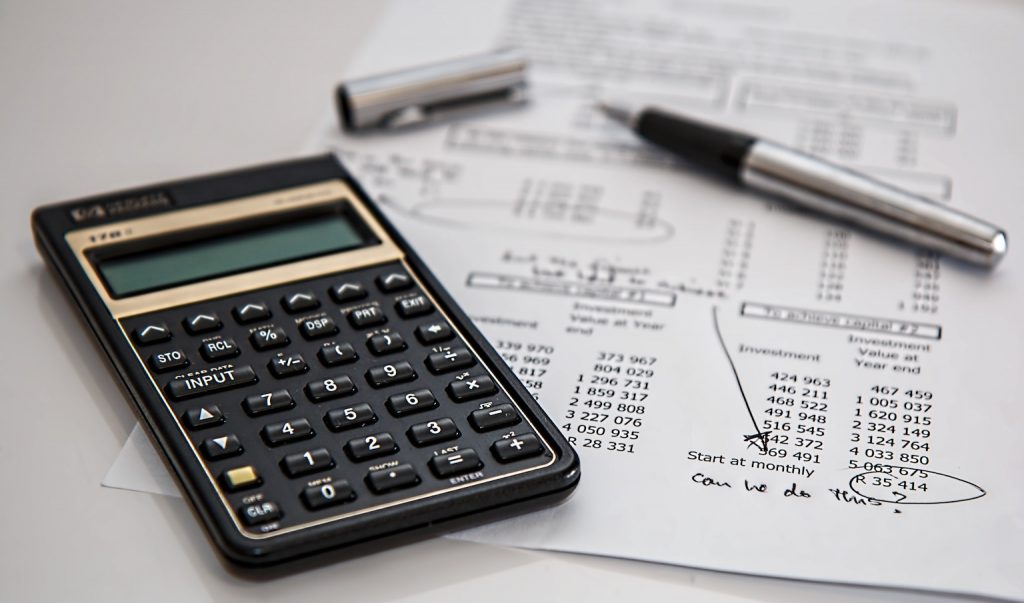 On a shoestring budget

Meaning: Shoestring budget means having a limited or small amount of money to spend on a particular project or pursuit. An alternative term used for this is “tight budget.”

The fresh graduate with an entrepreneurial mind asked if she can start a business with a shoestring budget.

It is impressive of her to travel to three different countries on a shoestring budget.

Since the organization is working on a shoestring budget, they have to cut down some expenses.

Meaning: Budget-friendly means an item or service is affordable. Since it does not cost too much or you have enough money to pay for it, it won’t cause your budget problems even if you pay for it.

She goes to that same-store every week even if it’s a bit far because the products sold there are budget-friendly.

The tour guide helped the tourists to find budget-friendly accommodation.

Jack saves a lot because he always looks for budget-friendly options before buying.

We hope that the given vocabularies above will help you easily get your point across when talking about your finances. Knowing useful words will enable you to confidently talk about money in English. Practice the words provided above may it be by writing a sentence or using them during your conversation. Lastly, don’t forget to be tactful at all times when talking about money.

Interested to learn more about money expressions or practice the vocabularies you learned above? Book your two free trial classes today.