10 Commonly Mispronounced Food Words and How to Say Them 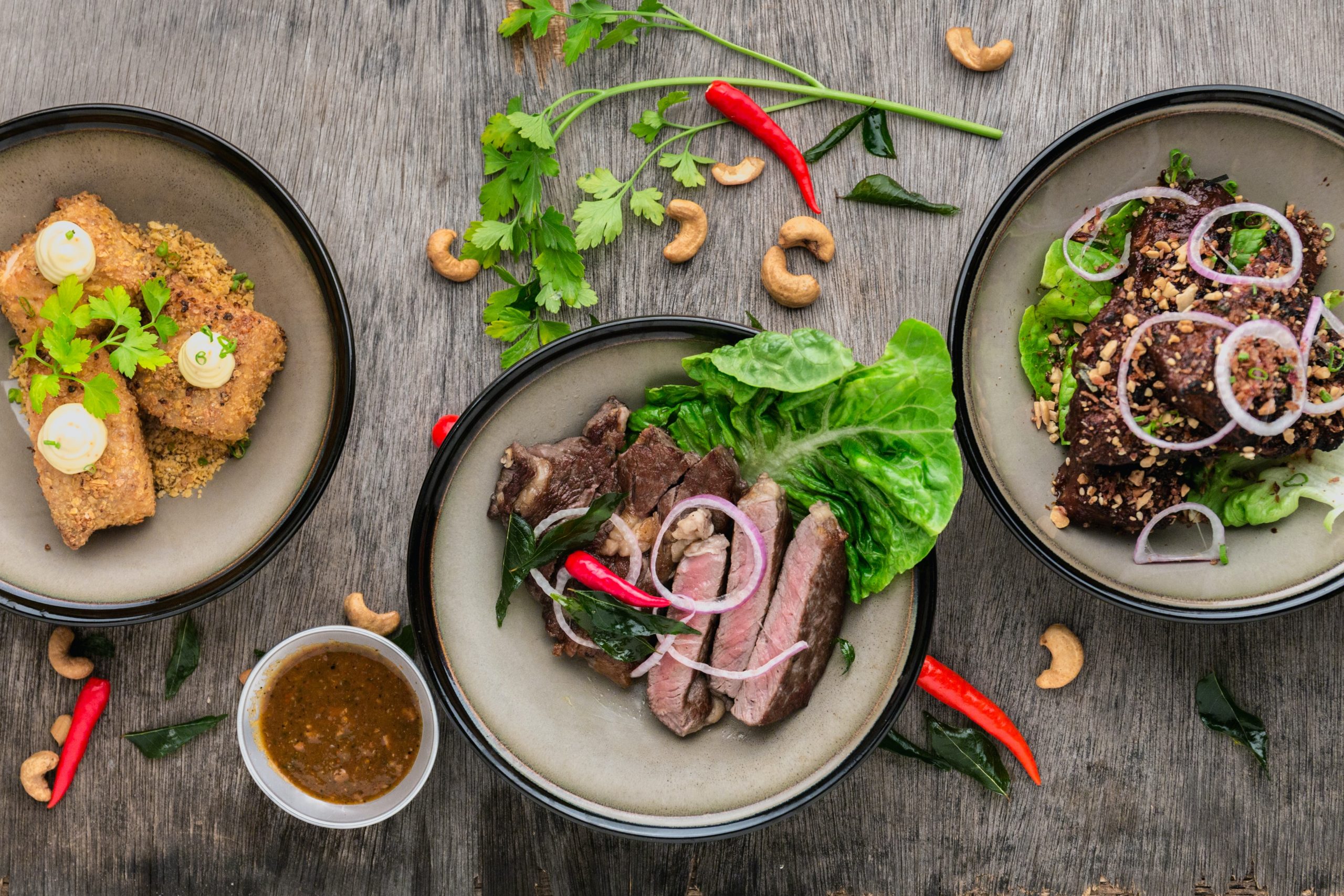 Most food words are straightforward and easy to pronounce. But with the ever-changing culinary landscape, there are many new food and cooking terms that pop up every now and then—and a lot of them are not purely English (in other words, they may originate from other countries). So although they are used in English conversations and contexts, they are not pronounced so easily. Here are ten food words that are commonly mispronounced, what they mean, and how to say them. 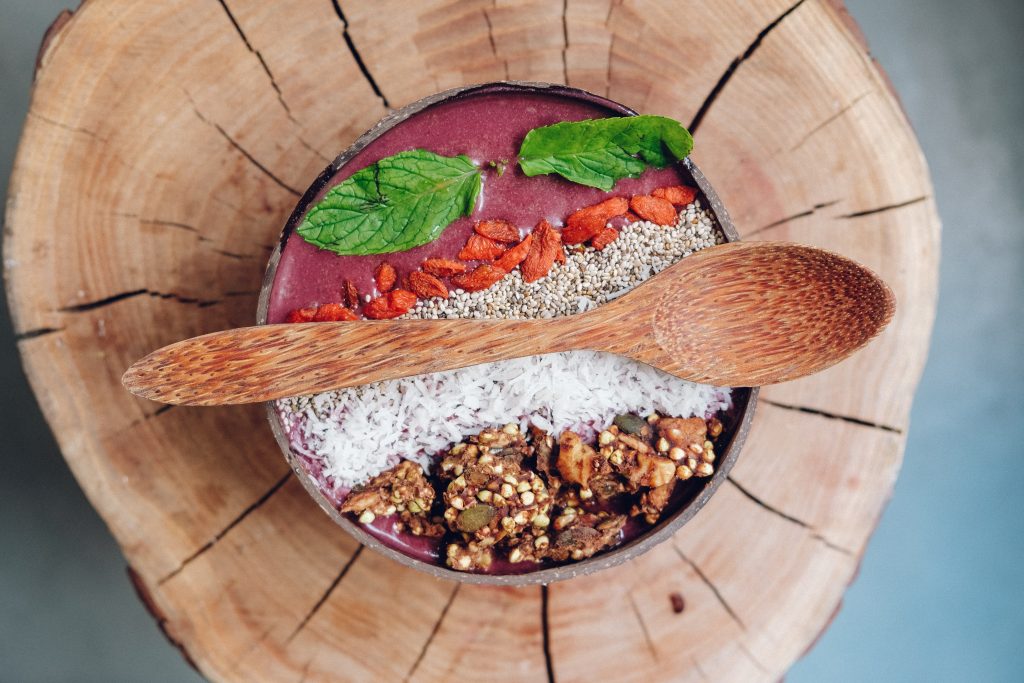 Açaí (pronounced “ah-sigh-yee”) are berries taken from açaí palm trees in Central and South American rainforests. They are a purple-reddish fruit rich in antioxidants, vitamins, and nutrients, making them a known superfood.

Açaí gained popularity for its many health claims: helping with weight loss, preventing heart disease, easing symptoms of arthritis, among others. Though it is not proven that eating a lot of açaí grants all these benefits, many people still love the grape-like berry for its flavor. It is a favorite ingredient for power shakes and smoothie bowls.

Aioli can be pronounced as “ey-oh-lee” or “ay-oh-lee.” It is a yellow mayonnaise-like sauce made with garlic, olive oil, lemon juice, and egg yolk. People often use aioli as a dipping sauce for finger food, such as French fries or a sauce paired with roasted vegetables or even poached fish. It is effortless to make at home with just a whisk and a bowl. 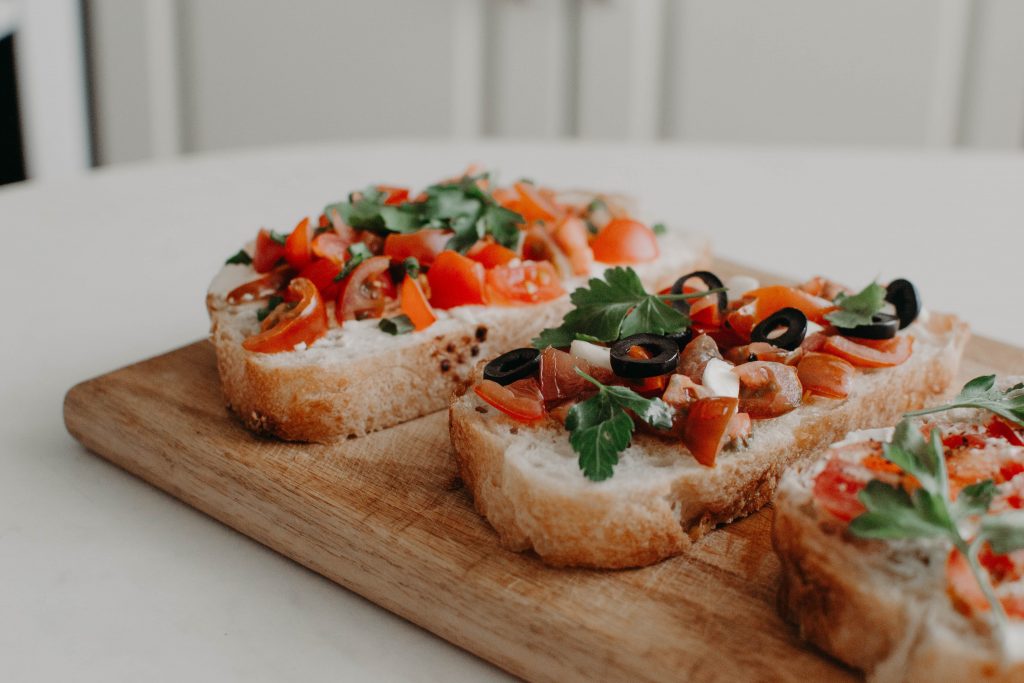 Bruschetta, pronounced as “broo-skeh-ta,” is a delicious Italian appetizer enjoyed during the summer. It is composed of a grilled piece of bread (usually cut from a rustic Italian loaf), drizzled with olive oil and salt, plus some toppings. Traditionally, the toast is rubbed with garlic for better flavor, and classic bruschetta is topped with chopped fresh tomatoes and fresh basil. But there are many variations, with people using toppings of their choice, such as cured meat or beans. 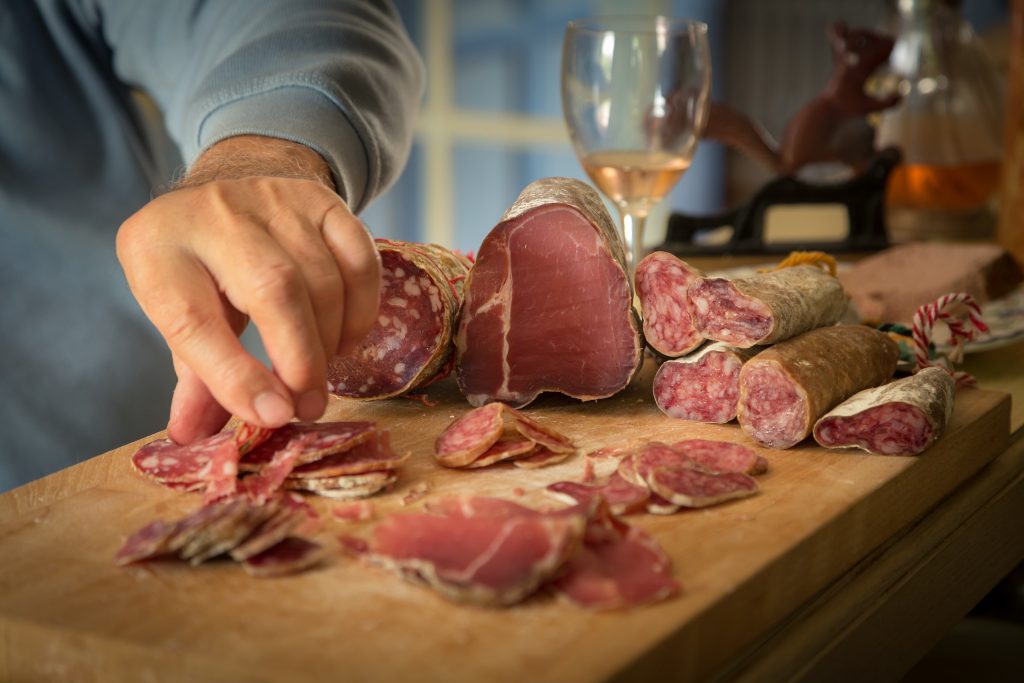 Charcuterie (“shar-koo-tuh-ree”) is a French term referring to the branch of cooking (or art, as many consider it) of preparing meat products. However, outside of France, it has evolved into the act of assembling many other things into a so-called charcuterie board—a well-dressed board filled with a selection of meats, fruits, cheese, dips, and toasts or crackers. 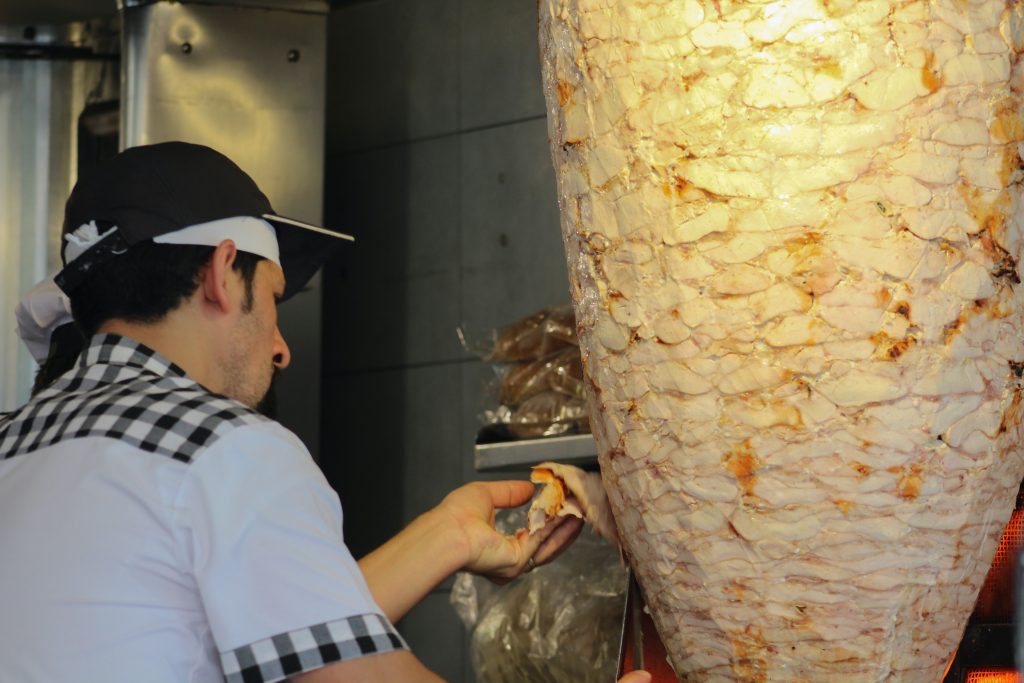 Gyro, pronounced “yee-roh” or “yee-rohs” (gyros) if plural) is a Greek dish that is similar to shawarmas, doner kebabs, and tacos al pastor. It is made up of thinly sliced meat (usually pork or chicken) taken from a vertical rotisserie. It is then wrapped or stuffed into a piece of pita with some onions, tomatoes, and a sauce.

Niçoise (pronounced “nee-swaz” is the term used to call natives or locals from the city of Nice (“nees”) in France. That said, the word is also used to describe a type of salad that originated from Nice. The classic version is made of Niçoise olives, tomatoes, hard-boiled eggs, and anchovies or tuna, then dressed with a drizzle of olive oil. It is a simple but delicious salad that was inspired by the produce brought by the Nice summers. The Niçoise salad has been recognized by many chefs and food personalities as one of the best summer salads out there. 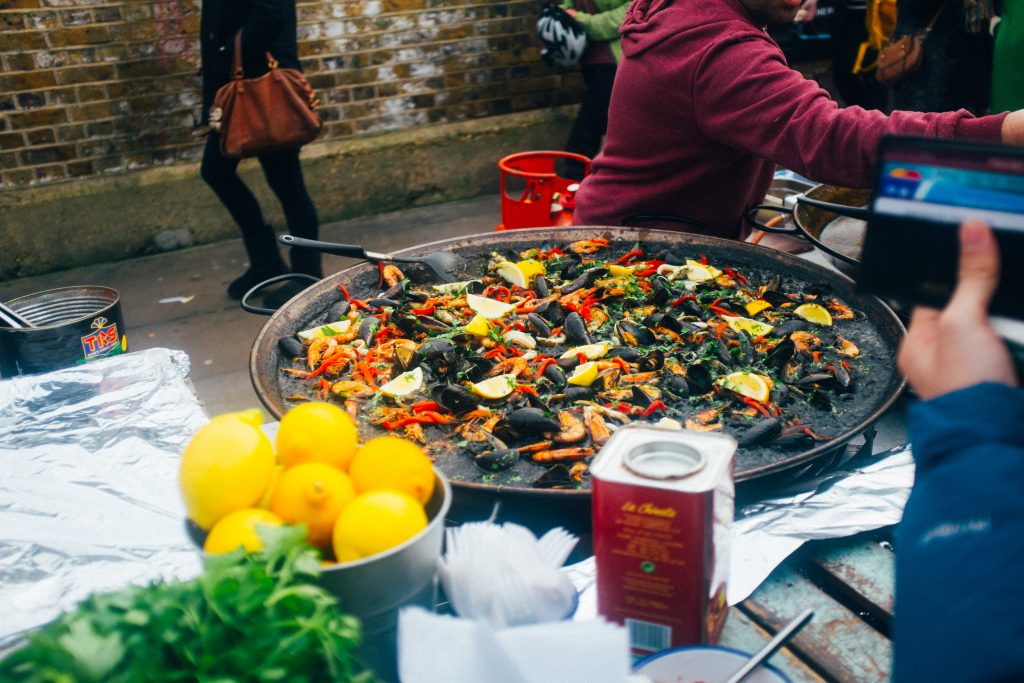 Paella is a famous rice dish from the region of Valencia in Spain. It is one of the most popular Spanish dishes, named after the shallow pan used to make it. The dish consists of rice and various other ingredients; there are many kinds of paella, such as the traditional Valencia-style, paella de Marisco (seafood), and paella vegetariana (vegetarian).

The word paella is pronounced as “pa-ey-ya” in American English. But if you would like to be more technical, Spanish locals also pronounce it as “pa-eh-ja.” 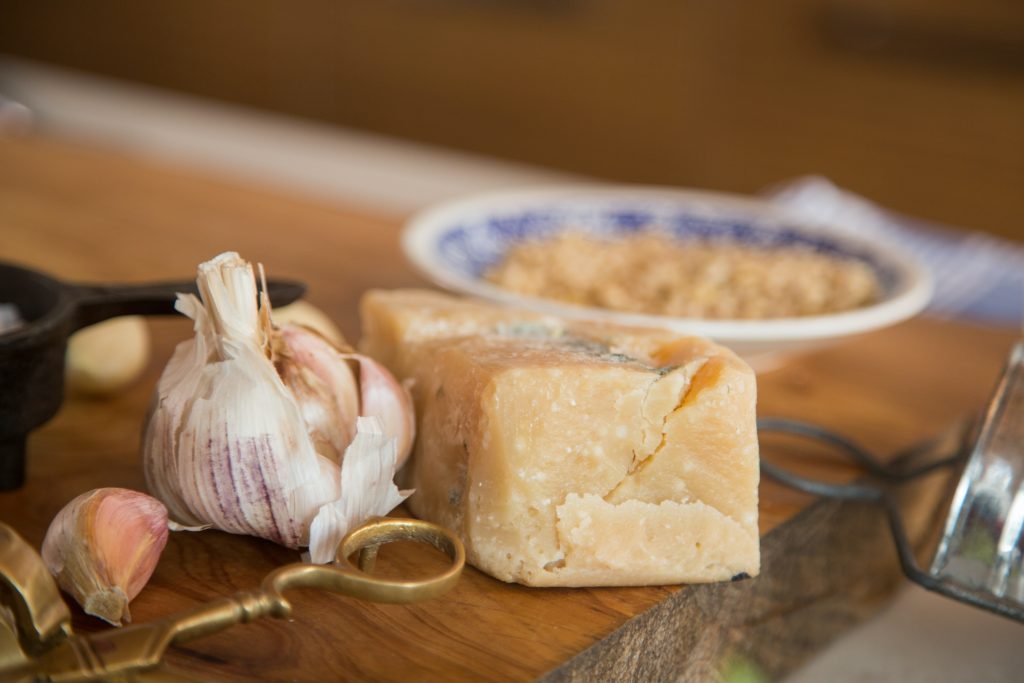 Parmesan is a hard, dry cheese that is usually grated when used. Many of us have eaten it since it is commonly used in Italian dishes, especially pasta. And while the word is straightforward, the “s” sound in Parmesan should be pronounced more like a “z” and the “me” more like a “muh,” the word as a whole being said as “par-muh-zan.” 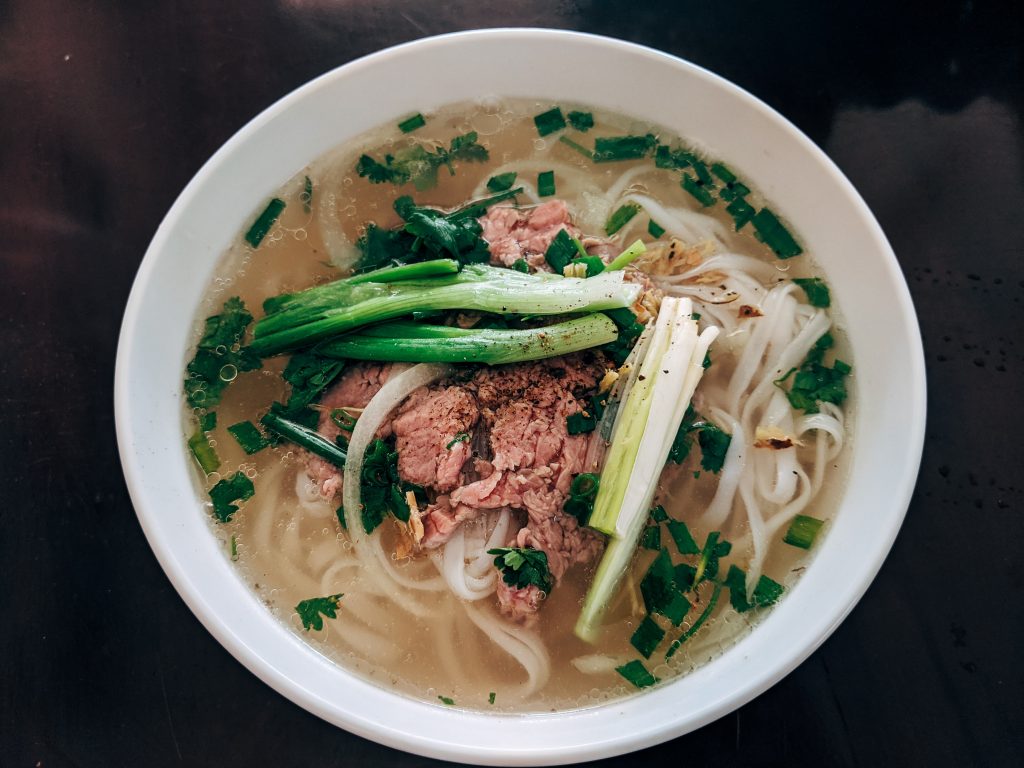 A lot of people pronounce the word pho similar to “foe.” But the correct way of saying this term is “fuh.” Pho is a Vietnamese soup made with a flavorful broth, rice noodles, fresh herbs, and, occasionally, meat. In Vietnam, it is served everywhere—in homes, in street carts, and even high-end restaurants. It has become so widely known that it is a usual sight in Asian restaurants around the globe.

Worcestershire is one of the most commonly mispronounced food words. The spelling itself causes confusion—and it becomes even more frustrating when you pronounce it because it is somewhat far from the combination of letters.

Worcestershire is pronounced as “woo-ster-sheer.” Worcestershire sauce is a fermented condiment that originated from Worcester, England. It is made from a vinegar base flavored with anchovies, molasses, tamarind, onion, garlic, and other seasonings. It is savory, sweet, and slightly tangy, and is used either as a table condiment or as a marinade. It is also one of the main ingredients of a Bloody Mary, a popular savory cocktail.

LingualBox has a team of professional tutors who can help you improve your English speaking, writing, and comprehension skills. Our courses are simple yet informative and equip you with everything you may need to learn before traveling to, studying in, or living in an English-speaking country. Book a class today to get started!